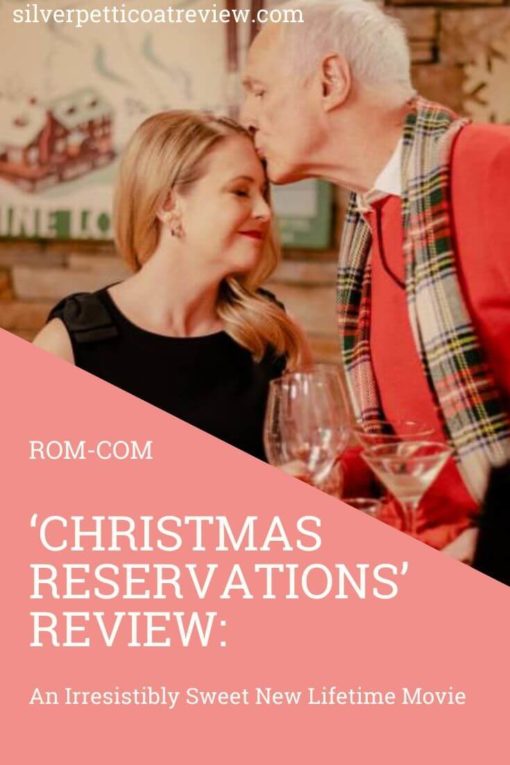 This Christmas rom-com will melt your heart with first love, holiday cheer, and Bollywood dancing.

Melissa Joan Hart brings the new crowd-pleasing, holiday movie, Christmas Reservations to Lifetime, and it’s the perfect kickoff to the TV Christmas movie season. This ensemble film is full of enjoyable love stories, nostalgic Christmas warmth, and even family ties. Michael Gross once again stars as the lovable Dad we all want while Hart brings her likable charm, making it must-see holiday entertainment. While not revolutionary or genre-bending, Christmas Reservations is a refreshing take on the romantic Christmas movie genre. The TV movie adds diversity, relatable characters, and romances with people of all ages. It’s also good, old-fashioned romantic escapism.

The Story of Christmas Reservations

Holly Anderson (Hart) is the event coordinator at her widowed father’s holiday lodge, the idyllic Treeline Ski Resort. Everything seems to be going nicely for the week of Christmas, that is until Holly’s college sweetheart, Kevin (Ricardo Chavira), checks in to the inn with his two children. As her old feelings for the “one who got away” return, she must face her reservations about life and love. But will they find their happy ending all these years later?

While Holly dreams of becoming a photographer and being with Kevin, she doesn’t want to abandon her father. Kevin, on the other hand, has big dreams of his own but wants to do what’s best for his kids. However, his two children have different ideas for him. They wish for him to fall in love again. Well, that and they also hope for a golden retriever for Christmas.

Yes, there’s a dog in this movie – and he runs around wearing reindeer antlers to get around the “no dogs” at the lodge rule. It is that sort of movie. So, if cute dogs and gooey love stories aren’t your things, this rom-com will not be your cup of tea – or hot chocolate. Christmas Reservations is a hot chocolate sort of film, after all, full of warmth and sentimentality.

The Ensemble of Christmas Reservations

On the surface, this sounds like almost every other romantic Christmas movie out there. But it’s more an ensemble piece than most. In an interview with TV Insider, Melissa Joan Hart compares the Christmas movie to The Love Boat, and it’s a fair comparison.

Guests from around the world arrive, and then the romantic fun begins. Christmas Reservations includes several cute love stories rather than just one. Plus, the cast of characters is refreshingly diverse. And it’s not only the young people falling in love. (Thank goodness.)

The story switches between two motifs: first love or falling in love again after overcoming hardships. The central love story follows Kevin and Holly, college sweethearts who get a second chance at love. Then there’s Tom (Gross) and Tay (Markie Post), an older couple connecting over their love of Christmas.

To add to the mix, the real-life married couple, Gigi Rice and Ted McGinley, play Kay and Duffy – a fun-loving free spirit and a former Olympian still reliving his glory days. The two begin a flirtatious relationship at the lodge, though it may become something more.

And then the young Indian girl, Preena (Nida Khurshid), develops a crush on the American boy, Leo (Eric Grooms), much to the worry of her Dadi (Moonie Fishburn).

The Importance of Family

Besides being a romance, Christmas Reservations is also about the importance of family. The relationships between fathers and daughters, loving sisters (played by the lookalike actresses Markie Post and Gigi Rice), grandmothers and granddaughters (an Indian grandmother helping her granddaughter prepare to go to university in America), and more. And while each relationship is uplifting, the messages aren’t irritating or overly sugary.

Filmed in Lake Tahoe, Christmas Reservations has a fun script and a picturesque setting. And while there’s nothing overtly arty about the movie, it accomplishes what it set out to do: entertain.

Overall, if you enjoy cheesy, happily-ever-after Christmas movies, then Christmas Reservations won’t disappoint. It’s an amusing holiday movie worth watching with the entire family and a lovely escape for a couple of hours. So, grab a cup of hot apple cider and savor the nostalgic holiday sweetness with just a dash of spice.

Where to Watch: Check your local Lifetime listings. You can also buy (very cheaply) on Amazon Video.

Did you watch Christmas Reservations on Lifetime? What did you think? Drop a comment below.