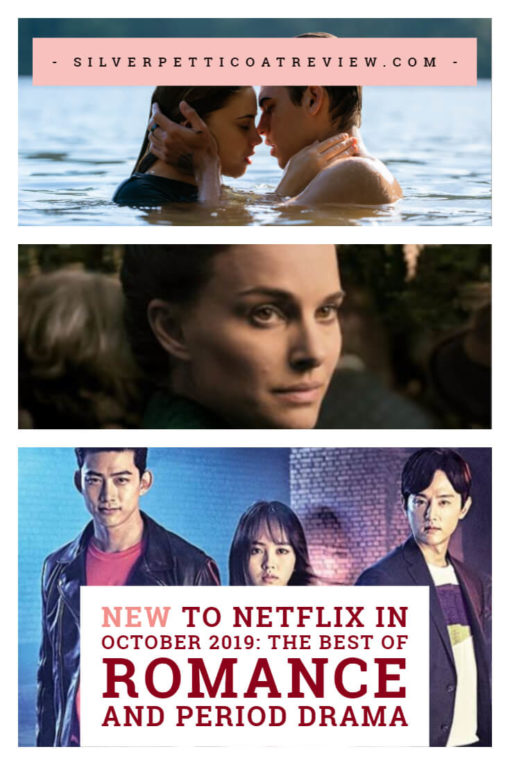 If you missed Call the Midwife when it aired on PBS, good news, season eight was added quietly to Netflix in September. So, all eight seasons of this fantastic period drama series are now available to watch.

Bring It On, Ghost: Season 1

Fans of paranormal romance with comedy will love this KDrama series about a 19-year-old ghost helping other ghosts cross over to the other side.

Cheese in the Trap: Season 1

If you’re a fan of romantic Korean Dramas, this is another good series to check out. Besides the relatable story and believable characters, this one also stars the popular actress Kim Go-eun from Goblin.

Part costume drama, part fantasy, this excellent Korean Drama series tells the story of three resistance fighters during the Japanese occupation of Korea in the 1930s reincarnated into the present day. Writers will likely enjoy this series.

In the mood for a cute and entertaining rom-com? No Reservations is an excellent choice to watch on a girls’ night in together. Nothing brilliant or groundbreaking here, just a traditional romantic comedy with a great cast!

This romantic superhero film is good old-fashioned ’80s fun! Sure, it’s on the cheesy side, but it’s still an enjoyable movie filled with girl power and nostalgia.

RELATED: PREVIEW OF THE BEST FALL 2019 SHOWS ON ACORN TV

This version of the popular caped superhero shows Brandon Routh and Kate Bosworth star as Superman and Lois Lane. While Bryan Singer’s version lacks originality, Routh still gives a charming performance worth checking out. You’ll want to be up to date when Routh puts on the Superman costume again this year for the upcoming DC crossover event on the CW called “Crisis on Infinite Earths.”

Ewan McGregor and Scarlett Johannson star in this romantic sci-fi film. It’s a Michael Bay production, so don’t expect artistic greatness. But it’s an entertaining movie with fantastic actors. And I’ll watch anything with Ewan McGregor as the romantic leading man!

Based on the popular novel, this time-travel romance tells the story of Henry, a librarian forced to travel through time, causing complications in this marriage. While there are a few “creepy” elements to this romance (IE: Did Clare really have any other choice but to marry Henry?), this is a lovely romantic drama film starring Rachel McAdams and Eric Bana.

Based on the trailer, this looks like an amusing romantic comedy from Mexico. The rating and content are unclear.

If you love teen romances about redemptive bad boys, this new drama, based on the novel by Anna Todd, should be on your radar. In this story, a college freshman falls in love with a brooding bad boy carrying a dark secret.

The Awakening of Motti Wolkenbruch (2018)

I don’t know much about this Swiss romantic drama, but it could be cute! A young Orthodox Jew falls in love with a young woman his mother doesn’t approve of. Rating and content are unknown.

Natalie Portman wrote, directed, and starred in this historical biographical drama about the life of the young author, Amos Oz, during 1940s Israel. This period drama may not be to everyone’s taste as it’s a difficult and even depressing film. But Portman proves she has the talent, and it’s worth checking out.

What romances or period dramas are you looking forward to watching on Netflix in October 2019? Let me know in the comments!

1 thought on “New to Netflix in October 2019: The Best of Romance and Period Drama”