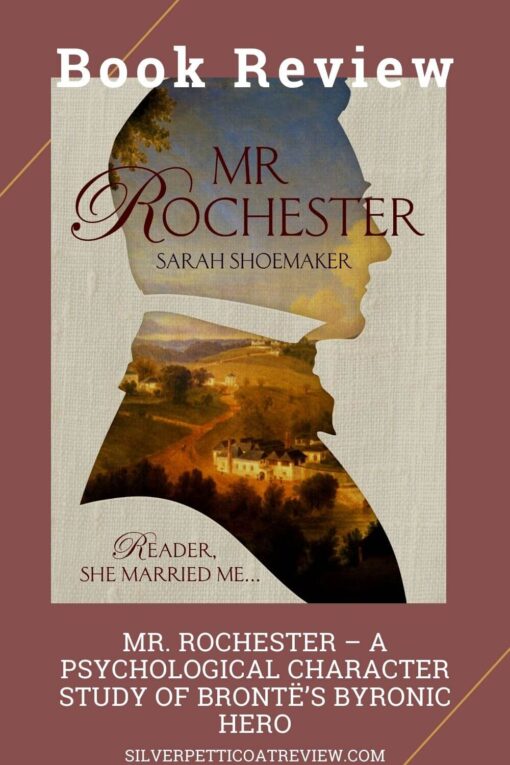 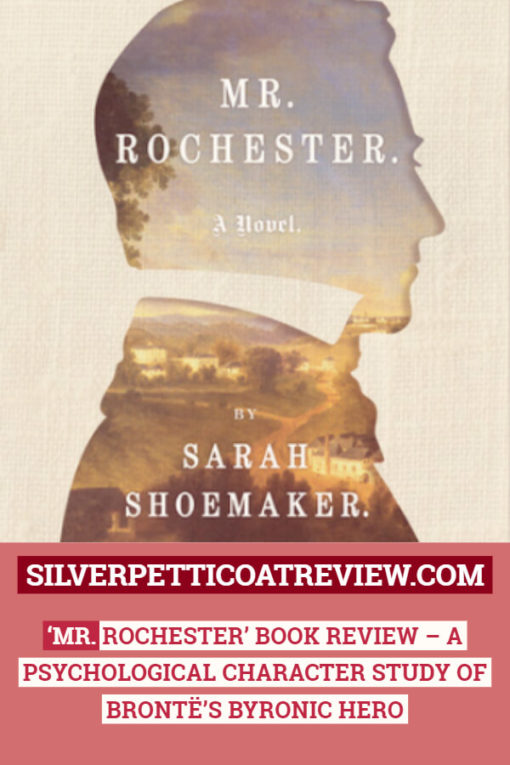 If you love Jane Eyre, find out all about the historical fiction book, Mr. Rochester.

Jane Eyre is one of the most popular and beloved stories in English literature. Charlotte Brontë’s spiritually strong and emotionally independent heroine is unique and admirable. Plus, the relationship between Jane and her employer Mr. Rochester is more than just a romance; it is a meeting of souls.

Without fail, however, every time I re-visit Jane Eyre, I end up with mixed feelings about the Byronic Rochester. I always wonder about his feelings, their origins, and his mercurial behavior towards Jane.

Perhaps like me, you too want to understand Edward Rochester better. If so, you should read Sarah Shoemaker’s novel, Mr. Rochester.

ABOUT THE MR. ROCHESTER BOOK

Mr. Rochester is a book of three parts. It begins with Rochester’s emotionally lonely childhood, education, and distant relationship with his brother and father. The book then follows him into adulthood and his years in Jamaica, where he meets Bertha Mason and manages his father’s business interests there.

Others only get the best of us when they sense a weakness. One can never hurt a man who refuses to be hurt.

Eventually, we see his return to England and Thornfield with his now insane wife. When her presence taints the only place that feels like home, he heads to Europe, where he encounters Celine Varens. Finally, he returns to Thornfield, and an encounter with a plain little governess changes his life.

Even now, when I think of Thornfield-Hall, I choose to remember what it was then—the playground of my childhood—and not what it was to become: a place of secrets and threats, of angers and fears.

You may think you know the story, but do you? Because this one belongs to Edward Fairfax Rochester, not Jane Eyre. If you expect this book to be a re-telling of Jane Eyre from Rochester’s perspective, you might be disappointed.

While that part of the story doesn’t change, Jane’s presence does not arrive until the book’s last quarter. Instead, this is a comprehensive character study of a man’s life.

Like Jane Eyre, I found Mr. Rochester slow to grab my interest.  But just like with Brontë’s novel, the time spent in Rochester’s childhood years sets the foundations for his actions and choices later in life.

These years are crucial in understanding the adult. I felt so much compassion for the child yearning for a place to belong and for the human connection missing in his family relationships. It’s interesting to contrast the seemingly self-assured man of Brontë’s novel with this Rochester subconsciously yearning to be known.

He had no idea how I pined for a real home, with a real family.

Depending on your interpretation of the character, Mr. Rochester reveals a much more principled and compassionate Rochester than some readers are familiar with. His committed care of his wife Bertha, his taking on the wardship of Adele, even his treatment of those in his employ betrays a man of character almost equal to Jane’s. However, this is later tainted by the choices he makes in despair.

ASK, AND YOU SHALL RECEIVE

Mr. Rochester also answers several longstanding questions (as interpreted by Shoemaker) and even some I didn’t think to wonder about, such as his middle name or how he comes to own Pilot and Mesrour. It explains his sometimes questionable treatment of Jane.

Most importantly, it reveals the crucial importance of why he insists Jane call him by his name, Edward. And that revelation sums up the whole psychology of his character.

Although this is not the story I expected to read when I picked up the book, it provided the more in-depth character analysis of Rochester I always wanted.

However, The Mr. Rochester book read somewhat like a diary of events, which I felt lacking in real emotion at times. I also wished it had a bit more dialogue.

Still, these complaints are easily explained away with issues accurately reflecting Rochester himself, a man of great emotional control, not given to chatter.

It’s also a long book moving at a steady, slow pace. At times, I had a hard time pushing through. A little editing of the length might have helped the book retain my interest more consistently. However, I’m glad I stuck with it because it was well-written and so worth it.

If you’re looking for a masculine re-telling of Jane Eyre, Mr. Rochester may not interest you. But if you’re a patient reader wanting to understand one of literature’s most famous romantic leading men, then I guarantee you will find that in this novel.

Honestly, I think any adaptation of Mr. Rochester would be tricky. But done well, it would make a perfect prequel to all the Jane Eyre adaptations.

Content Note: All bedroom scenes are “clean” and only alluded to. However, there are a couple of uses of strong language from one of the characters.

Have you read this book? Do you agree with my review of Mr. Rochester? What is your overall opinion of Brontë’s hero?