‘Gentleman Jack’ – A Dazzling, Emotional Romance You Need To See

Based on the real coded diaries of Anne Lister, Gentleman Jack is a fascinating historical series worth watching. If you like shows like Downton Abbey, North and South, or The Paradise, you’ll almost certainly like this. And if you’re looking for some fantastic writing, beautiful sets and costumes, and phenomenal gay representation, give it a watch. You won’t be disappointed.

Gentleman Jack began airing on HBO on April 22, 2019. One full season is currently available, with a second on the way.

THE STORY OF GENTLEMAN JACK

In 1832 Yorkshire, Anne Lister has just returned to her family home of Shibden Hall. The Industrial Revolution is just beginning, and Anne is determined to keep Shibden in the family. And if this means going against the grain of society by doing un-ladylike things such as collecting rent from tenants and mining for her own coal, well, then, so be it.

Anne’s never fit into people’s expectations of a lady and runs circles around polite society while everyone else can only stand by and watch. The series follows Anne’s business pursuits, her relationship with her family, and her romance with the wealthy heiress Ann Walker.

Our leading lady is Anne Lister, who has already become one of my favorite female characters of all time. She’s confident, she’s charismatic, she’s clever, and she’s funny. Above all, she truly does not give a damn what anyone else thinks.

At the same time, she’s capable of being tender and vulnerable, especially with the people she loves most. All this makes her a compelling protagonist, and relatable, even to a modern audience. Anne also serves as the show’s narrator, sharing her most intimate thoughts with the audience. These passages are often lifted word-for-word from the real Anne’s diary.

In many ways, Anne is the perfect romantic lead. She’s romantic and beautiful, impossibly charming, and willing to move Heaven and Earth for the woman she loves. Who wouldn’t want to date someone like her? In fact, who wouldn’t want to be someone like her? Even when Anne is being stubborn and sometimes insufferable, her heart’s usually in the right place. Her refusal to cow to people’s expectations makes it impossible not to root for her.

To cap it off, Suranne Jone’s acting as absolutely impeccable. If she doesn’t get an Emmy nomination for this role someday, I will be sending several people some very angry letters.

The deuteragonist is Miss Ann Walker. In many ways, Miss Walker is everything Anne Lister is not; she’s feminine, shy, demure, and sheltered. But while people might walk all over her, and she has trouble standing up for herself, Miss Walker is definitely not weak.

In many ways, she grows and changes more over the course of the season than Anne does. Much of the story is spent watching her grow from a pushover and near shut-in, to a more strong-willed woman. By the end, she’s much more willing to call the shots. Her character development is wonderful to see. I can’t wait to see how she continues to grow in the next season.

Rounding out Gentleman Jack’s cast are many, many supporting characters. Anne’s family is the source of much of the show’s humor, and her sister Marian is a fantastic foil to her. The crooked Rawson brothers are Anne’s business rivals, and the primary antagonists for the first season, being every bit as slimy and unscrupulous as Anne is likable and charming.

Another intriguing character is The Queen of Denmark. Despite only showing up for one episode when Anne is traveling, she has great chemistry with her and is one of the few characters accepting Anne instantly and gets on well with her.

One of Anne’s tenants, Thomas Sowden, has a remarkably compelling subplot, despite his story only getting a few minutes per episode. I’m hoping we get to see more of Thomas next season because the actor is incredibly likable – as far as I can find, this is his first big acting job – and his storyline of dealing with the fallout of his abusive father’s death is interesting.

Overall, everyone in the series is perfectly cast, and the way everyone’s story ties into Anne’s is great to watch. I can’t wait to see what new characters we’ll get to meet in season two, as well as what the writers choose to do with the current cast.

The emotional core of Gentleman Jack is Anne’s courtship of Ann Walker. While Anne initially begins pursuing Miss Walker primarily out of boredom, the flirtation quickly grows into something much deeper and more meaningful.

Much of Miss Walker’s character development is thanks to Anne’s love, Anne being the first person to truly see and appreciate her for who she is. At the same time, Miss Walker brings out the best in Anne. Around her, Anne’s brash demeanor slowly gives way to something much more emotional, vulnerable, and caring.

Throughout the story, we find out that Anne really hopes to find a woman who’s willing to be with her, and who isn’t ashamed of her “eccentricities,” but she’s also afraid such a woman may not exist. Anne refuses to change for anyone but is also painfully aware that this might mean she won’t ever find the lifelong companion she really wants.

Towards the end of the season, Anne finally admits to Miss Walker that she’s not as untouchable as she’d like to pretend. But that’s okay, because finally, after so many years, she’s found someone that loves her just the way she is.

The course of true love never did run smooth, however, and it’s no exception for Anne and Miss Walker. Have a box of tissues at the ready; between society’s view of homosexuality at the time, Miss Walker’s self-confidence issues, and many, many poor attempts at communication, things are not easy for the two.

But, don’t worry – the show never loses its sense of humor (the series is written by a comedic genius, Sally Wainwright), and the first season ends on a deeply uplifting and heartwarming note for Anne and Miss Walker. After several episodes of false starts and trials for the women, it feels very earned.

Where to watch Gentleman Jack: HBO

Have you watched Gentleman Jack? Tell me your thoughts in the comments below!

Photo Credit: HBO and BBC One.

Our romance-themed entertainment site is on a mission to help you find the best period dramas, romance movies, TV shows, and books. Other topics include Jane Austen, Classic Hollywood, TV Couples, Fairy Tales, Romantic Living, Romanticism, and more. We’re damsels not in distress fighting for the all-new optimistic Romantic Revolution. Join us and subscribe. For more information, see our About, Old-Fashioned Romance 101, and Modern Romanticism 101.

If you enjoyed this article, please help us spread the word! Share with your friends or save to Pinterest to read later.

The Hour: A Compelling, Intelligent Period Drama from the BBC 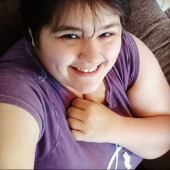 Susan Mesler-Evans is an extremely tired college student who keeps herself sane by losing herself in fictional worlds. (Nothing like reading about a girl in life-threatening danger to make finals seem less daunting!) Her presence on this site is the result of her having read "Pride and Prejudice" for a class she took in high school and never getting over it. When she's not reading, or working towards her dream of being a published YA novelist, she can usually be found scrolling through Tumblr, listening to show tunes, stalking her favorite celebrities on Instagram, or playing video games.... very badly. Her favorite period romance is "Pride and Prejudice," but if you give her a clever, likable heroine and some pretty costumes, she's all over it. If you want to talk to Susan, you can find her on her website at susanmeslerevanswrites.com.