35 Times Felicity Smoak Made You Laugh, Cry and Cheer 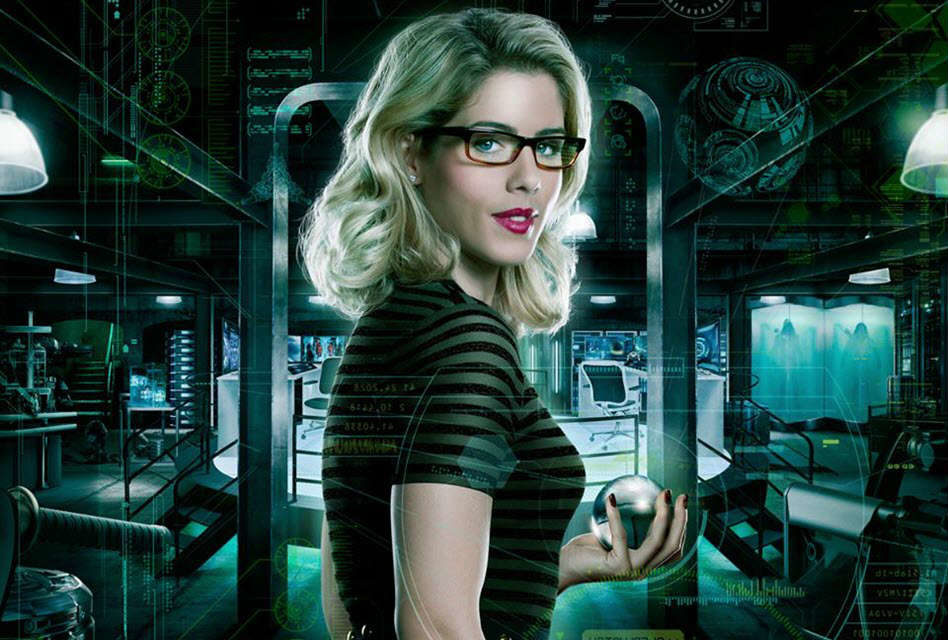 I don’t know about the rest of you, but I cried. Like a baby. The character of Felicity Smoak quickly became a fan favorite and an instrumental voice in the series. She is brilliant, compassionate, and funny. She loves with everything she has and is, more often than not, the voice of reason. Felicity is fierce in character. Which, quite honestly, makes her stronger than any other character on Arrow.

The last episode of Arrow is quickly approaching. It’s unknown whether we will see Felicity back in at least one episode when Arrow airs its final season next year. Thus, in honor of Felicity Smoak (and Emily Bett Rickards), I put together a list of just a “few” of Felicity’s best moments. Okay, so it’s like 35 moments…..what can I say? She totally rocks!

Obviously, the list is not all-inclusive and is totally subjective. And, since I’m behind on my Arrow viewing, I turned to Twitter for help from my fellow Felicity Smoak fans. They came through and provided their favorite moments during Seasons 6 and 7. So, without further ado, let’s revisit Felicity Smoak’s best moment on Arrow.

35 Times Felicity Smoak Made You Laugh, Cry and Cheer

This first meet-cute is right up there with the all-time great first meet-cutes. Felicity is clearly not buying what Oliver is selling. Better yet, Oliver’s attempt to charm Felicity backfires. Instead, Oliver finds himself utterly charmed by Felicity! As Oliver later told Felicity, it was the first time since his return that he saw someone as a person. It was the first time that anyone, other than Diggle, really saw Oliver, too.

#2 Felicity Is All of Us Swooning Over Oliver

How can you not love a woman who unabashedly says what the rest of us are all thinking? Of course, she notices! I adore how flustered Felicity gets when she realized what she said. However, I love how she doesn’t let it distract her from Oliver’s ridiculous cover story!

And Original Team Arrow is born. What makes this such a fantastic Felicity Smoak moment is how she dictates her terms for joining the team. Even wounded, Oliver is intimidating. Yet, Felicity stands her ground. She doesn’t lose sight of who she is and what she wants. Thus, Oliver can either accept it or leave it. I was so glad Oliver accepted!

A Felicity Classic! The look on both Diggle and Oliver’s faces and the few seconds it takes Felicity to realize what she said gives us one of her best, laugh out loud moments. I love that this part of her personality never changes!

This is, hands down, one of the funniest moments on Arrow. Nuff said.

One of my favorite things about Felicity Smoak is that she’s relatable. Yes, she’s super (super!) smart, but her fighting skills? The same as mine. Pumped on adrenaline, we are capable of anything. And in this case? That 2×4 was mighty handy for Felicity to help Oliver!

I am never tired of Felicity speaking her mind and standing up for herself. This side of her was the most consistent part of her character. The first time I saw this, I cheered. I cheered the second, third, and fourth time as well. Who wouldn’t?

#8 The Art of Spilling Truth Tea

When it comes to serving Oliver a large pot of steaming truth tea, Felicity made it an art. No one else compares. This moment is part of the foundation of their relationship. Honesty. It’s central to their relationship and when it’s missing….well, we’ve seen what happens in later episodes and seasons.

#9 She Makes Her Own Choices

Felicity Smoak is brave. She’s not without fear but makes choices to serve the greater good in spite of that fear. I love how she stands up for herself. She doesn’t let two overprotective males dissuade her. No, she stands firm and gives them no choice but to accept her decision.

#10 Fearlessly Protective of Those She Loves

This was one of the most amazing Felicity Smoak moments over the course of seven seasons. She faced down the Queen matriarch without fear. Moira’s threats may have hit home, but Felicity didn’t crumble. Instead, she simply left….with dignity. And no promises to keep Moira’s secret.

#11 When Felicity’s Own Plan Makes Her Nervous

There’s so much I love about this scene. I love that she’s in the field and that it is her plan. I especially love that the episodes thus far in the series dedicated to Felicity’s skill set, come full circle. She’s in charge. And despite her nerves, utterly brilliant.

#12 Doing What Felicity Does Best

One of the finer Felicity Smoak moments of Season 2. The catch-phrase spawned blogs, twitter handles….and tees! Plus, once again, Felicity was out in the field fighting crime….with her tablet.

#13 Reminding Oliver Why He Fights

This inspiring, emotional Felicity Smoak moment led to one of the most romantic Olicity scenes. Felicity’s unshakable faith in Oliver gives him what he needs to continue to fight. She doesn’t attempt to appease him. Instead, Felicity goes straight to the heart, showing exactly how well she knows Oliver.

#15 Reminding Oliver That There is Life Beyond the Hood

Despite their crumbling relationship, Felicity does not shy away from reminding Oliver that there is life beyond the hood. His resistance to her words never stopped her. That’s what makes this such a classic Felicity Smoak moment. She keeps pushing where others would back off. While it is heartbreaking, it is also one of the most honest Felicity Smoak moments in the series.

Is there anyone out there who doesn’t want Felicity Smoak as a friend? Yeah, I didn’t think so. This moment here is definitely one of the reasons why we all adore her. I love that she shares her experience to help Barry learn from the mistakes she and Original Team Arrow made.

#17 Even Under Pressure, Her Brain Never Stops Working

Not only did we get a Felicity Smoak centric episode, but we also got to see her in action. Even under extreme pressure, her mind is constantly working. She leads Team Arrow directly to her and Donna AND takes down Cooper. All in a day’s work.

#18 Felicity Establishing Her Role as Queen of the Lair

Her voice drips with disdain throughout the scene. If looks could kill, Malcolm would have expired on the spot.

#19 Felicity Reminding the Boys Why She’s in Charge

I don’t even know why Diggle and Oliver tried to justify their actions. When Felicity Smoak talks….everybody listens!

Here we are in Season 4 and the bad guys continue to underestimate Felicity Smoak!