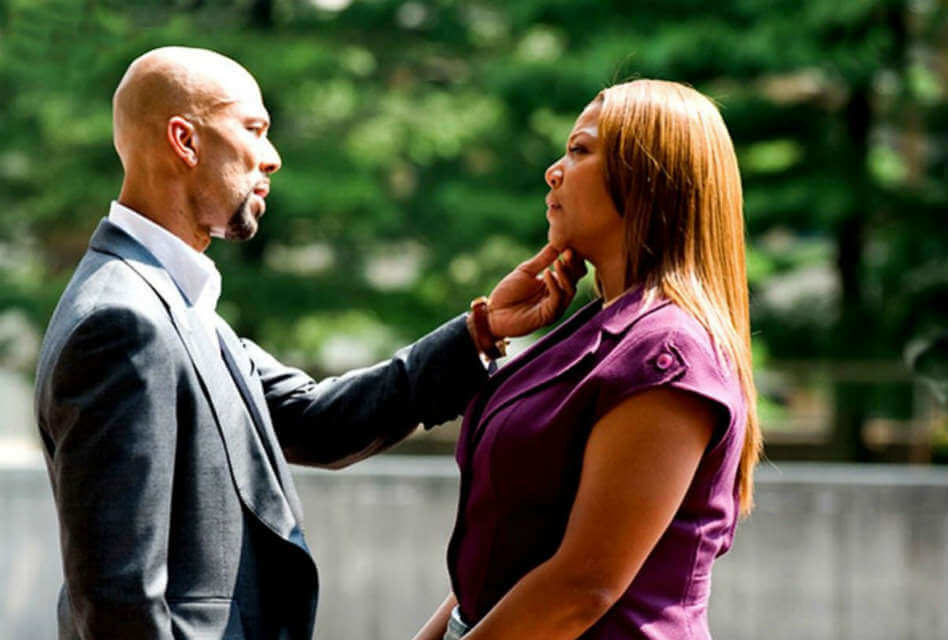 Just Wright has flown under the radar for far too long. It’s an appealing romantic comedy starring Queen Latifah and Common and follows the burgeoning love affair between an NBA star and his physiotherapist.

The NBA Star and the Physiotherapist

Leslie Wright (Latifah) is a straight-talking, no-nonsense physiotherapist, who besides being a gifted physiotherapist is a huge fan of the New Jersey Nets. She meets quite by happenstance one night, the Nets’ star point guard, Scott McKnight (Common), at the gas station. As thanks for helping him out with his car, he invites Leslie to a big party at his house. She accepts.

Leslie’s flighty, beautiful, gold-digging god-sister, Morgan, insists on coming along to this party. She has aspirations to be a trophy wife, and a party full of NBA players is perfect hunting grounds. Leslie takes her along. And then watches as Scott flirts shamelessly with Morgan. Morgan and Scott soon start up a relationship.

RELATED: MOVIE REVIEW: THERE’S SOMETHING SPECIAL ABOUT SOMETHING NEW

But then Scott needs a physiotherapist when he wrecks his knee. Shallow Morgan – fearing Scott’s fall from fame – decides to move on to greener pastures. But not before Leslie’s been called in to whip the depressed Scott back into tip-top shape. Leslie begins an intensive in-house treatment program. And as Leslie and Scott begin spending so much time together, getting to know one another, maybe there’s something to be said for a smart, no-nonsense physiotherapist.

Of course, it’s not quite that straightforward. And Morgan might not be done with Scott, especially when all his hard work pays off, and he’s back on the court and in the limelight. So, Scott’s going to have to decide who he wants beside him in life – arm candy or a woman of substance, talent, and gumption. You know, someone Just Wright…

A Woman Who Knows Her Worth

Queen Latifah is a powerful presence in Just Wright, carrying the film. She is eminently likable and relatable and inspirational. Queen Latifah’s Leslie Wright is a woman who knows herself and her worth. She is self-confident, so there are no waffles over her worthiness regarding this hot man. So, while the film follows the standard rom-com tropes, it has a very refreshing lead.

As shallow as god-sister Morgan may be, she and Leslie love one another. So, there’s no catfighting going on. They treat each other with much grace and respect. That, too, is refreshing.

And the ending, well, the ending, too, is refreshing in its understated way. Leslie Wright, that straight-talking physiotherapist, has no need of groveling. Even if I thought a certain NBA star needed to eat a bit more crow. And that’s all I’m going to say about that.