Victoria & Abdul: A Beautiful Biopic That Will Warm Your Heart 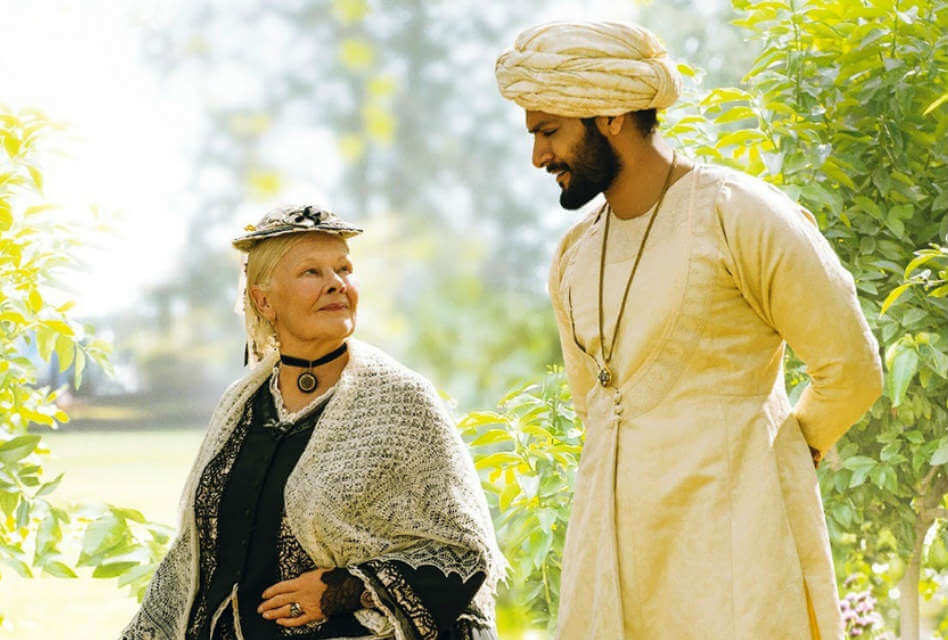 Victoria & Abdul is a biopic based on the real-life relationship between Queen Victoria in her last years and her Indian Muslim servant Abdul Karim. Although, we can assume that many liberties have been taken to pep up the entertainment. Stephen Frears is at the helm of this project. He’s a man who has more than a few biopics under his belt. Not to mention that he’s behind the much-heralded biopic of another British queen, namely Queen Elizabeth II in The Queen. Suffice it to say, this is a director who is very familiar with the genre.

In Victoria & Abdul, Dame Judi Dench reprises her role as Queen Victoria. And that reprisal is one of the joys of his film. Dench last played Queen Victoria in the acclaimed Mrs. Brown (1997). However, Victoria & Abdul is not a sequel per se. But for her to pick up the role again as the old queen in the waning stages of her life lends a sort of authenticity and poignancy to the film.

Meanwhile, supporting Dame Judi Dench is a wonderful ensemble cast. Ali Fazal is delightful in his role as Abdul. Tim Pigott-Smith puts in a wonderful performance, one of his last, as Victoria’s longsuffering and immensely proper personal secretary. The movie came out after his death and is a fitting final note for his career. Eddie Izzard is a revelation in his role as Victoria’s ambitious son Bertie. Olivia Williams, Michael Gambon, Simon Callow – yes, many period drama favorites show up here.

The Story: A Breath of Fresh Air

For Queen Victoria’s Golden Jubilee in 1887, a delegation from India arrives to present the queen with a specially minted golden coin, a mohur. To make this presentation, two Indians have been plucked from their lives and shipped off to England. Mohammed doesn’t want to be there. Abdul, a prison clerk from Agra, on the other hand, is very excited about meeting the queen. They are duly dressed up in exotic garb, fitting the British sense of how Indians should look. And are given strict instructions about how to interact around the queen. For instance, never addressing her, looking at her, turning their backs on her.

However, Abdul breaks all the rules. Of course, for a queen isolated in a bubble created by etiquette, privilege, and tradition, this smiling man is a breath of fresh air. In puncturing that bubble, he awakens her. It sparks life into this lonely woman, who’s been longing for death.

These two become fast friends. She promotes him to Munshi, a teacher. Then she starts learning Urdu and the Koran. She favors him. So, all the court officials are duly suspicious and horrified. This is all very untoward and outside traditional protocols. But Queen Victoria insists on maintaining the relationship, taking her Munshi with her pretty much wherever she goes.

And that’s pretty much the movie. It’s a look at this unlikely friendship between a dying queen and a young Muslim teacher. It’s a relationship that is continually rejected and tested and undermined by the court, by Victoria’s heirs, by parliament.

Beautiful and Brushing Over History?

Victoria & Abdul is a beautiful film, very touching and tender and funny and sad. Yes, it hits all the hooks to get the emotions going. And yeah, it’s not historically accurate. It doesn’t dig into the nitty-gritty of colonial relations. Not to mention, the film glosses over imperialism and its repercussions. But then, that’s not really the scope of the film. It’s not macro in its lens, it’s micro, focused on this intimate relationship. Of course, folks then argue that the macro affects and shapes the micro. There’s been much criticism of the film for not looking at the bigger picture, for making Abdul not openly discontented with his lot in life and critical of the structural power imbalances.

RELATED: ROMANTIC MOMENT OF THE WEEK: VICTORIA AND ALBERT

Yeah, it’s not historically accurate. But what it is – is a heartwarming film about a lonely, aging woman finding a friend. And these two people enriching one another’s lives through their love and compassion and curiosity – despite their vast differences. It’s feelgood all the way. Plus, it’s cinematographically tip-top. The acting is superlative. Dame Judi Dench does not disappoint. Overall, you’re left with a warm, fuzzy feeling after having seen it. I like warm fuzzies.

Content Note: Rate PG-13 for mild language and thematic content. It’s a mild PG-13. I would personally rate it PG.

Where to Watch: DVD/Blu-Ray. You can also stream through Amazon Prime Cinemax Add-On or buy/rent digitally from Youtube, GooglePlay, and Vudu.

38shares
We use cookies to ensure that we give you the best experience on our website. If you continue to use this site we will assume that you are happy with it.OkNoPrivacy policy