Heartbreak for Valentine’s Day: 14 Tearjerkers to Get the Waterworks Flowing 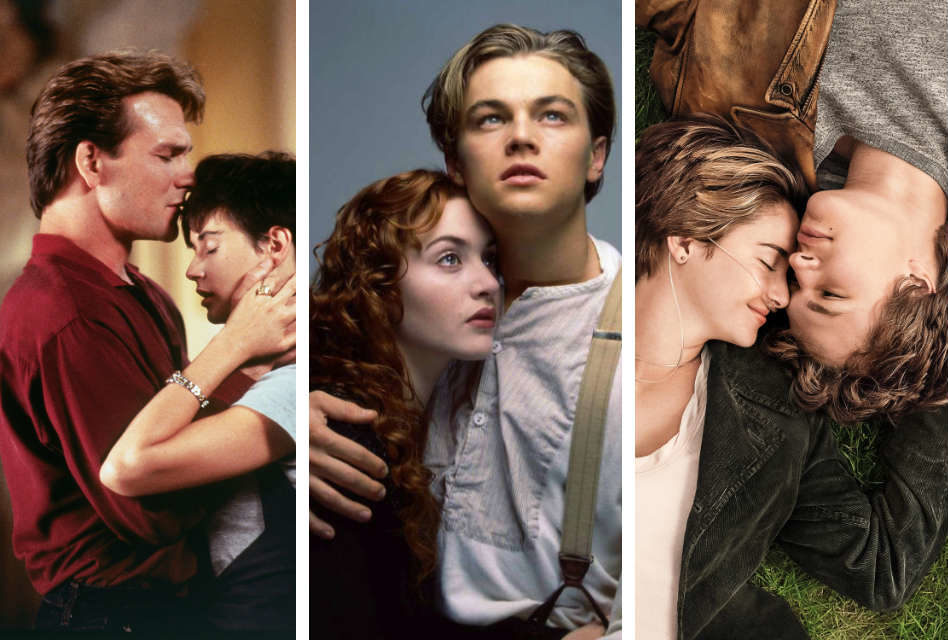 Ah, Valentine’s Day, the day of lovers and love and all things bright and beautiful. And while it’s nice to breathe a sated sigh for love found and happily ever afters, there is also something to be said for bittersweet love. You know, the love that cracks, breaks, is all too brief and fallible. Here and then gone.

So, if you’re looking for a self-indulgent pity party or sobfest on Valentine’s Day, here are some possible entertainment picks. These films are sure to get the waterworks flowing and leave your heart aching and breaking. Wallow and enjoy. And be sure to stack up on tissues and consoling comfort food. You’ll need it.

RELATED: SAD SONGS SAY SO MUCH – 12 MUSICAL TALES TO TUG AT THE HEARTSTRINGS

*Do note that this list is something of a spoiler list by its very nature. A list of tearjerkers necessarily means that there will occur things to jerk the tears right out of you. 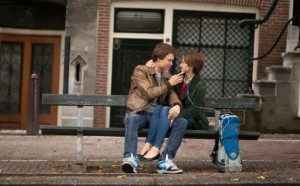 Ansel Elgort and Shailene Woodley in The Fault in Our Stars. Photo: Fox 2000 Pictures.

RELATED: A WALK TO REMEMBER (2002) – A COMING OF AGE LOVE STORY UNDERSCORED BY FAITH IN A HIGHER POWER

The sickbed is always a go-to tragic trope. And as emotionally manipulative as it is, who can resist the burgeoning love of two young cancer patients? Oh, Hazel and Augustus, our fair ones in this unfair life. Theirs is a love that is going terminal, so it’s all about embracing the here and now. Sniff. 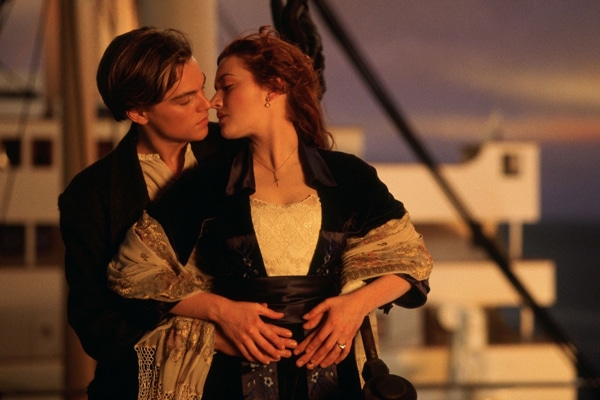 Yeah, yeah, we all knew how this one was going to end. But that doesn’t mean that you’re not hoping against hope that Jack and Rose can survive the icy waters of the North Atlantic. Just praying their love can survive this tragedy-in-the-making. Oh, but hearts go on, as Celine Dion sings, and we snuffle along. 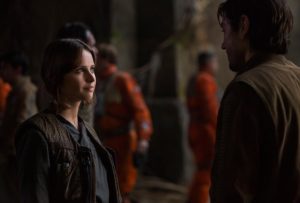 Felicity Jones and Diego Luna in Rogue One. Photo: Lucasfilm.

Love in a time of war is always a kicker to the solar plexus. Goodbyes, uncertainties, subsuming personal feelings to duty. Oh, this Star Wars prequel is a palpable ache in if only. If only there had been time and space and peace enough for Jyn and Cassian to explore the growing tenderness and friendship between them. If only love had room to truly blossom. Oh, what could have been. Alack and alas. 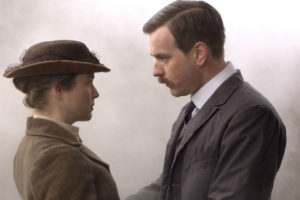 When two soulmates find one another, we want so much for this to just be the happily ever after. Awkward, shy introverts, Beatrix and Norman’s gentle romance is a happy sigh. Norman is such a steadying and supportive force in Beatrix’s life. Oh, so much hope. And then, it all falls apart. And you might just find yourself wailing at the screen. 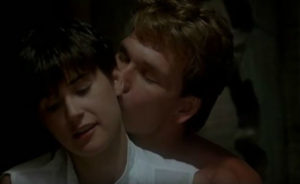 Death does seem to put a damper on happily ever afters. Especially when it’s an abrupt, violent, all-too-soon death. And your ghost refuses to let go, to leave your love behind. Oh, Sam and Molly are lovers divided by death. It breaks any heart. Oh, oh, oh…. 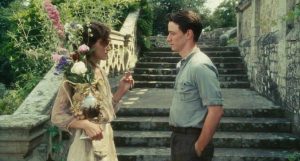 Oh, Ian McEwan’s book is a heartbreaking, gut-twisting mastery of what ifs and if onlys, of imaginings and reimaginings of life’s decisions and their consequences. And the film does the book justice. Oh, the love that could have been between Cecilia and Robbie, if only. If only there hadn’t been that fateful miscommunication and misunderstanding. And, if only there weren’t impossible class barriers. If only there wasn’t a war going on. If only attempts at redressing weren’t too late, just too, too late. Ugh. Right in ticker. 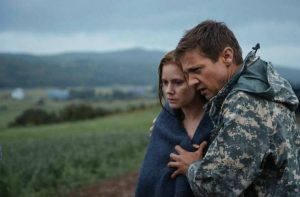 The bittersweet heartbreak of this sci-fi reveals itself in the closing minutes. The happily ever after we’ve been plotting between linguist Louise and physicist Ian seemingly comes to fruition. And yet, Louise knows the love now will not sustain the challenges to come. She knows what will come, what will be, what hearts will break, and still she chooses to love that man right here and now. Oh boy, cue the waterworks. 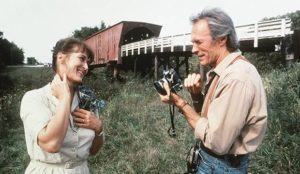 Love, longing, and sacrifice. Oh, what happens when soulmates finally meet, but they’re already tied up in their demanding lives. Dutiful, self-sacrificing Francesca, wife and mother, meets in the photographer Robert the connection she’s never had with her husband, with her children. They blossom in one another’s presence. But personal desires take back burner to family. Oh, the what if that will never be. Pass the chips, please. 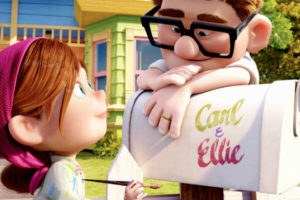 Okay, the first ten minutes of Up are an outright snot fest. Carl and Ellie’s great love is montaged on the screen, all the joys and sorrows. And then Carl is just there alone, a bitter, old man, alone in life without his Ellie. Yeah, blow that nose and wipe those eyes. I’m crying just thinking about it. 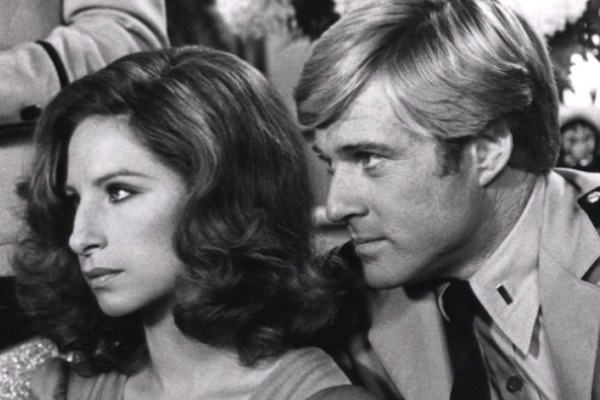 Barbra Streisand and Robert Redford in The Way We Were. Photo: Columbia Pictures.

RELATED: A SCORE OF SCORES: 20 PIVOTAL SONGS FROM FILM

They say opposites attract. And we hope that the love igniting between Katie and Hubbell will burn strong and bright and steady enough to smooth out their differences. But sometimes love isn’t enough. It burns too bright and too fast and goes cold. And you’re just left with the memories of the way you once were. My eyes are misting. Sing it, Barbra! 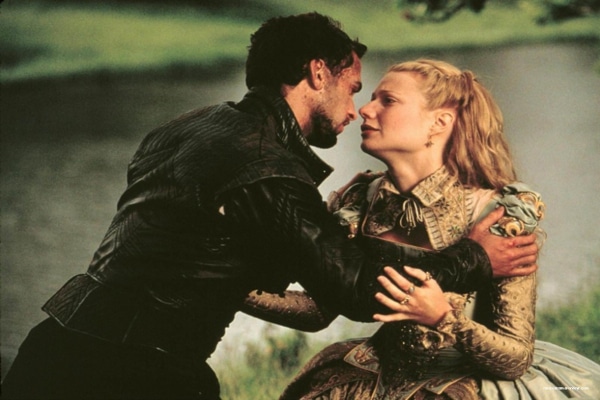 Oh, the bard himself couldn’t even write a happy ending to his love affair with Viola. Societal conventions, familial duties, royal decrees, all can keep even the best of lovers perpetually star-crossed. Que será, será, I guess. But it doesn’t make the heartache any less. 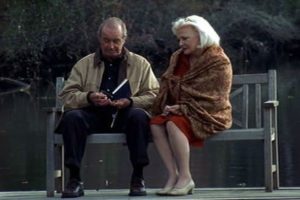 They got their happily ever after, if she can remember it. As disease strips her of her memories, Allie listens to a tale of love from a stranger. Oh, but he’s not a stranger, but her devoted husband, who’s been trying to reach her through the fog of dementia. She’s slipping away from him. And I can’t even write anymore, since tears are splattering on the keyboard. Have a whole box of tissues on the ready for this one. Splat! 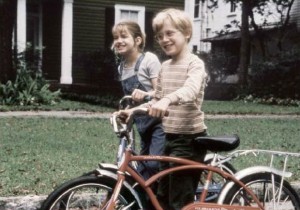 RELATED: REWRITING FICTION: TWENTY MOMENTS WE WISH WE COULD CHANGE

Ah, innocent young love that never does get a chance to come of age. Eleven-year-olds Vada and Thomas are best friends. Life is in upheaval, changes are a-coming. Teenage years are nearly there. But no one foresees the boy who will never grow old. Oh, it’s a devastating business here. Prepare to lose it. 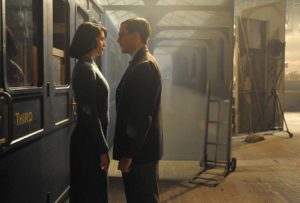 Gemma Arterton and Sam Claflin in Their Finest. Photo: Lionsgate.

“You don’t know what you’ve got ‘til it’s gone,” sings Joni Mitchell. Their Finest is just one long “shipping” of Catrin and Tom to get it together and get together already! And just when they’re almost there. This tentative, exhilarating new beginning, it’s gone. Oh, so cruelly gone. And there’s no going back to get it right. Just onward, knowing what you missed. Oh, this one hurts – in that wallowingly good way. If you’re prone to swollen eyes, do think about when you watch this film. Best not to have an important place to go the next day…

Do you have a favorite “sad” romance that kicks you in the ticker every single time? Let us know in the comments.