The Darkling Bride by Laura Andersen: A Gothic Tale for the Modern Day 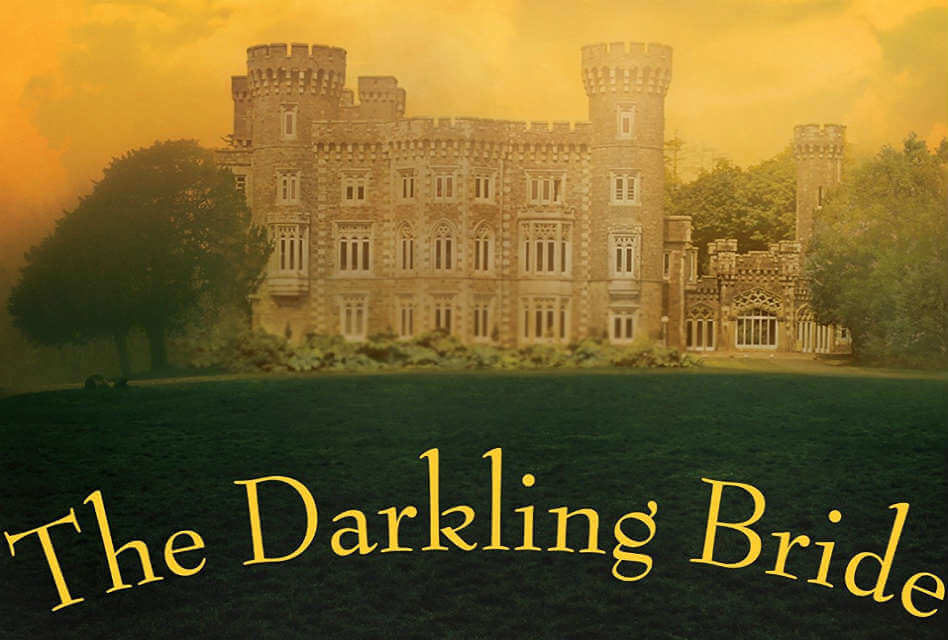 The Gallagher family has called Deeprath Castle home for seven hundred years. Nestled in the Wicklow Mountains of Ireland, the estate is now slated to become a public trust, and book lover and scholar Carragh Ryan is hired to take inventory of its historic library. But after meeting Aidan, the current Viscount Gallagher, and his enigmatic family, Carragh knows that her task will be more challenging than she’d thought.

Two decades before, Aidan’s parents died violently at Deeprath. The case, which has never been closed, has recently been taken up by a new detective determined to find the truth. The couple’s unusual deaths harken back a century, when twenty-three-year-old Lady Jenny Gallagher also died at Deeprath under mysterious circumstances, leaving behind an infant son and her husband, a renowned writer who never published again. These incidents only fueled fantastical theories about the Darkling Bride, a local legend of a sultry and dangerous woman from long ago whose wrath continues to haunt the castle.

The past catches up to the present, and odd clues in the house soon have Carragh wondering if there are unseen forces stalking the Gallagher family. As secrets emerge from the shadows and Carragh gets closer to answers – and to Aidan – could she be the Darkling Bride’s next victim?

Thus reads the official blurb for Laura Andersen’s The Darkling Bride. As the official synopsis lays out, we’ve got all the elements here for a good, Gothic mystery suspense. There’s a remote, haunted castle, with shoddy electricity, poor cell phone reception and no internet. There’s a history of violent deaths, giving rise to supernatural tales involving the curse of the vengeful Darkling Bride. Our heroine, a plucky little thing, arms herself with a flashlight and her wit. While our sexy viscount seems as remote and haunted as his castle.

Opening the Proverbial Can of Worms

Following the brutal deaths of current Lord Gallagher’s parents when he was just a lad, the family seat of Deeprath Castle has been abandoned. Other than caretakers who do the minimal to maintain it, the castle and its violent past have been closed off for over two decades. Aidan Gallagher has fled Ireland and the memories of his parents’ deaths to make a life for himself as a police inspector in London. He’s estranged from his elder sister and great aunt, the woman who raised him. But tired of this millstone around his neck, he decides to divest himself of Deeprath Castle, handing it over to the National Trust.

So, the remains of the Gallagher clan converge for the first time since the tragedy in the castle. They gather to take stock of the castle’s inventory before its transfer over to the trust. And the proverbial can of worms then opens or reopens.

Thrown into this familial hotbed of disorder and dysfunction is the outsider, Carragh Ryan, an American living in Dublin. She’s been hired to make an inventory of the castle’s library. She was especially interested in the job since it would afford her the chance to look for the lost manuscript of Evan Chase. Evan Chase was a renowned Victorian-era folklorist and Gothic writer, whose interest in the legend of the Darkling Bride brought him to Deeprath Castle in 1879. There, he met and married the heir, Lady Jenny Gallagher. But it all ended in tragedy – Jenny died, Evans never wrote again, and the rumored Darkling Bride manuscript never saw the light of day. So, besides her job of cataloging books, Carragh hopes to see if she can learn more of Evan Chase and his lost novel.

With the family thus gathered and the castle once again open, the cold case division of the national police decide to reopen the unsolved murders of Aidan’s parents. So, Inspector Sibéal McKenna is on the case, trying to piece together what happened to Cillian and Lily Gallagher that fateful day two decades prior. Long-lost memories resurface. Coiffed facades crack. The castle seems to have a life of its own, with stories to tell and deadly secrets to share. And words penciled in the margins of a book and on the walls of a tower are clues to solving a mystery.

A Gothic Tale for the Modern Day

The story hops from the present day to that of the love affair between Evan Chase and Jenny Gallagher in 1879/1880 to the events leading up to the violent deaths of Lord and Lady Gallagher in 1992. And the premise is very promising. Our heroine is well-read and self-aware enough to allude to the greats of Gothic suspense: Catherine Morland from Austen’s Northanger Abbey, Daphne du Maurier, the Brontës, Mary Stewart, Victoria Holt. But the writer of this tale just does not live up the greats of this genre. It all falls a bit flat. The romance feels perfunctory. The suspense is suspended on some level. I never felt truly drawn in, swept up.

That said, I did read it in one go, so it’s engaging in its way. And I can only appreciate the attempt to create a modern-day Gothic novel, even if it doesn’t quite crackle with that brooding atmosphere. The Darkling Bride is a solid effort, worth a read for lovers of Gothic romantic suspense…

Adaptation Recommendation: I actually think that a screen adaptation could up the moodiness, the sinister atmosphere of the book. In short, a visual rendering could rectify some of the shortcomings in the novel. And it could be great fun to see a modern-day Gothic tale – without the horror and gore, which is often where the genre goes these days.

Have you read The Darkling Bride? What are your thoughts? Do you have a favorite Gothic read?