A Dozen Tales of Derring-Do

So, without further ado, here are the twelve novels of the Pink Carnation series with brief synopses. As mentioned before, they can be read as stand-alone works. But I would recommend trying to read them somewhat in order. Personal favorites include The Deception of the Emerald Ring and The Mischief of the Mistletoe. (Which I, admittedly, read again immediately upon completion.) Yeah, it’s one of those gleeful ones, where you just want to savor it as long as possible. 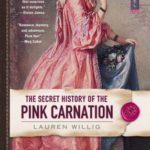 The Secret History of the Pink Carnation (2005)

Setting off for England, Eloise is determined to finish her dissertation on two spies, the Scarlet Pimpernel and the Purple Gentian. But what she discovers is something historians have missed: the secret history of the Pink Carnation – the most elusive spy of all time. As she works to unmask this obscure spy, Eloise has more and more questions. Like, how did the Pink Carnation save England from Napoleon? What became of the Scarlet Pimpernel and the Purple Gentian? And will Eloise Kelly escape her bad luck and find a living, breathing hero of her own?

The Deception of the Emerald Ring (2007)

Letty Alsworthy intercepts a note indicating that her sister, Mary, is about to make the very grave mistake of eloping with Geoffrey Pinghingdale-Snipe (second in command of the League of the Purple Gentian). In an attempt to save the family name, Letty tries to stop the elopement but instead finds herself swept away in the midnight carriage meant for her sister and is accidentally compromised. Geoff and Letty, to each other’s horror, find themselves forced into matrimony. Then, Geoff receives word that he is to travel to Ireland to help the Pink Carnation and disappears immediately after their wedding ceremony. Letty learns of Geoff’s disappearance and steals away on a ship bound for Ireland, armed and ready to fight for her husband and to learn a thing or two about spying for England. 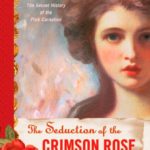 The Seduction of the Crimson Rose (2008)

Determined to secure another London season without assistance from her new brother-in-law, Mary Alsworthy accepts a secret assignment from Lord Vaughn on behalf of the Pink Carnation. She must infiltrate the ranks of the dreaded French spy, the Black Tulip, before he and his master can stage their planned invasion of England. Fighting their growing attraction, impediments from their past, and, of course, the French, Mary and Vaughn find themselves lost in a treacherous garden of lies.

The Temptation of the Night Jasmine (2009)

After 12 years in India, Robert, Duke of Dovedale, returns to his estates in England with a mission in mind– to infiltrate the infamous Hellfire club to unmask the man who murdered his mentor at the Battle of Assaye. Intent on revenge, Robert never anticipates that an even more difficult challenge awaits him, in the person of one Lady Charlotte Lansdowne.

As Lady Frederick Staines, Penelope plunges into the treacherous waters of the court of the Nizam of Hyderabad, where no one is quite what they seem—even her own husband. In a strange country where elaborate court dress masks even more elaborate intrigues and a spy called the Marigold leaves cobras as his calling card, there is only one person Penelope can trust. Captain Alex Reid has better things to do than play nursemaid to a pair of aristocrats. He knows what their kind is like. Or so he thinks – until Lady Frederick Staines out-shoots, out-rides, and out-swims every man in the camp. 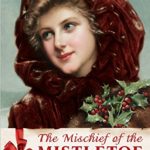 Reginald “Turnip” Fitzhugh—often mistaken for the elusive spy known as the Pink Carnation—has blundered into danger before. But when he blunders into Miss Arabella Dempsey, it never occurs to him that she might be trouble. When Turnip and Arabella stumble upon a beautifully wrapped Christmas pudding with a cryptic message written in French, “Meet me at Farley Castle”, the unlikely vehicle for intrigue launches the pair on a Yuletide adventure that ranges from the Austens’ modest drawing room to the awe-inspiring estate of the Dukes of Dovedale.

Laura Grey, a veteran governess, joins the Selwick Spy School expecting to find elaborate disguises and thrilling exploits in service to the spy known as the Pink Carnation. She hardly expects her first assignment to be serving as governess for the children of Andre Jaouen, right-hand man to Bonaparte’s minister of police. At first, the job is as lively as Latin textbooks and knitting, but Laura begins to notice strange behavior from Jaouen—secret meetings and odd comings and goings. As Laura edges closer to her employer, she makes a shocking discovery and is surprised to learn that she has far more in common with Jaouen than she originally thought.

Secret agent Augustus Whittlesby has spent a decade undercover in France, posing as an insufferably bad poet. New York-born Emma Morris Delagardie is a thorn in Augustus’s side. An old school friend of Napoleon’s stepdaughter, she came to France with her uncle, the American envoy, eloped with a Frenchman. Widowed for four years, she entertains herself by drinking too much champagne, holding a weekly salon, and loudly critiquing Augustus’s poetry. As Napoleon pursues his plans for the invasion of England, Whittlesby hears of a top-secret device to be demonstrated at a house party at Malmaison. The catch? The only way in is with Emma, who has been asked to write a masque for the weekend’s entertainment. In this complicated masque within a masque, nothing goes quite as scripted- especially Augustus’s feelings for Emma. 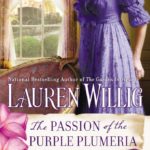 The Passion of the Purple Plumeria (2013)

Colonel William Reid has returned home from India to retire near his children, who are safely stowed in an academy in Bath. Upon his return to the Isles, however, he finds that one of his daughters has vanished, along with one of her classmates. When the Pink Carnation’s little sister goes missing from her English boarding school, Gwen reluctantly returns home to investigate the girl’s disappearance. Thrown together by circumstance, Gwen and William must cooperate to track down the young ladies before others with nefarious intent get their hands on them. But Gwen’s partnership with quick-tongued, roguish William may prove to be even more of an adventure for her than finding the lost girls.

The Mark of the Midnight Manzanilla (2014)

In October of 1806, the Little Season is in full swing, and Sally Fitzhugh has had enough of the endless parties and balls. With a rampant vampire craze sparked by the novel The Convent of Orsino, it seems no one can speak of anything else. But when Sally hears a rumor that the reclusive Duke of Belliston is an actual vampire, she cannot resist the challenge of proving such nonsense false. At a ball in Belliston Square, she ventures across the gardens and encounters the mysterious Duke. 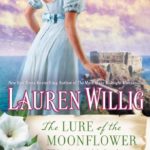 Please note that the following ratings are an average of the entire series. Individual books vary, naturally, with respect to romantic gestures and appealing leads and what have you.

Have you read any of the Pink Carnation series? What are your thoughts? Do you have a favorite book? Tell us in the comments.