During the Christmas season, the box office is always packed with bright and shiny new movies with one goal: to tempt moviegoers. This year, Jennifer Lopez returns to the big screen in an entertaining new comedy called Second Act.

Today is an important day for Maya (Lopez). It’s the day she hopes to get a promotion at the big box value store where she works. She’s worked hard and implemented positive changes in her years there. Now, she’s ready for the step up. Much to her chagrin, she instead learns that someone with no store experience gets the position. Later that evening, after the surprise birthday party her long-term boyfriend, Trey (Milo Ventimiglia) throws her, she makes a wish…

Little does she know that this one wish will change not only her but also her prospects.

Going into this film I didn’t know a great deal about Second Act. What I did know, however, is that the trailer showed promise. Beyond this, I went in “blind.” I don’t follow Jennifer Lopez’s career but everything I’ve seen her in is enjoyable. Whether it’s The Wedding Planner or Maid in Manhattan, I’ve liked each of her romantic comedies. And even though this one is less romantic comedy and more emotional dramedy, it’s still a fun theater outing.

RELATED | The Intern – Workplace Comedy with Class and Charm

Apart from the story (which I will talk about further down), it’s the cast that will impress the most. Or at least they do me. Leah Remini, Treat Williams (Chesapeake Shores) and Vanessa Hudgens all create interesting and authentic characters. Led by Lopez and popular TV star Milo Ventimiglia (This is Us, Gilmore Girls), the story is stronger because of the cast who all appear genuine, and most of the time, we relate to the things they wrestle with. As I watched this, I found it to be a solid character-driven piece even with its common story tropes. Also, can we talk about the wardrobe in this film? I kinda’ want 80% of it! 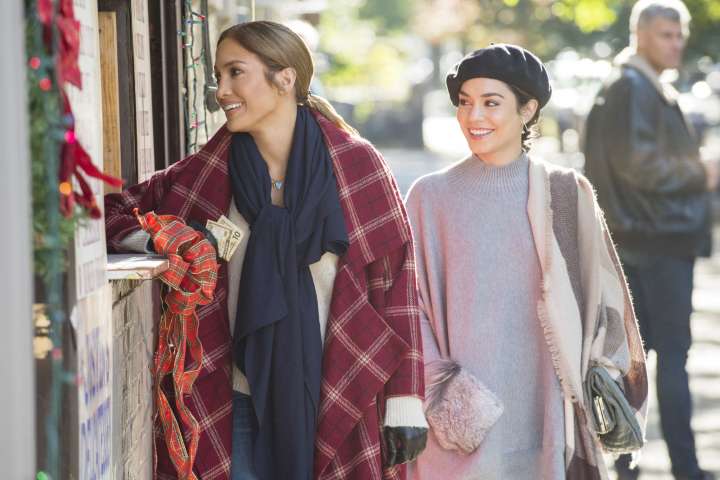 What does surprise me is the fact that this film is less about the romance (although there is an adorable secondary romance), but rather a story that’s more about honesty. In one instance I don’t mind this, but in another regard, I’m a bit disappointed. Furthermore, the script feels as if it forgets about certain aspects of the story here and there, only to pick them up again and expect us to believe in the authenticity.

Overall, I can honestly say, I did enjoy Second Act and the unexpected story it tells. Maya doesn’t become the stereotypical character who forgets where she came from, which is a pro for the win column. It brings us along for a story with heart, and a charismatic cast of characters. Even the “bad” characters have some likable qualities.

By the time this story ends, a 12-18 month period (a timeline that allows for healing and grace) goes by, and in this time, it teaches its characters a great deal. If you like workplace comedies like Devil Wears Prada or The Intern, I think you’d really enjoy Second Act. It’s a comedy that sparkles with sass, and a group of characters we love to cheer on. For me, that’s more than good enough for two thumbs up.

Where to watch: Second Act is currently playing in theaters.

Content: There is innuendo and crude language throughout. PG1-3 is the rating.