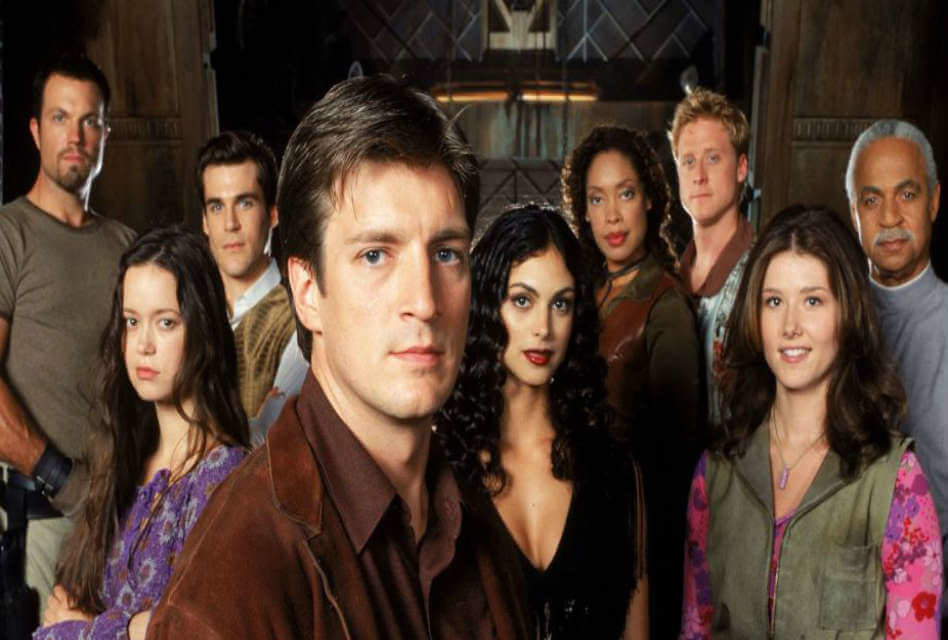 Buffy the Vampire Slayer creator, Joss Whedon, made a space western in Firefly, but it barely got off the ground before it was cancelled. Only fourteen episodes ever made it to television. Since its cancellation, Firefly has become something of a cult hit, a series generally lamented as having been culled too soon. Continued interest in the series has resulted in a film, Serenity in 2005, roleplaying games and graphic novels in the ensuing years.

It’s easy to see the enduring appeal of Firefly; it’s chock-full of compelling, complicated characters. Whedon has created a flock of folk in whom you become very invested. They are all capable of great cruelty and kindness and arrogance and generosity. It makes them all very human and very relatable.

RELATED: THE 30 BEST ROMANTIC SPACE OPERAS IN FILM AND TELEVISION

Firefly takes place in the 26th century after a civil war has united the planets of a new solar system under the strong arm of the Alliance. The Alliance is not as bad as Star Wars’ Empire, but it does have strong authoritarian tendencies. This is a realm where poor settlers are sent out to terraformed planets and moons with basic supplies for homesteading. Where people speak a mix of Mandarin and English. And where Reavers – humans who have looked into the darkness of space and lost their humanity – terrorize.

Our compelling crew cruise the outer regions of the system in a Firefly-class starship called Serenity. Serenity is a cargo-ship for hire – for legit and illegit purposes. This is to say that the ship is often used to smuggle goods, the crew dealing with some very shady characters in the process.

The series follows their adventures on the fringes of the solar system. It’s typically an independent adventure each episode like Star Trek.

Captain Malcolm “Mal” Reynolds (Nathan Fillion) is the man in charge. He’s a commanding presence. Mal’s a bit of a rogue à la Han Solo or Indiana Jones, but there’s an edgy cruelty and callousness to him that takes him a wee bit darker than the aforementioned, lovable rogues. He liquidates people in the blink of the eye and repeatedly refers to a woman as a whore. And yet he also has the capacity for great tenderness, is incredibly loyal and is an honorable idealist under the gruff exterior.

Zoe Washburne (Gina Torres) is a longtime friend of Mal’s, serving under him during the civil war – they were on the losing team. She’s second-in-command, a no-nonsense warrior woman, extremely loyal to Mal, married to the ship’s pilot, Hoban “Wash” Washburne (Alan Tudyk). Wash is a quirky, comic, relaxed guy, devoted to his wife, and she to him. Their loving, marital banter is really fantastic stuff. Their partnership feels very real. 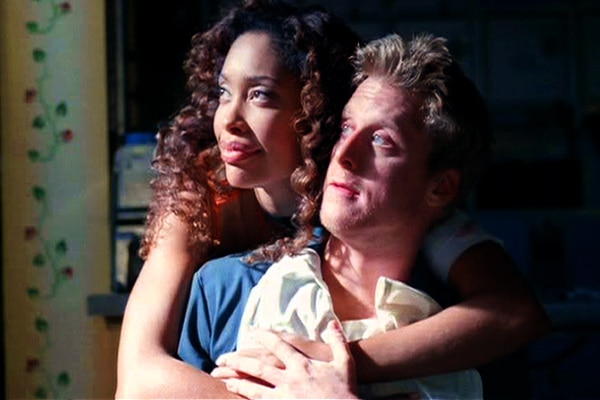 Zoe and Wash have a marriage full of loving banter and some bickering on occasion. Photo: 20th Century Fox.

Inara Serra (Morena Baccarin) is ironically called the Ambassador. She is a Companion, a beautiful, graceful woman trained in the arts of seduction. Inara enjoys a high social standing in this society, is the equivalent of a 26th-century geisha. She rents a shuttle on Serenity and finds clients in the outer regions. She and Mal have a brewing attraction, and Mal is often at his verbally cruelest with her. Surely, a cruelty stemming from his own suppressed concern and desire for her. Like I said before, it’s complicated.

Kaywinnet Lee “Kaylee” Frye (Jewel Staite) is the perennially optimistic mechanic, the bubbly heart of the ship, who keeps Serenity running. She’s childlike in her wonder, wholesome, without a disingenuous bone in her body. Kaylee is generous in her appreciation of others, very straightforward, again without guile. Mal is very protective of her.

Jayne Cobb (Adam Baldwin) is the incorrigible gun-for-hire. He’s a merciless mercenary, and all aboard are aware that if the price is right, Jayne will sell out his crewmates. He is loyal only to himself and to money, a total opportunist. And since everyone knows this about him, accepts it, he too is guileless in his stunted way. Jayne is the perpetual wild card, always leaving us wondering where his loyalties lie, if this time he’s going to turncoat. He’s rather comic in his gun-toting, tough-talking egocentricity. Perhaps he’s not as invulnerable and tough as he talks and walks.

RELATED: THE TOP 50 BEST LOVABLE ROGUES IN FILM AND TELEVISION

Derrial Book (Ron Glass) is a mysterious Shepherd, an elderly pastor, who hitched a ride and never left Serenity. Book is the moral compass, much derided by the irreligious Mal and Jayne, but increasingly and grudgingly respected for his idealism and wisdom. The show ends too quickly to reveal his backstory, but Book is trained in combat techniques and has an extensive knowledge of Alliance criminal procedures. Something’s up there.

Dr. Simon Tam (Sean Maher) is a handsome surgeon, proper and privileged. He’s on the run from the central planets and the Alliance because he sprang his little sister out of a top-secret, Alliance research program. River Tam (Summer Glau) is brilliant and damaged by years of bodily experiments. She is often incoherent, speaking in riddles, and there’s no saying how she will react to things. River is mentally unstable, hearing voices, alarmingly insightful at times and beloved of her brother. Simon is very protective of her, has given up his prestigious position and privileged life to rescue her. Mal surprises more than a few of the crew when he allows these two fugitives to remain on-board.

Too Little Time Rattling Around Space

And that’s it. This crew of nine rattles around the outer fringes of the solar system, getting in and out of all sorts of scrapes. They break up and make up, they hurt one another and learn to forgive, they become a family.

And it’s a darn shame that we don’t get to follow their development more than we do. There’s a lot of potential development there. Sigh. But you can certainly just enjoy what there is – one good, promising season.

So, if you’re a sci-fi fan, a Buffy fan, a Nathan Fillion fan, a Han Solo fan, Firefly might just be a good fit.

Content Note: Rated TV-14. One of the main characters is a prostitute and there are some sexual innuendos and implied sexual relations. Nothing explicit. There is minor swearing on occasion and a wee bit of skin at times. There are violent scenes and themes, but nothing too graphic or gratuitous.