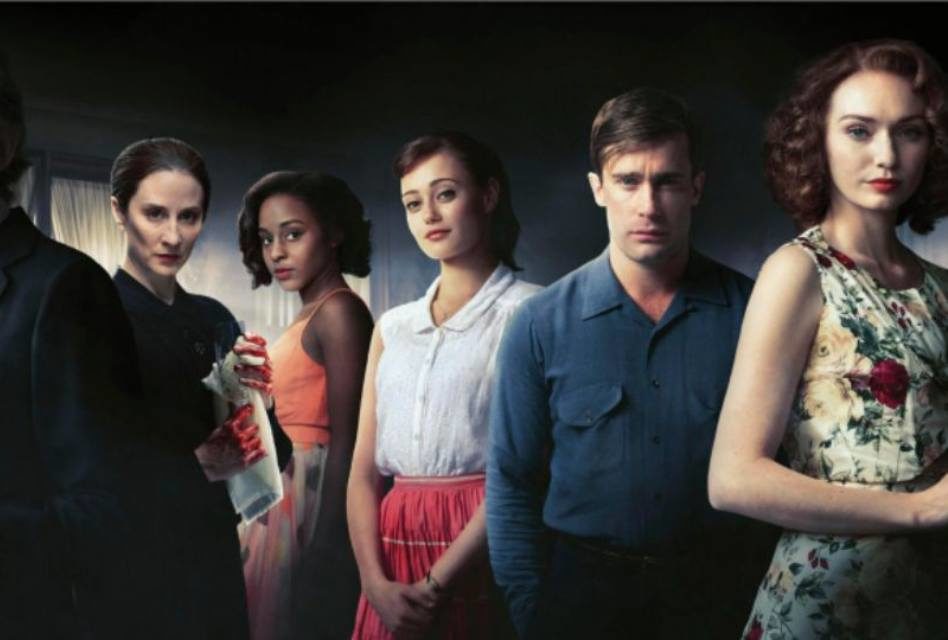 In the style of Witness for the Prosecution or And Then There Were None, Amazon Prime brings the latest Agatha Christie adaptation of Ordeal by Innocence to U.S. viewers.

When it comes to her children, Rachel Argyll (Anna Chancellor) rules with an iron fist. She rarely if ever shows affection to any of her five children, all of whom she adopted. Driven by a need to appear a nurturer, the woman is ruthless to her household including her husband Leo (Bill Nighy).

Then, on a dark night in her home, Rachel is murdered, and her son tried and hung for the crime. Years later, the family is about to move on as Leo prepares to remarry, but the secrets of the past and a surprise witness threaten to destroy them all.

When first I read about this new adaptation, I was optimistic but also leery. The primary reason being I so enjoy the version in which Miss Marple is able to be a part of the narrative. If you judge the original novel, Jane Marple isn’t a factor which means the ITV adaptation used a creative plot change to write her in. Nonetheless, being a fan of a good whodunit, I still kept up with availability news for 2018’s Ordeal by Innocence.

If this version is anything to judge by, Amazon’s deal to produce a handful of Christie adaptations means exciting prospects. Already I anticipate any news that might reveal what’s next.  Overall, this 3-part mini-series is imperfect, but also strangely addicting. It’s far darker than the Miss Marple mysteries, but not as dark as And Then There Were None, which was a first impression worry for me. What keeps this one in line is the brilliant cast. 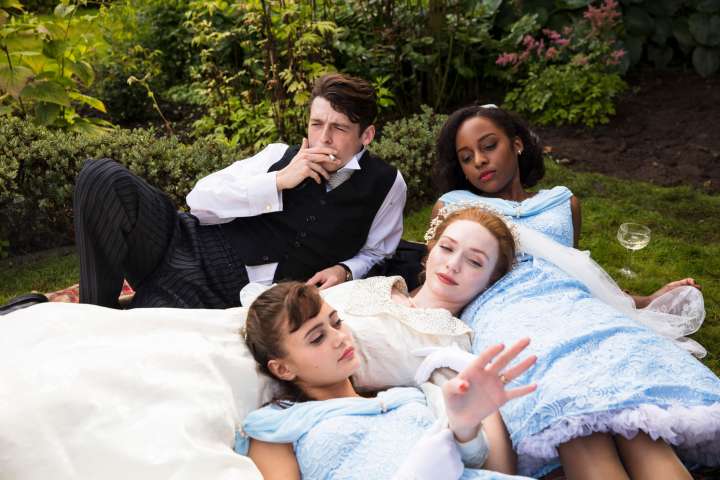 Period drama aficionados will recognize Morven Christie (Grantchester), Eleanor Tomlinson (Poldark), and Matthew Goode (Downton Abbey). Of course, longtime aficionados also know Anna Chancellor from A&E’s Pride and Prejudice. To round out the cast, there’s also a handful of new talent to fill the gaps. As never fails of a quality British drama, the cast turns in a brilliant ensemble performance. Likewise, the director does a fantastic job with the mood of the piece. The story has a kind of an eerie aura (thanks to staging) that’s not overly creepy but is sure to grip you.

Everyone falls under suspicion as the story progresses, but I will say, there’s a lot of overlap and repetition. Despite this, I think three episodes is still the perfect number of installments. I like that this story feels familiar and can still feel new at the same time. How close they mirror the book, I cannot say.

Everything is pretty to look at despite the darkness that surrounds the Argyll home, but what is sad is how miserable the characters appear. No one finds joy in anything because the choices they make cease to bring them any happiness.

Fortunately, the viewer is given some sense of a happier future, but like most of Christie’s non-Marple stories, the example is ambiguous. Though it had a cast change controversy that delayed the premiere, Ordeal By Innocence is a solid production. It’s another fascinating mystery, and I cannot wait to see where the next Agatha Christie period drama will take us.

Where to watch: you can stream Ordeal by Innocence on Amazon Prime (at time of publication).

Content note: There are 4-8 uses of the F-word (over three episodes) along with some other profanity. There’s also some innuendo and suggestive material. Some violence and “dark themes.” The series is rated TV-MA.

Tell me, did you see this Amazon original? Do you like these darker Christie adaptations or do you miss ITV’s Marple series? Comment down below with all of your thoughts on Ordeal by Innocence. I’d love to read your thoughts.

*The romance element is minimal and therefore this drama isn’t a “romantic period drama.”