FairyTale: A True Story: A Tale of Fairies, Faith, and Family 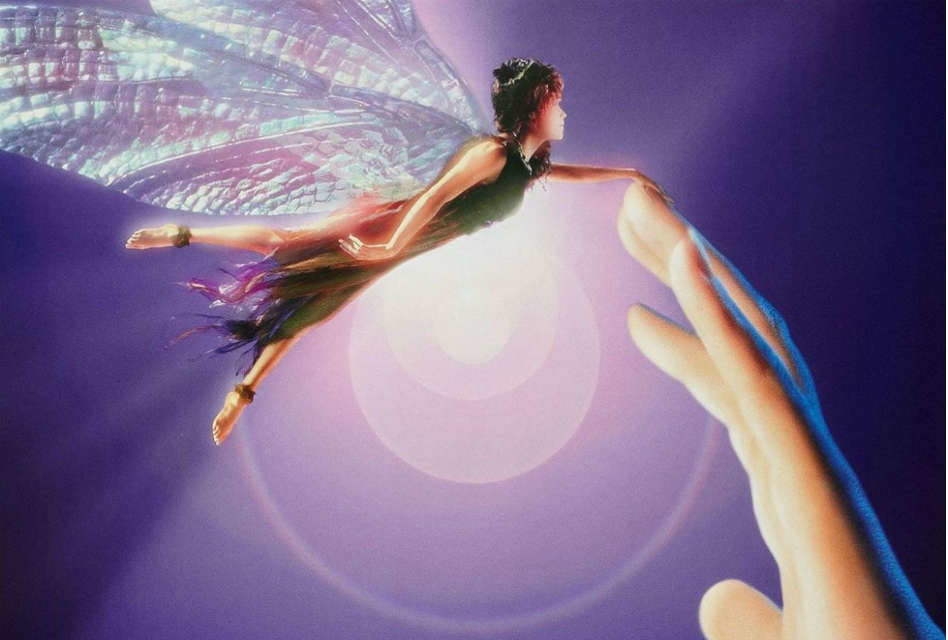 In 1997, several movies came out. We had Titanic, Men in Black, The Fifth Element, and a movie that I think is seriously underrated, FairyTale: A True Story. The story is based on the real story of the Cottingley Fairies. It also stars several talented actors including Peter O’Toole and Paul McGann. The movie is a delight. The setting is wonderful and magical, the costumes are perfect, and I found myself wanting to believe in magic from the first moment a fairy flew on screen. 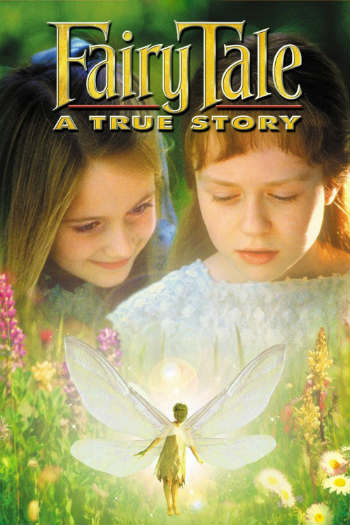 The Plot – Fairytale: A True Story

The year is 1917. Elsie Wright lives with her parents in a small village of Cottingley. After the death of her brother Joseph, Elsie’s mother Polly leaves all of Joseph’s things in the room he shared with Elsie. Polly and Elsie wear black in mourning for most of the film. Elsie is a quiet and shy girl who misses her brother and whose mother is consumed by grief. One of the things still in their room, however, is the fairy house that Joseph was building before he died. Elsie is comforted by visiting the fairies down by a nearby stream.

Soon, Elsie’s cousin Francis comes to stay with her since her father is missing in action in France. Although they spend time with the fairies, they promise to keep the location of the fairies a secret. This way, the fairies are not overwhelmed with visitors. But when the two girls see that Polly is desperately looking for a hint that there is something magical and otherworldly out there, they act fast. The take pictures of themselves with the fairies to help Polly through her grief. But things take an unexpected turn.

Polly gives the photos to a noted expert in things like fairies and angels, Edward Gardner. Gardner then discusses them with the famous author Sir Arthur Conan Doyle. Doyle believes in magic too. Soon, the two men are convinced that the photos, and the fairies, are real. They meet with the girls and give them new cameras. They are hoping for more evidence. Harry Houdini is also interested in the photos and is determined to learn the truth. The film follows this extraordinary cast of characters as they search for the unknown. Of course, the family grows closer together in the process. 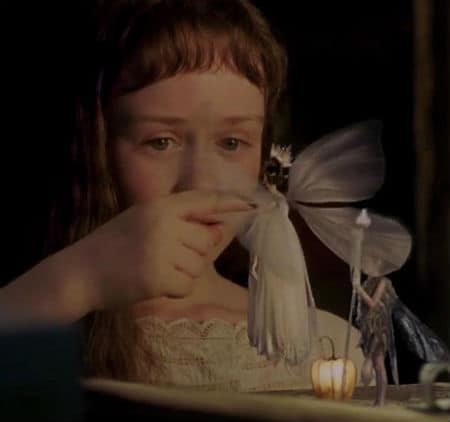 The film is different from the history in one, very crucial way. At least one of the girls admitted that the photos were faked, while the other held onto her belief in fairies until she passed away. Elsie, the girl who admitted the photos were fake, said that the girls were too embarrassed to admit that they had used pictures of fairies in their photos, so went along with the idea.

The film, however, leaves absolutely no doubt that the fairies were real, that they cared about their human friends, and that they wanted the girls to be happy. In the film, the girls are just trying to protect their fairy friends and keep a promise to them. The film is just more magical than the reality. 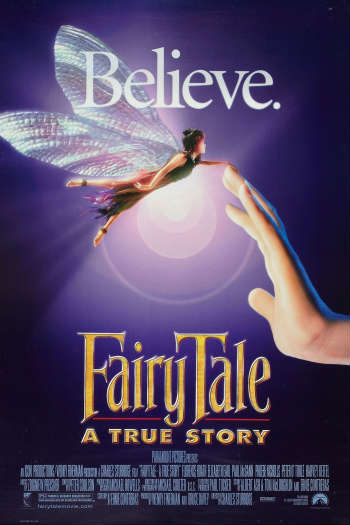 Elsie goes from being a quiet and shy girl to one who is much more confident. As the film goes on, she begins to speak her mind (in a very respectful way, of course). She also holds true to her story that yes, there are fairies. Elsie begins to let go of her brother. She starts to wear colors other than black. Elsie and Francis honor Joseph’s memory by finishing the fairy house. Florence Hoath plays Elsie with a wonderful degree of confusion and wonder while showing us Elsie’s growth through the film.

Frances is more confident from the very beginning. While Elsie is concerned that they have spilled the beans about the fairies to a huge audience, Frances is the one who thinks of the perfect apology. Frances is a girl who has traveled extensively. She is waiting for word from her father. But she is also worried that he is not ever coming back. Elizabeth Earl plays Frances with the perfect amount of sadness and wonder. She is believable as a girl who is waiting for her father but has found fairies.

Both girls are starstruck by the attention that they are receiving. From meeting Sir Arthur Conan Doyle and Harry Houdini to being hounded by reporters, both act the way you would expect a young girl to act. They are also both unsure what to do since they hadn’t meant to tell everyone about the fairies. Near the end, Elsie and Frances wonder if they’ll ever stop believing in the fairies, even though they spent a lot of time with them. The girls decide that, even if they can’t see the fairies, they’ll know that they are there.

FairyTale: A True Story reminds me a lot of the film A Little Princess. Both are stories that deal with the importance of family, the power of love, and the possibility that there is power in what cannot be seen. In the case of FairyTale, however, the magic is just that, magic. It asks the questions, would you believe? Do you believe? I loved that. 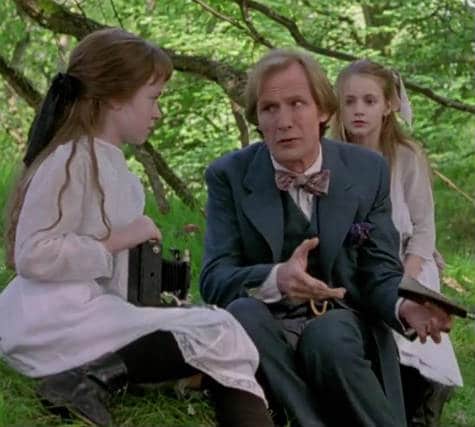 Elsie and Francis talk to Mr. Gardner about the Fairies

The ending is a powerful reminder that, sometimes, there are things that we can’t see. Just because you can’t see something, that doesn’t mean that they aren’t there. FairyTale: A True Story is a movie about family, grief, the power of childhood innocence, and faith in things that you cannot see. It reminds us that there is magic in the world around us and that sometimes, you need to just have faith. If you like stories about fairies, family, and faith, you might really enjoy FairyTale: A True Story.

Content Warning: Other than the fact that you might cry, this is a fairly tame, clean story. There are some images of disease and injured soldiers, but it’s rated PG.

Have you seen FairyTale: A True Story? What did you think? Let me know in the comments!