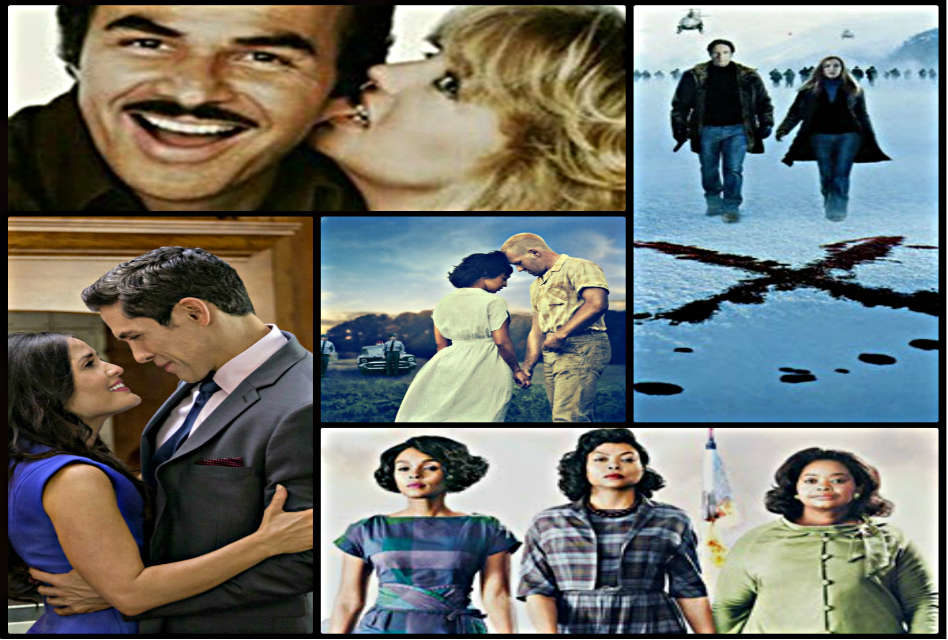 September 14th is National Virginia Day! On this day, we recognize one of the 13 original colonies and the 10th state to ratify the Constitution. With sweeping vistas, gorgeous beaches, and valleys rich in history, Virginia offers some of the best landscapes for films and television.

From screwball, romantic comedies to history-making true stories, there is something for everyone!

Richard Babson and Paula McCullen are successful screenwriters living the high-life in Hollywood. While celebrating the completion of a script, Richard convinces Paula to marry him. During their trip back east to meet their respective in-laws, tension mounts and Richard and Paula struggle with the change in their previously uncomplicated relationship. Loosely based on the true story of the screenwriters for Best Friends.

(My small tribute to the late Burt Reynolds.)

A self-proclaimed spinster, Ave, discovers a family secret that changes her life forever. Before long, she’s fighting off marriage proposals, greedy family members and a sudden influx of celebrities to her small Appalachian hometown. This is a quintessential National Virginia Day film!

Roommates at the Virginia Military Institute are trying to shake their troublemaker reputation. When one discovers his secret wife is pregnant, his distractions cause mayhem as graduation approaches.

Lizzie Richfield is a house manager for the Ashford Estate in Virginia. As she plans a Christmas Eve gala for the family, Lizzie discovers that the family appears to be a family in name only. While navigating her own life, she finds herself falling in love while hoping to teach this dysfunctional family the meaning of Christmas.

The U.S. Government is attempting to hide the fact that a comet is hurtling to earth. It could mean the end of all human life. However, reporter Jenny Lerner discovers the existence, forcing the President to make an announcement to the world. What follows is a series of actions designed to save the earth and the lives of billions.

A fantastic movie that tells the story of three brilliant African-American women instrumental to the space race. Katherine Johnson, Dorothy Vaughan and Mary Jackson were the brains behind one of America’s greatest space adventures – the historic launch of astronaut John Glenn. Another hallmark film to celebrate National Virginia Day.

Matt Howard’s poor upbringing does not deter him from courting Jane Peyton, daughter of a wealthy family in Williamsburg, Virginia. They build a life together only to see it crumble beneath the weight of her family’s disapproval and difference in upbringing.

A fabulous melodrama of betrayal, love, and death involving the sibling rivalry between sisters Stanley and Roy.

The Turner family are on their way to a new life at a sheep farm in rural Virginia when they come across an accident on the highway. The Turner’s discover that the owner of a collie died in the crash. They decide to adopt her and Lassie becomes a beacon in their new lives.

Set in 1865, Lincoln follows President Lincoln’s efforts to pass the 13th Amendment to the Constitution before peace is declared between the North and South.

A family-friendly film about a young girl whose father is taken prisoner negotiates her father’s freedom during the Civil War.

The true story of Richard and Mildred Loving, an interracial couple from Virginia. Their marriage was illegal in Virginia and the movie follows their nine-year battle for the right to live as a family in their hometown. Their story and love resulted in the landmark case of Loving v. Virginia which in 1967 reaffirmed the very foundation of the right to marry.

The controversial depiction of the relationship between Captain John Smith and Pocahontas as well as her marriage to settler John Rolfe. Believing John Smith dead, Pocahontas married John Rolfe only to have John Smith return alive. Pocahontas is torn between the two men.

Note – There are a number of movies surrounding the story of Pocahontas….pick your favorite to watch!

Benjamin Martin is a farmer with a brave yet horrific military past. He decides not to join the militia when the British arrived in 1776. But, when his son enlists and then gets captured, Benjamin sets out to rescue his son. Forming a regiment of Carolina patriots, his tactical expertise proves pivotal in defeating the British.

The true story of an African-American football coach hired to coach the first season of the newly integrated high school in Alexandria, Virginia.

A wealthy widower is forced to become involved in the Civil War when his family is torn apart by the war.

A showgirl moves home to claim her family plantation and finds herself torn between two men.

Sequel to the blockbuster hit, Wonder Woman 1984 takes us back to 1984, the Cold War, and a new enemy known as Cheetah.

Note: I’m cheating a little here because this film is not yet released. However, there are scenes in the film (based on reports) that take place in Virginia.

Mulder and Scully are taken out of retirement when a missing person case requires their sort of expertise.

This list is certainly not all-inclusive. There are a number of other films that take place or have scenes filmed in Virginia. Jason Bourne, Mission Impossible, The Incredible Hulk and more! So, sit back and relax tonight with any of these films to celebrate National Virginia Day!

How are you celebrating National Virginia Day? What’s your favorite film with a Virginia setting? Drop me a note below!

These films are available to purchase or rent from Amazon, iTunes, Netflix, or your favorite Blu-Ray/DVD merchant.