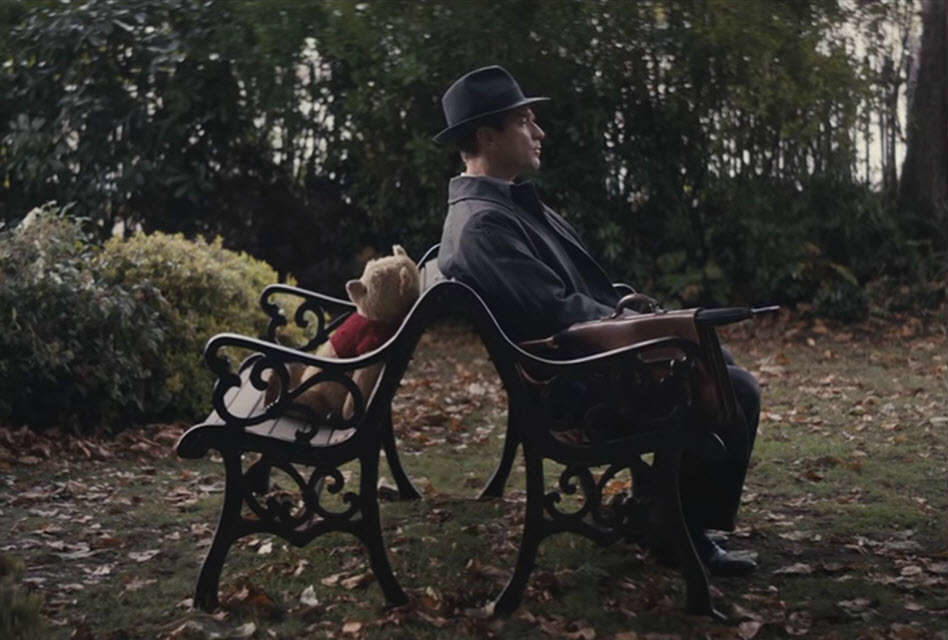 Did you watch Winnie the Pooh as a child? Or, perhaps you’re introducing your own little ones to this loveable bear. Whether you know Pooh or not, Christopher Robin is a gentle, family film you’ll enjoy.

The film begins with a farewell party for Christopher Robin in the Hundred Acre Wood. Amid promises to never forget, Christopher leaves for boarding school. Years pass and Christopher marries, fights in the Second War, has a child, and is living a very busy life in London. Distanced from his family, Christopher buries himself in his work. After once again putting his job first, Christopher finds himself alone in London, working. Pooh is also in a dilemma of sorts and, in a twist of fate, finds himself resting on a park bench, just behind Christopher Robin. What follows is a journey of rediscovery that the simplest things in life lead to the greatest joys.

What I remember most about the Winnie the Pooh books and original movies are the small, simple life lessons they teach through story. Christopher Robin is no different. In fact, it’s not even subtle about it. The happy events, ones that would remind Christopher of who he is, take second place to the more tragic events. The loss of a parent, fighting in a war, and the growing distance from his family….all of these things change Christopher. Together with Tigger, Eeyore, Owl, Piglet, Rabbit, Kanga and Roo, Pooh slowly reminds Christopher of how nothing may lead to the greatest of somethings.

Related Post | The Three Lives of Thomasina: A Heartwarming Tale of Love and Loss

In particular, it’s phrases just like the one above that move Christopher Robin from moment to moment. Christopher’s explanations lose any rationale they may have in the face of Pooh’s innocent responses. In one scene, Christopher admonishes Pooh, telling him that people cannot see him moving and talking. Pooh asks why and Christopher responds, “Because you’re different.” Pooh then asks, “So, I shouldn’t be me?” 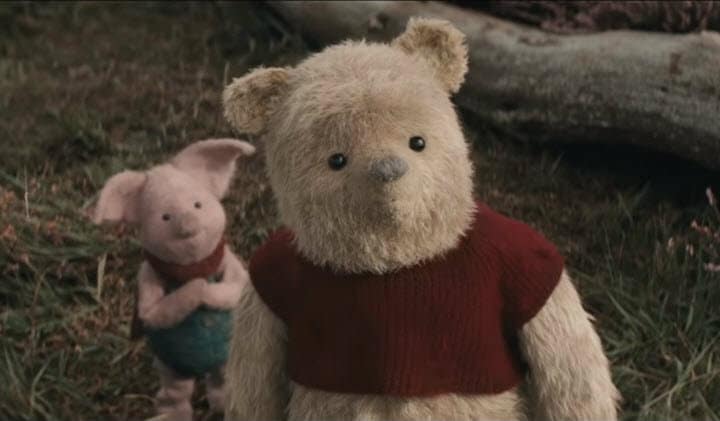 These “Poohisms,” along with reminders from the rest of Pooh’s friends, deliver the message of the film. A message of kindness, to remember to live in the moment, and that family and friends are too important to be forgotten. To be sure, it’s the residents of the Hundred Acre Woods that give the film its air of nostalgia. Pooh and all of his friends are faithfully rendered in the classic Pooh style. So much so, you may forget you are looking at amazing C.G.I. The voice actors are the final touch, bringing life and personality to these familiar friends. In particular, Eeyore is a close second to Pooh in characterization. The deep, morose voice delivers Eeyore’s point of view just as effectively as Pooh. 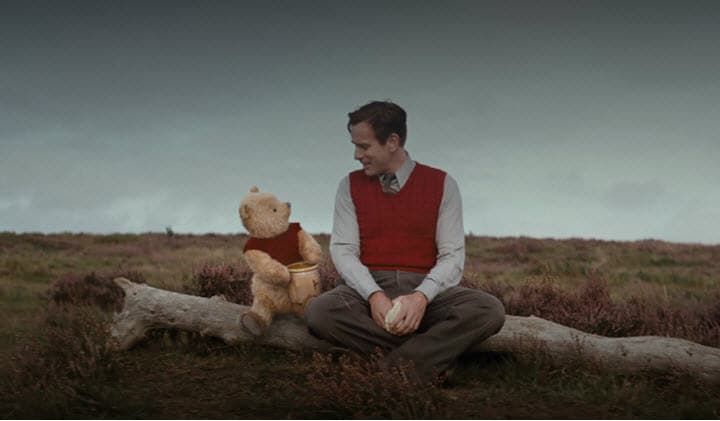 While Evelyn, Christopher’s wife, is only in bits and pieces of the film, her presence has an impact. Played by the charming and gorgeous Hayley Atwell, it’s difficult to tear your eyes from her. Whenever she appears in a scene, she commands the moment. Whether the look in her eyes or the way she stares at Christopher, Evelyn is the physical manifestation of Pooh’s message. In fact, my only gripe with Christopher Robin was that there was not enough of Evelyn in the film.

On the whole, you will swim (willingly!) in the nostalgia that is Christopher Robin. Ultimately, you’ll walk out of the theater feeling like you just visited with an old friend. With its message of kindness and faith, Christopher Robin is the perfect, family-friendly summer movie.

Content Warning: Rated PG for some action, including a very short war scene.

Have you seen Christopher Robin? Did you enjoy it? Let me know in the comments below!