Christine Everheart: You’ve been called the Da Vinci of our time. What do you say to that?

I miss the old Tony Stark, the Tony who defied the rules all while falling in love with Pepper Potts at the same time.

Domino: “So… what sharp little eyes you’ve got.”

James Bond: “Wait ’til you get to my teeth.”

Okay, so I’m not the biggest Bond fan, but this list wouldn’t be complete without a mention to the several Bonds.

#23: ALEJANDRO MURRIETA / ZORRO FROM THE MASK OF ZORRO

Alejandro Murrieta: Do you surrender?

Elena: Never, but I may scream.

Alejandro Murrieta: I understand. Sometimes I have that effect.

Antonio Banderas is my favorite take on the masked thief and hero.

#22: ARAMIS FROM THE MUSKETEERS

Aramis: If by romantic you mean a man who gladly acknowledges the superiority of the female sex, then…I accept the description.

Aramis is our handsome and intellectual rogue! He also prefers to be called a romantic hero.

Flynn Rider: All right, listen! I didn’t want to have to do this, but you leave me no choice. Here comes the smolder.

Even animated rogues can give us that smolder…Plus, he’s voiced by the adorable Zachary Levi.

#20: JOE (OR MAN WITH NO NAME) FROM SERGIO LEONE’S DOLLARS TRILOGY

Joe: When a man’s got money in his pocket he begins to appreciate peace.

#19: SPIKE FROM BUFFY THE VAMPIRE SLAYER

Spike: We like to talk big… vampires do. “I’m going to destroy the world.” That’s just tough-guy talk. Strutting around with your friends over a pint of blood. The truth is, I _like_ this world. You’ve got…dog racing, Manchester United. And you’ve got people. Billions of people walking around like Happy Meals with legs. It’s all right here. But then someone comes along with a vision. With a real… passion for destruction. Angel could pull it off. Good-bye, Picadilly. Farewell, Leicester-bloody-Square.

What would Buffy the Vampire Slayer be without Spike’s sarcastic one-liners? Some of the show’s best moments were guessing which side Spike was on.

George: Well, I thought so, but your recent nuptials have made everything clear. It delights you to thumb your nose at society; that you consider yourself above the niceties by which it operates.

Ross: Not above… just indifferent.

Ross is our Cornish rogue with questionable morals, but he always sticks up for the underdogs and fights for what’s right. So we love him anyway. Even after cheating on Demelza…

#17: ARAGORN FROM LORD OF THE RINGS TRILOGY

Frodo: What do you want?

Aragorn: A little more caution from you; that is no trinket you carry.

Frodo: I carry nothing.

Aragorn: Indeed. I can avoid being seen if I wish, but to disappear entirely, that is a rare gift.

Aragorn isn’t your typical rogue. He’s not snarky, selfish, or a villain. But I included him because this list just didn’t feel right without our ranger rogue on the outskirts of society. While the hobbits didn’t know if Strider could be trusted, he saved them countless times, and by the end, he was a hero and a King who accepts his destiny.

#16: RICK O’CONNELL FROM THE MUMMY FILMS

Evelyn: Um… By the way… why did you kiss me?

Rick: I was about to be hanged. It seemed like a good idea at the time.

My favorite moment of roguishness in the Mummy films is when he first kisses Evie. It’s so classic! 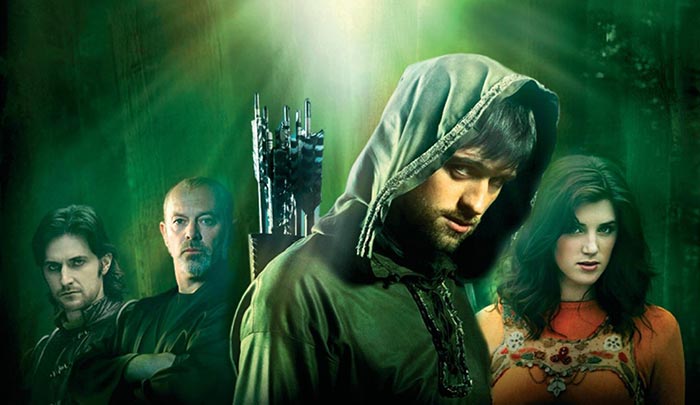 Much: We have a problem.

Robin Hood: We have many problems. Most of them guard-shaped.

I can’t talk lovable rogues and ignore Robin Hood, our lovable thief who steals for the poor. The 2006 BBC TV series is by far my personal favorite interpretation.

Levasseur: You’ll not take her while I live.

Dr. Peter Blood: Then I’ll take her when you’re dead.

#13: WOLVERINE FROM THE X-MEN FRANCHISE

Storm: Help us! Fight with us!

Logan: Fight with you! Join the team? Be an X-Man? Who the hell do you think you are? You’re a mutant. The whole world out there is full of people who hate and fear you and you’re wasting your time trying to protect them? I’ve got better things to do!

Our roguish Wolverine steals the show from the rest of the X-Men because lovable rogues are always the most compelling!

Captain Renault: Ricky, I’m going to miss you. Apparently, you’re the only one in Casablanca with less scruples than I.

Without Captain Renault’s humor and friendship with Rick, Casablanca wouldn’t still be one of the best films of all time. He gets almost all the best lines.

Lucifer even calls himself a rogue. This womanizing devil might as well have his picture under the dictionary’s definition of lovable rogues. And on that note: #SaveLucifer #PickUpLucifer

Thor: I wish I could trust you.

Love him or hate him (I choose the first), Loki’s loyalty is always fun to guess. He may be a villain and mischievous trickster, but sometimes he does the right thing so we love him for it!

Mal: How come you didn’t turn me in, Jayne?

Mal: What happens when it is?

Firefly was all too brief but it was enough time to introduce not one but two lovable rogues! They may be criminals but their wit and selfish traits made for an enjoyable show full of loyal fans.

[Sawyer asks Kate for a kiss]

Kate: Are you serious?

Sawyer: Baby, I am tied to a tree in the jungle of mystery. I just got tortured by a damn spinal surgeon and a genuine Iraqi. Of course, I’m serious. Hell, it’s only first base.

Oh, Sawyer. I miss your rude nicknames and ambiguous loyalty! And your sizzling chemistry with Kate. TV Shows are in dire need of more Sawyers and more lovable rogues.

#6: CAPTAIN JACK HARKNESS FROM DOCTOR WHO AND TORCHWOOD

Jack: Funny thing…last time I was sentenced to death, I ordered four Hyper Vodkas for breakfast. All a bit of a blur after that. Woke up in bed with both my executioners. Lovely couple. They stayed in touch. Can’t say that about most executioners…

Every Sci-Fi needs a good rogue and Doctor Who was no exception. And with a new showrunner and first female doctor on board, our favorite omnisexual rogue needs to return in all his epic, flirtatious glory! His story is far from finished…

#5: RHETT BUTLER FROM GONE WITH THE WIND

Scarlett: But you are a blockade runner.

Rhett Butler: For profit, and profit only.

Scarlett: Are you tryin’ to tell me you don’t believe in the cause?

Rhett Butler is Rhett Butler. His sarcastic smiles speak for themselves.

#4: THE DREAD PIRATE ROBERTS (WESTLEY) FROM THE PRINCESS BRIDE

Westley: Nonsense. You’re only saying that because no one ever has.

Like I said, pirates make the best lovable rogues because they get the best lines! And sometimes, the swooniest romantic moments as well!

#3: CAPTAIN JACK SPARROW FROM THE PIRATES OF THE CARIBBEAN FRANCHISE

Jack Sparrow: Me? I’m dishonest, and a dishonest man you can always trust to be dishonest. Honestly. It’s the honest ones you want to watch out for, because you can never predict when they’re going to do something incredibly… stupid.

Captain Jack Sparrow is our iconic pirate with questionable morals. And I think we’ve all heard of him by now.

Willie: You’re gonna get killed chasing after your damn fortune and glory!

Indiana Jones: Maybe. But not today.

Down to the final two, what would this list be without two of Harrison Ford’s most famous characters? Indiana Jones is iconic.

“Look, I ain’t in this for your revolution, and I’m not in it for you Princess. I expect to be well paid. I’m in it for the money.”

Han Solo is THE lovable rogue of lovable rogues. He’s charming, selfish, but he’s also a hero who always comes through in the end for the good guys. Star Wars wouldn’t be a billion dollar plus franchise without Han Solo.

You like me because I’m a scoundrel. There aren’t enough scoundrels in your life.

Who are your favorite lovable rogues? Sound off below…