The Top 50 Best Lovable Rogues in Film and Television 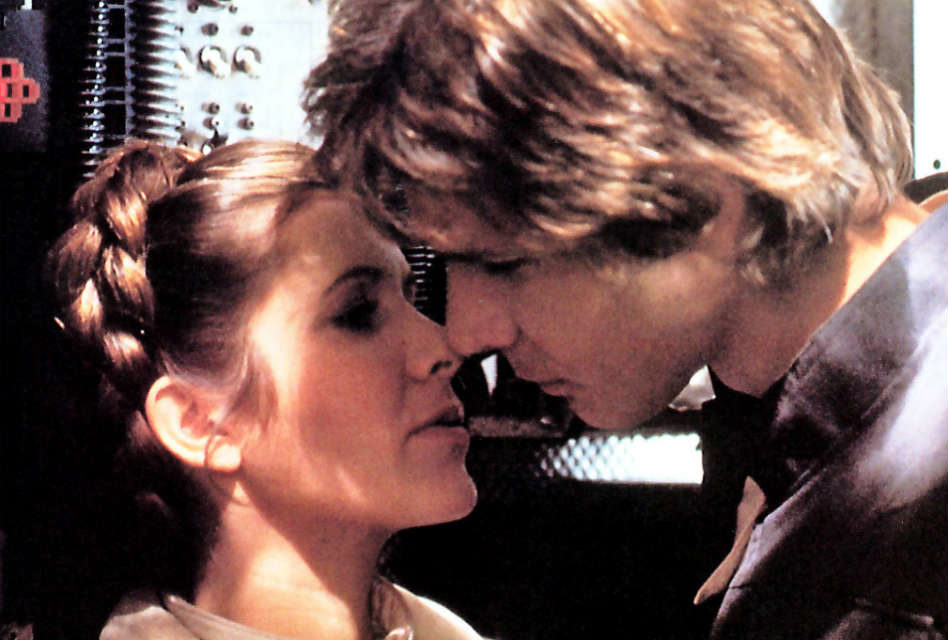 Who doesn’t love a good rogue? I know several movies would’ve been lost to the wayside without that fascinating and selfish character you can’t quite trust but deep down know might have some good there…Just imagine Star Wars without Han Solo or Pirates of the Caribbean without Captain Jack Sparrow. These films would have been only about Luke Skywalker and Will Turner. They’re great characters and all…but they definitely need their spicier foil.

“…a literary trope in the form of a character, often from a dysfunctional or working-class upbringing, who tends to recklessly defy norms and social conventions but who still evokes empathy from the audience or other characters. The lovable rogue is generally male and is often trying to “beat the system” and better himself, though not by ordinary or widely accepted means. If the protagonist of a story is also a lovable rogue, he is frequently deemed an antihero.

Lovable rogues are not the standard paragons of virtue because they frequently break the law or seem to act for their own personal profit; however, they are charming or sympathetic enough to convince the audience to root for them. Although they appear at first to act only for personal gain or to break the law needlessly, lovable rogues are often justified in these actions later on due to some ethical motivation that had not yet been revealed at the time or, at least, have the capacity to atone for their wrongdoings.

Even when a rogue makes terrible choices, there’s that touch of humanity in them that makes us root and sympathize with their actions. Plus, they can be downright charismatic and their clever witticisms tend to bring a smile to the audience. Whether an antihero, a would be King who shirks his responsibilities, a likable lawbreaker, or even villain with redeemable qualities, I know I can’t help but always love the rogue character best. Here are just some of my personal favorites.

Note: I left off female lovable rogues for this particular list. 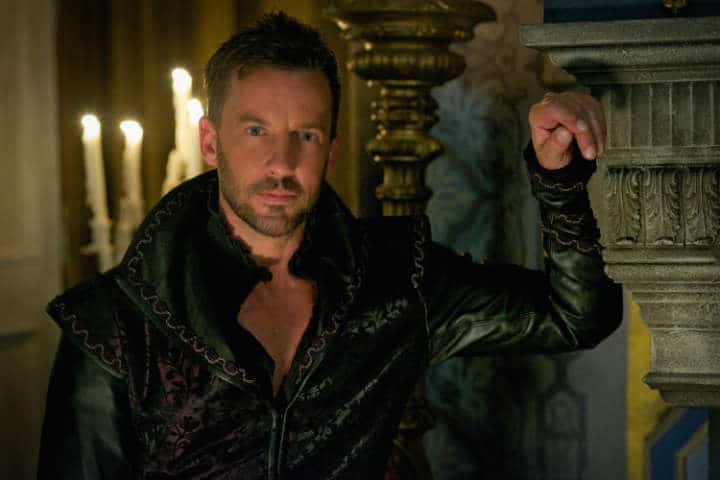 You never know what side Narcisse is own (other than his own), but that’s what makes him so alluring in the first place. 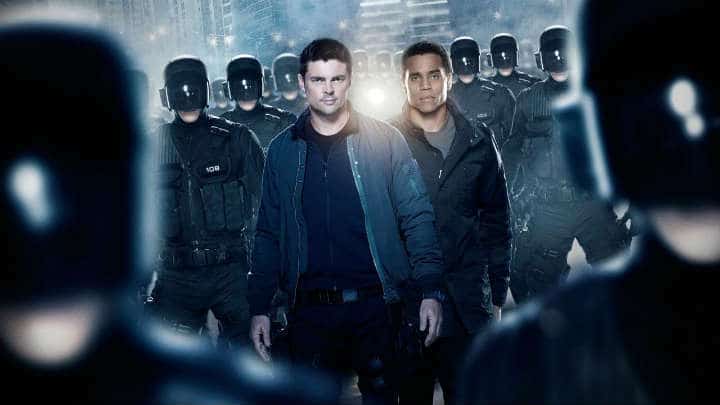 Dorian: When I was decommissioned, the second before it happened I just kept thinking “I really hope there’s someone there to wake me up again.” I just want to be a cop, man. I just want to be here. And then you woke me up. It was you. You were that person for me, John.

John: Well, we all make mistakes.

A show cancelled too soon! It’s a pity because Karl Urban as a rogue detective in this sci-fi series was brilliant.

#48: JACK COLTON FROM ROMANCING THE STONE 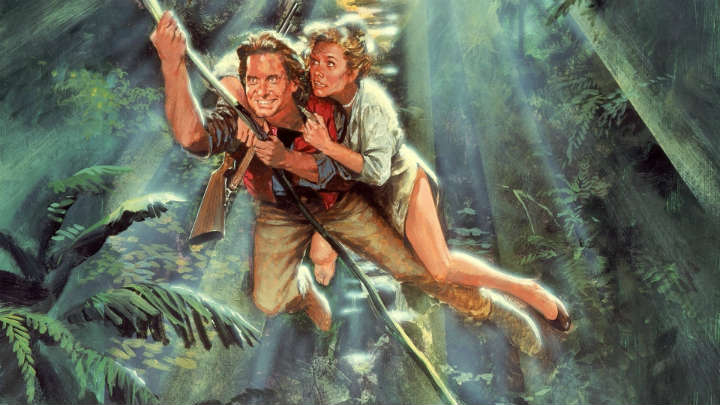 The cops? What do they want? I haven’t done anything lately!

Because every now and then, we need a romantic adventure with a rogue as our leading man… 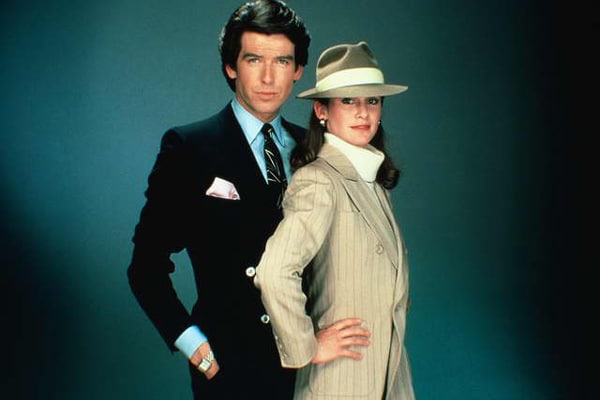 Go back and do yourself a favor by watching the romantic TV series Remington Steele. It’s easy to see why Pierce Brosnan would later play the iconic James Bond.

I came this close to biting Custer. The Indians got him first.

Lee Pace as both a vampire and a lovable rogue. Enough said. 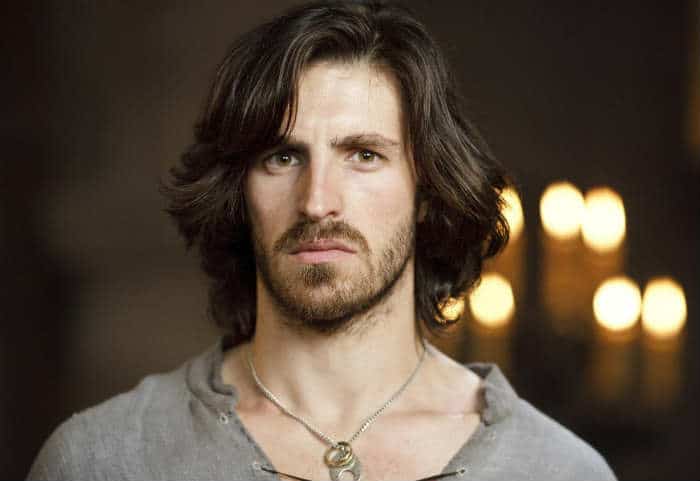 Your chances looked between slim and none. I, er…I guess I just kind of like the look of those odds.

While I loved the entire cast of Merlin characters, Gwaine always stood out because he was just plain fun and adorably roguish. 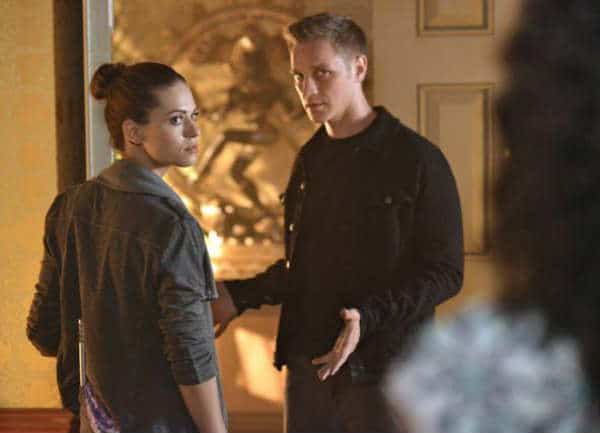 I’m new at this hero stuff, you’ve been doing it a lot longer.

Every spy show needs a rogue!

#43: SIMON TEMPLAR FROM THE SAINT 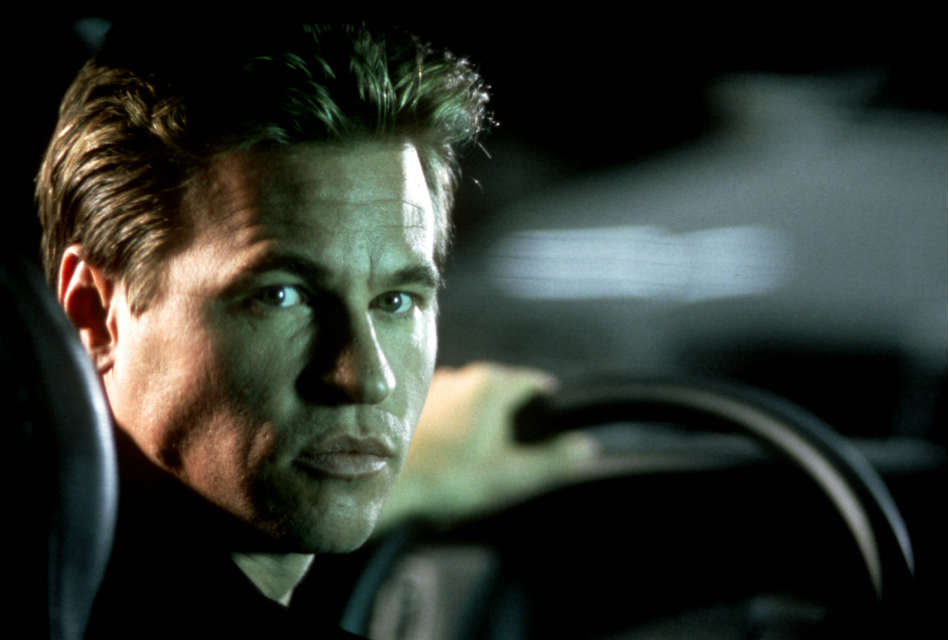 My name is Buro Houtenfaust. I was named for a Saint who was a very wealthy man. He had the wine, the women, the songs, the whole bit, and then inexplicably, took a vow of poverty and became a hermit. Ran off to live in the forest, in the nude.

Simon as played by Val Kilmer is the epitome of a good rogue. He’s charming, a criminal, and romantic all at the same time. 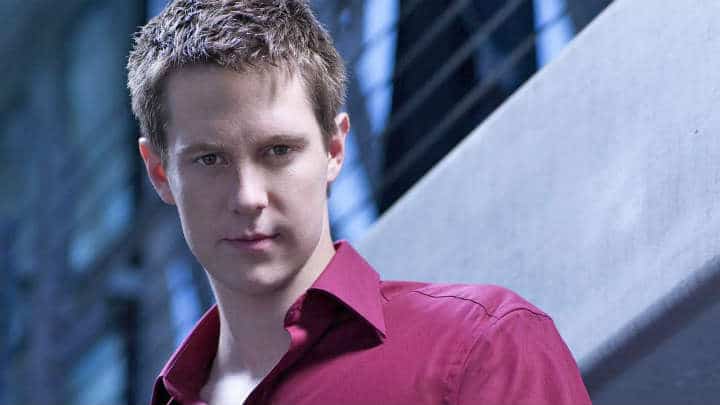 Josef: It’s a threat to our secrecy, what is this the 1720’s? We’re discreet, we don’t leave bodies lying around! We have to be extra-vigilant, we live in the age of fingerprint scans, DNA tests, genome mapping.

Josef: I am relaxed. This is relaxed. You’re only ninety, you’ve never been chased by a torch-bearing mob, hungry!

While Moonlight is always worth watching for the epic romance between Mick and Beth, I also recommend it for Josef’s witty and roguish one-liners. 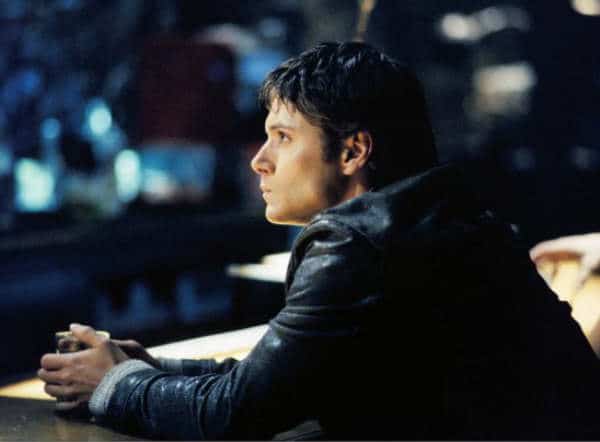 I mean, why consummate two years of unbridled passion when we can have pasta?

Alec arrives in season 2 with wit and snark. Dark Angel needed one of those lovable rogues to shake things up! Extra points for a young Jensen Ackles (pre Dean Winchester) in the role. 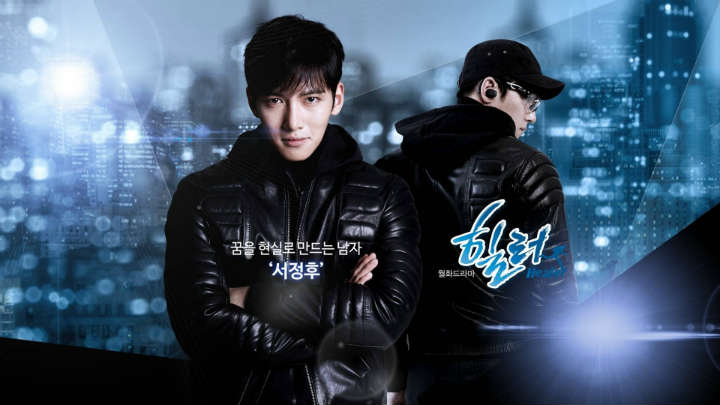 When two predators meet, there isn’t anyone who doesn’t fear. Everyone is afraid. However, it is the one who shows fear first that will lose their life first. Therefore, if someone is coming after you … before your weaknesses are revealed, attack them first. That is how you survive in the Animal Kingdom.

Seo Jung-Hoo is known as Healer, an illegal night courier, equipped with fighting skills and a hacker sidekick. But then he meets a girl in this almost perfect Korean Drama. He will do anything to protect her making us love him even more. 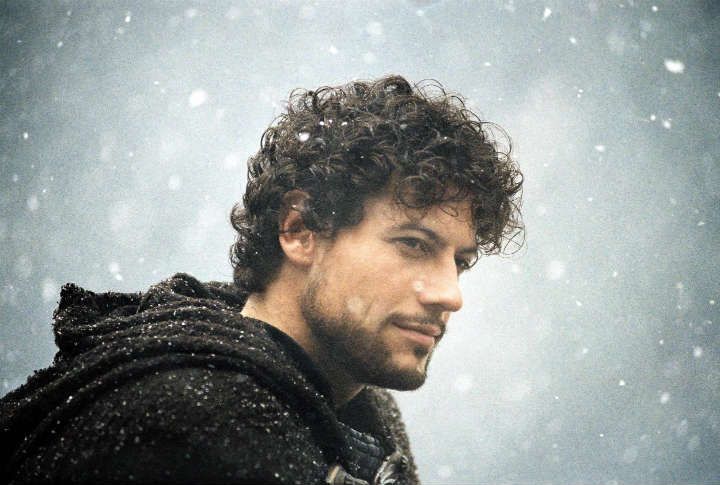 Lancelot: Well, if this woman of Gawain’s is as beautiful as he claims, I expect to be spending a lot of time at Gawain’s house. His wife will welcome the company.

Gawain: I see. And what will I be doing?

Lancelot: Wondering at your good fortune that all your children look like me.

While King Arthur has plotting issues, Ioan Gruffudd as Lancelot works like a charm because he’s so darn charming. He was just meant to play a rogue.

#38: LEONARD SNART & MICK RORY FROM LEGENDS OF TOMORROW AND THE FLASH 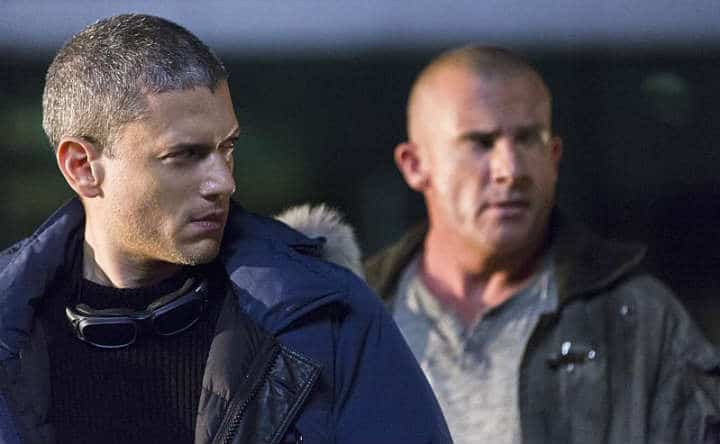 Mick: I can’t believe you’re hooking up with the Englishman. We’re thieves. Crooks. Criminals. I have no desire to save the world. Especially 100 years after I’m dead.

Snart: He said across time, Mick. What about the years before? Before fingerprints and surveillance cameras and DNA analysis. Why did we become criminals?

Mick: Because we hate working and we love money. 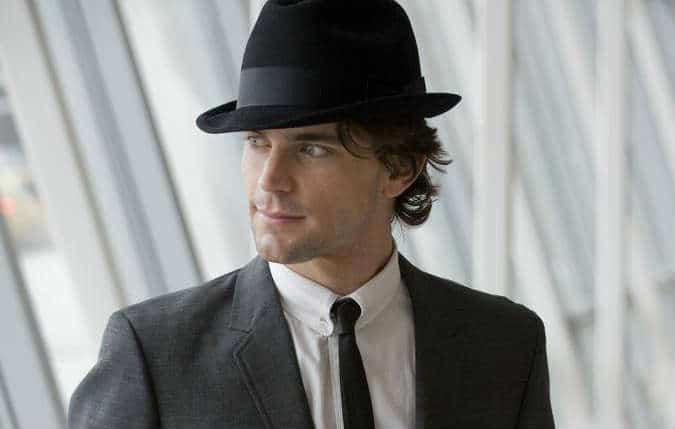 Neal: You only know the guys that get caught. They’re the second best criminals.

Peter: What’s that say about you?

Neal: It says that there’s an exception to every rule.

Neal Caffrey is a thief and a conman. But he’s also helping the good guys out. How can you not love that handsome face? 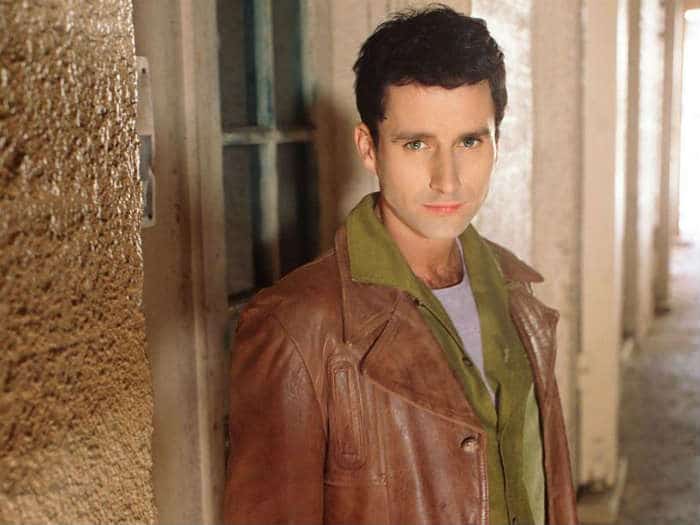 Angel: It’s all the same thing. Fight the good fight, whichever way you can.

Doyle: Tell you what. You fight, and I’ll keep score.

Doyle’s one of my personal favorite characters killed off too soon. Still, while he was on Angel, Doyle was a rare but also lovable geeky rogue!

#35: THE OLIVER QUEENS FROM SMALLVILLE & ARROW 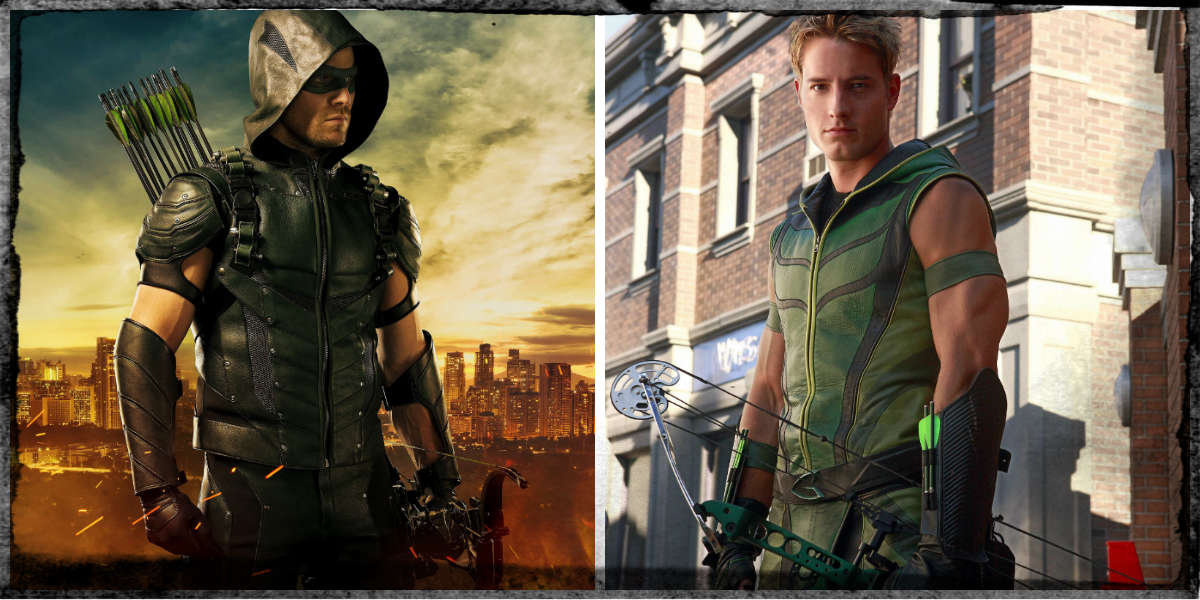 Oliver Queen (Smallville): They say being a wanted man is supposed to be a bad thing.

How could I choose from these two vigilantes? One is snarky while the other can’t take a joke, but both are lovable rogues we can’t help but root for even when they’re breaking the law. They’re trying to save people after all!

#34: SIR PERCY FROM THE SCARLET PIMPERNEL 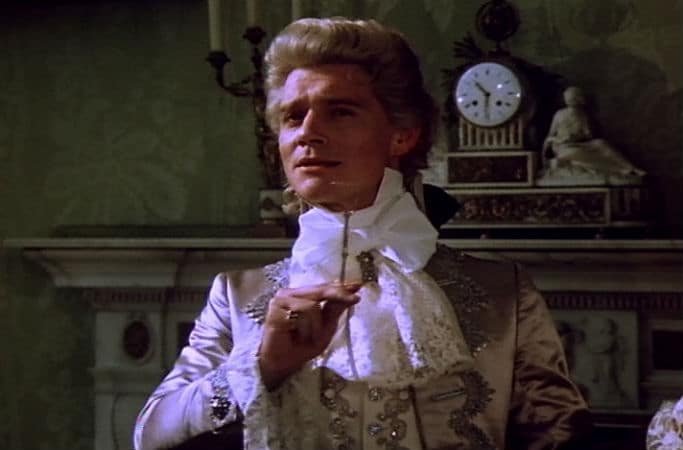 Sir Percy: My dear chap, I never would have dreamt of depriving you of your moment of triumph. Alas, a moment was all I could spare.

Sir Percy’s mocking and swoony in this romantic adaptation of the classic novel. 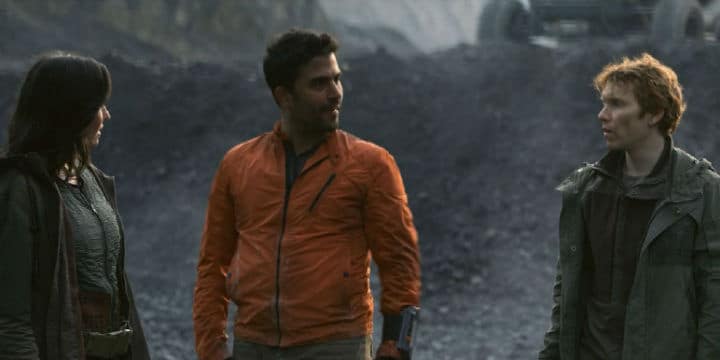 Judy: But you were…How did you?

I’m so glad Netflix’s reboot of Lost in Space didn’t forget to include a lovable rogue. Action-Adventure Sci-Fi just isn’t any good without that antihero who somehow does the right thing in the end. 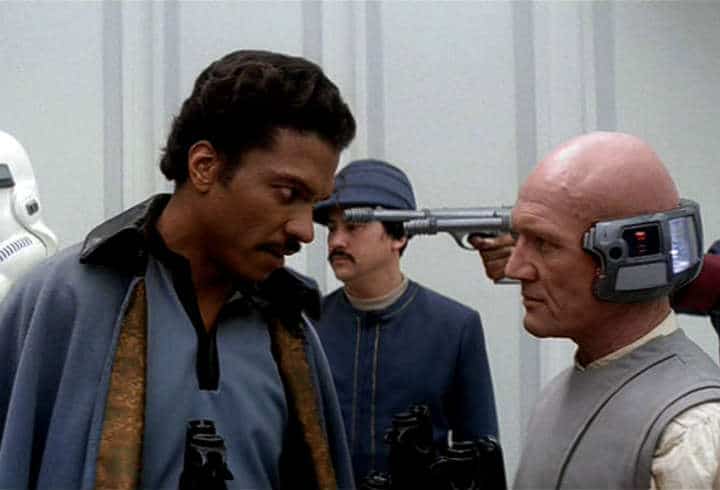 Lando: What are you doing here?

Han Solo: Ah, repairs. I was hoping you could help me out.

Lando: What have you done to my ship?

Han Solo: YOUR ship? Hey, remember you lost her to me, fair and square.

What I loved about the original Star Wars films is that not only did we get one rogue, but two lovable rogues and scoundrels! Does anyone have thoughts on Donald Glover as the younger Lando in the new Solo film? 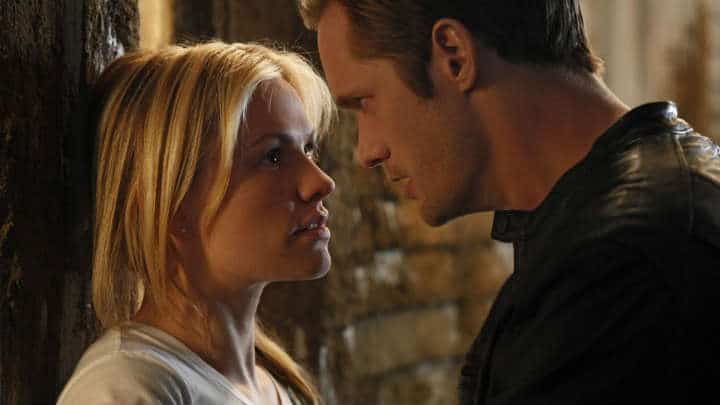 Eric: Death is scary. I’ve been avoiding it for a thousand years.

Eric has an infectious love of life that involves criminal vampire activity, but he also has a weakness for a particular blond that helps him do the right thing every once in a blue moon. (Note: True Blood is an extremely explicit show so you’re warned, but the list just didn’t feel complete without him.)

#30: SON O-GONG AND WOO HWI-CHUL FROM HWAYUGI (AKA A KOREAN ODYSSEY) 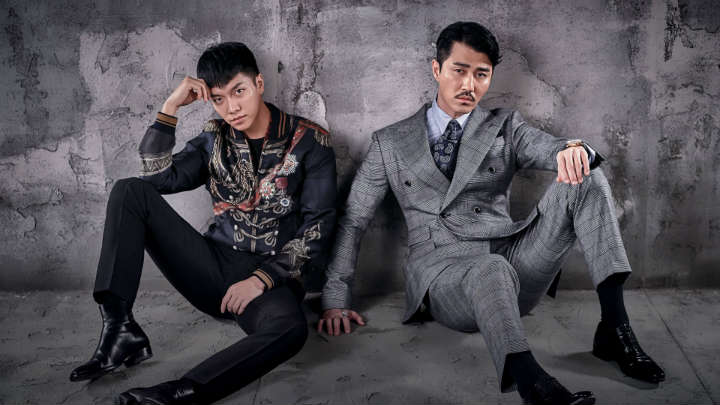 Son O-Gong: You’re going to be so bored without me. What are you going to do?

One’s a demon trying to become a god and the other’s a god who causes endless mischief. Together, their bromance is hilarious and endearing. This is one K-Drama that needs a season 2!

#29: KILLIAN JONES/ CAPTAIN HOOK FROM ONCE UPON A TIME 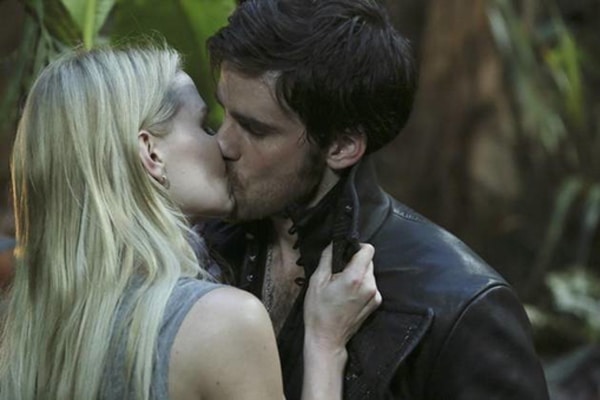 Emma: We’re all going to be fine. We’re going to switch to water.

Is he a villain? A romantic hero? Hook always likes to play on the edge with his Irish charm. But he definitely steps up to the plate to give Emma a happy ending.

#28: DAMON SALVATORE FROM THE VAMPIRE DIARIES 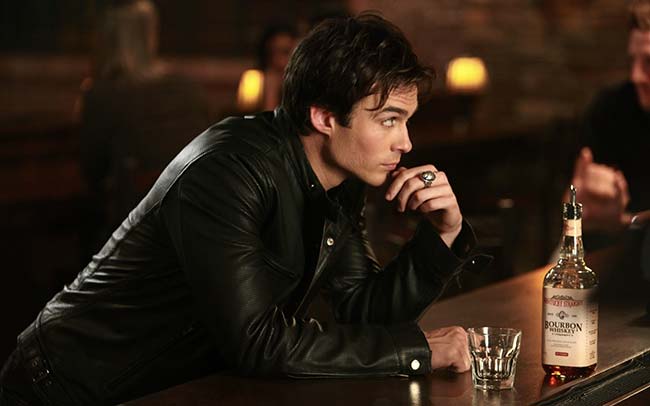 Damon: It`s very Emerson how you reveal your soul. So many adjectives.

Damon’s a villainous, seductive, womanizing vampire with comical side quips, but he will also do anything for love and redeems himself by story’s end. 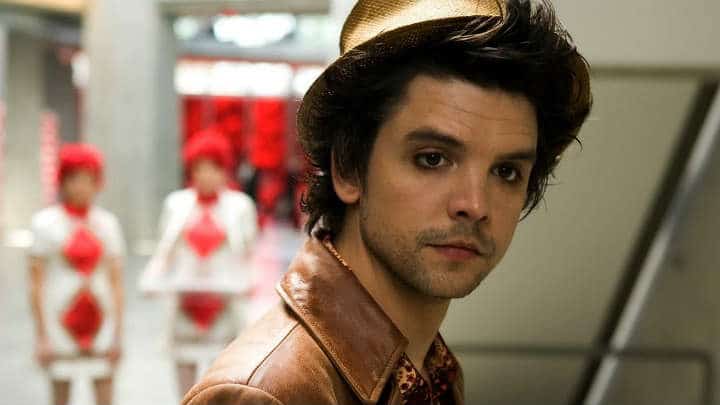 Hatter: I know a thing or two about liking people, and in time, after much chocolate and cream cake, “like” turns into “what was his name again?” 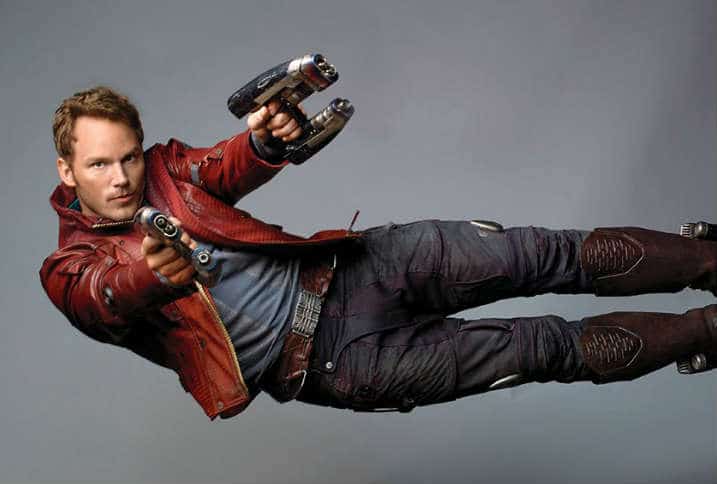 Star-Lord: I found something inside myself, incredibly heroic…not to brag.

I think this picture pretty much says everything.

Turn the Page for the Top 25 Lovable Rogues!