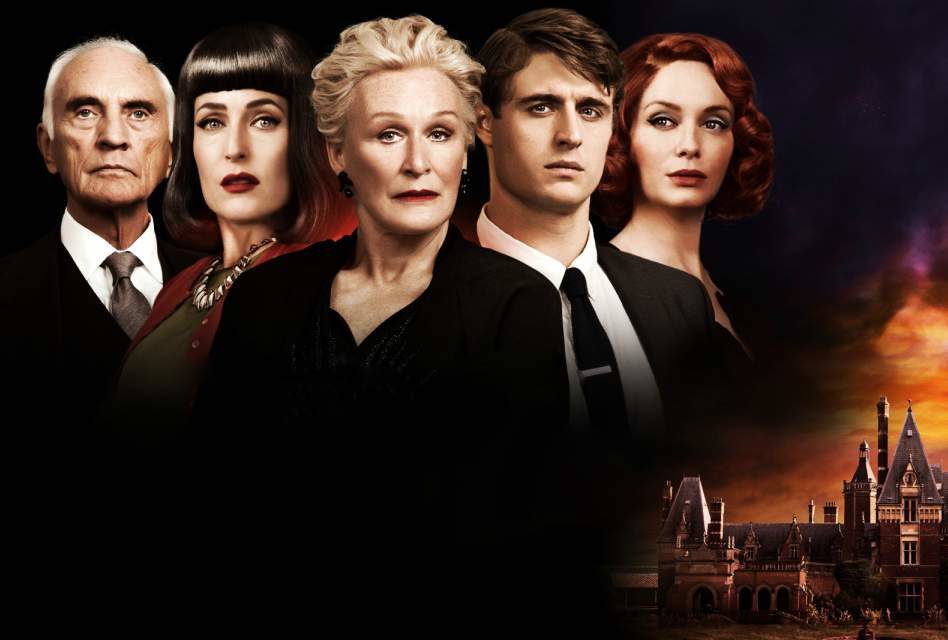 Boasting a quality cast and incredible sets, this small market adaptation of Agatha Christie’s Crooked House is worth a look-see. It’s flawed in ways that take a bit of adjusting to, but the flaws somehow fit in with the themes and nature of the film. Plus, it’s also a top-notch period piece that deserves the time of any avid whodunit fan.

The story’s opening focuses on a young Charles Haywood (Max Irons) as he arrives at his office. Though a fledgling private investigation office that sees little to no business, he’s determined to make a go of it. Today is different. Today his secretary excitedly tells him there’s a woman waiting for him in his office. Inside his door sits Sophia de Haviland (Stefanie Martini), a wealthy young woman Charlie knew not long ago. In fact, once upon a time, he fell head over heels for her…

Sophia’s re-entrance into his life has nothing to do with her heart, and everything to do with the recent death of her grandfather. She believes he was murdered… and that the murder is someone still living under the roof of the family home. Though reluctant, Charlie begins to take a closer look and discovers a list of suspects capable of committing murder. Among them are the victim’s two sons, Phillip (Julian Sands) and Roger (Christian McKay), along with their wives, then there’s the victim’s sister-in-law, Lady Edith (Glenn Close) and of course, Sophia…Not to mention a few others.

Unlike the ITV adaptations of Marple or BBC’s more recent serial, Partners in Crime, recent standalone adaptations by Christie take on her darker hues. This film is no different. It’s more akin to the likes of the BBC series Sherlock because of the darkness that hangs over it, but not as dark as the ITV production of And Then There Were None. 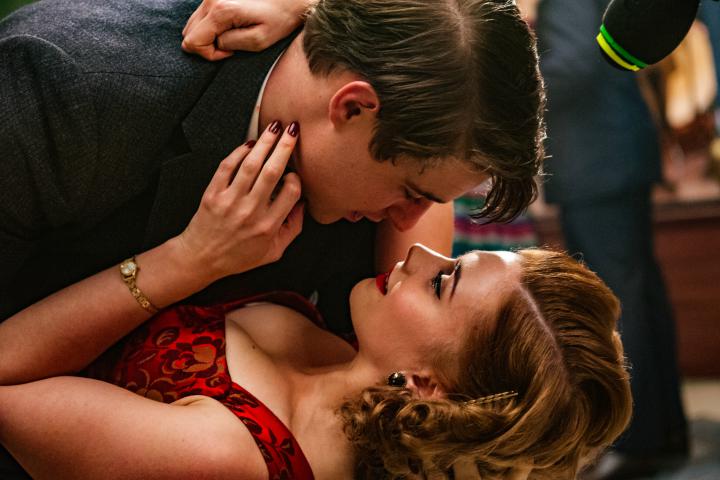 This story doesn’t isolate its characters, which is already a positive. It puts its characters out in the world here and there which gives the viewer a bit of a breather from the heavier topical and thematic elements. In particular, there’s a romantic scene that involves two characters spending a night on the town dancing. Not only does this offer a break from the mystery, it also allows the cinematic stage to show off its era in all its vintage glory. The 1950s take center stage, from the sleek sophistication of the costumes to the motor cars, everything is scrumptious.

RELATED | MR. HOLMES – A TENDER TALE OF LOVE AND LOSS

Despite Crooked House‘s many qualities (more of which I’ll talk about later on), there are some flaws. Most of which are production flaws. The direction of the film has a few too many odd angles and on occasion, “jarring” moments, to be completely fulfilling. That said, considering the genre and its storyteller, I do think if any film can get away with it, this one can. The flashbacks are another minor irritation since upon reflection I don’t feel as if they really aid the story. Penned by award-winning screenplay writer, this one has the talents of Julian Fellowes (Downton Abbey) at its disposal, which is part of the reason everything feels period authentic.

Another reason why is the cast. From its top-billed stars (all of whom are no strangers to period drama) to the cast I haven’t mentioned, everyone is brilliant. You’ll also recognize Amanda Abbington (Sherlock, Mr. Selfridge), Gillian Anderson (Bleak House) and rising star Honor Kneafsey from Our Zoo. In addition to everyone else, I particularly enjoyed seeing Stefanie Martini (Doctor Thorne) in another period piece as well as Max Irons, who is the son of Jeremy Irons and Sinéad Cusack!

Minor flaws aside, I thoroughly enjoyed this production. (If one can say they “enjoy” Christie’s dark side.) There’s a good mystery and for some of us, the ultimate conclusion will surprise. It’s an intense tension build to the conclusion; an ending that is definitely not fully satisfactory. Rather than give us a kind of futuristic glimpse into everyone’s life, the film abruptly ends. Still, careful sleuths will be able to pick up on cues, and with a little imagination, will see brighter days lie ahead for everyone.

Where to watch: You can purchase Crooked House on BluRay or DVD or own/rent it digitally through Amazon Video.