A Place To Call Home knows how to play with the audience’s emotions because the writing is so masterful. Unconventional romances is just one of the ways the underrated Australian show hits hard at our heartstrings. And while most of the show’s romance factor focuses in on Sarah and George, several secondary love stories stand out in this ensemble period drama series as well.

Elizabeth and Douglas – The Build Up 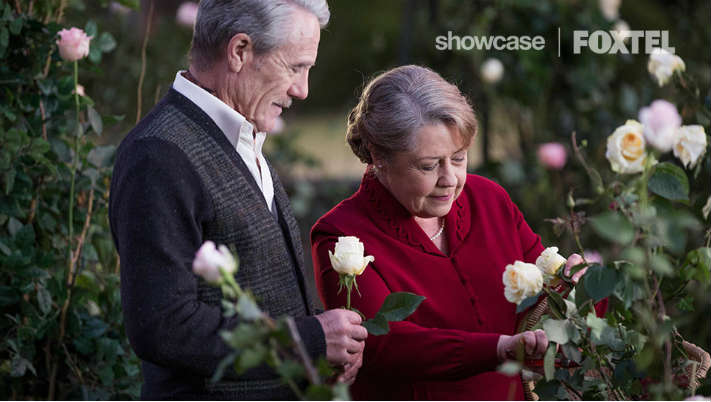 From the beginning, Elizabeth Bligh (played by the brilliant Noni Hazlehurst) was quite the force to be reckoned with. Stubborn and sometimes manipulative, who knew that underneath was such a heart of gold?

As the seasons progressed, and her heart warmed to Sarah, the audience likewise warmed to this wealthy matriarch. Layered and fascinating, Elizabeth was a woman who never really had love. Until Douglas Goddard.

Romance isn’t just for the young after all, a fact writer Bevan Lee achieves beautifully and romantically in A Place To Call Home. He writes Elizabeth and Douglas as soul mates reunited later in life with a second chance at love. Hesitant at first, Elizabeth opens her heart and the two eventually marry. Life, for Lizzie as Douglas calls her, is wonderful for the first time.

Elizabeth and Douglas – The Romantic Moment 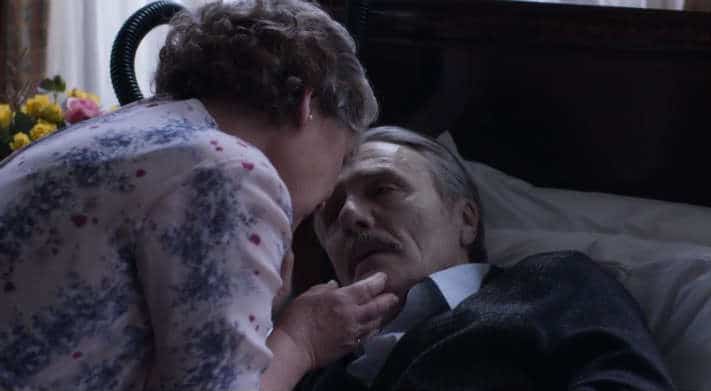 Then season five happens. A few happy years pass by until one day a cough. And then blood. And then the news he only has a few painful weeks or months to live. How could Elizabeth lose the man who finally made her happy after so many years of loneliness?

Well, Elizabeth, always the social planner, plans one last big event for Douglas, a party where he is surrounded by grandchildren and the men Douglas helped at his refuge for returned soldiers. It’s a beautiful day. The perfect day. 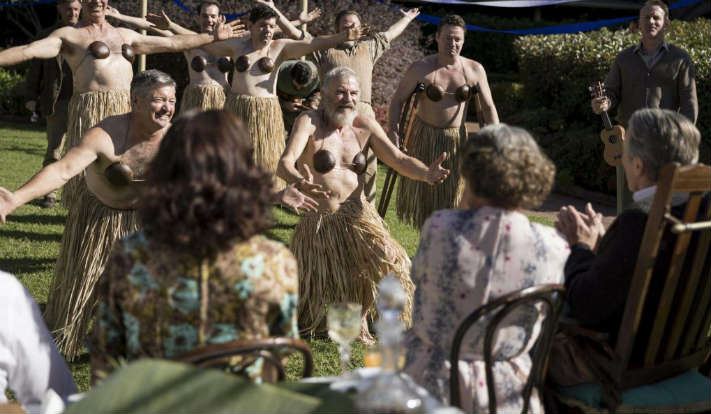 In intense pain from cancer, Douglas wants to leave life on his own terms surrounded by all those he loves, especially Elizabeth. Little does she know, that someone has given him the means to end his own life before the pain becomes too much. It’s the last thing Elizabeth wants but she lets him make his one last heartbreaking choice.

Still, she wanted more time. Douglas was the first real happiness of her life as she was for him. With their confessions, Douglas kisses Lizzie’s hand.

“You are the first real happiness in my life.” 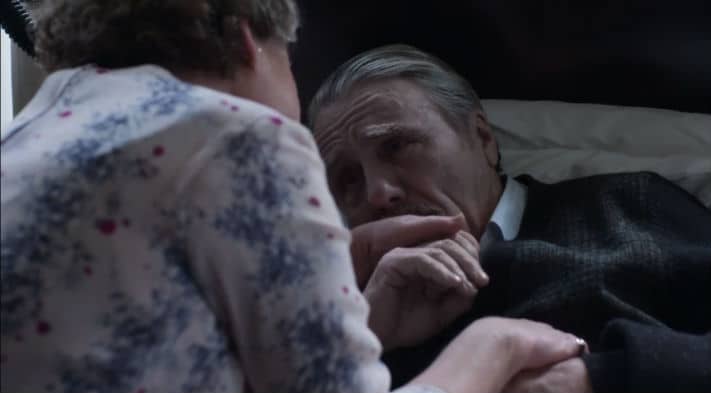 Now, I’m not one to find assisted suicides or suicides in general romantic (Romeo and Juliet aside). And this isn’t exactly a scene about what you do or don’t believe (at least for me) on this subject. It’s just a moment between two people saying goodbye and it is so authentic that you will feel the love between these two fictional characters as if they were real. And that’s what makes this scene so lovely and quietly tender. So when Elizabeth hands him the medicine and he tells her he loves her, asking for a kiss, you believe him. You believe in their love. 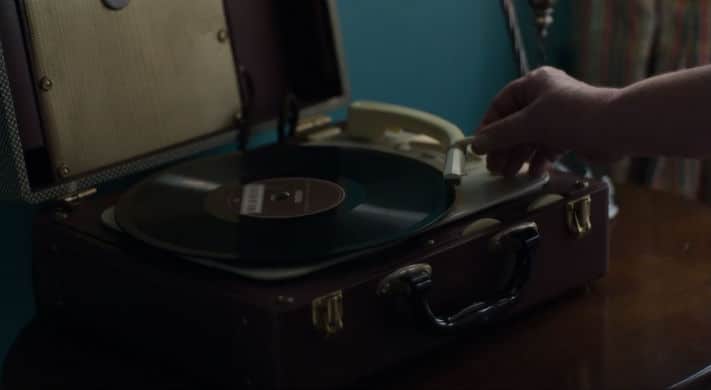 After the kiss, Douglas asks Elizabeth to play Chopin. And so Elizabeth turns on the record, “Tristesse,” the song playing in the background. He taps the beat against her hand.

“Don’t mind if I doze off,” he whispers, Elizabeth wishing she was going with him. In response, Douglas merely says the most romantic words possible:

“I’ll be waiting for you when you do.”

And with that, he says one final goodbye. His fingers stop tapping. He’s gone, leaving Elizabeth nothing but a memory of their life and the possibilities of the full life she could have lived with him when younger. If only she hadn’t chosen Ash Park’s life of obligation and responsibility. 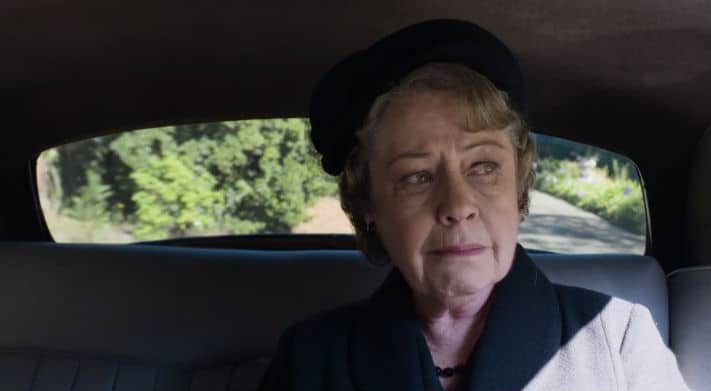 Later, after his funeral, she listens to Chopin’s song once more. I like to believe that one day after she dies, Elizabeth and Douglas will be reunited. It’s sad but in a small way, offers up hope for the future.

What did you think about the romantic tragedy between Elizabeth and Douglas? Are you enjoying season 5 of A Place To Call Home? Sound off below…

4 thoughts on “Romantic Moment of the Week – Elizabeth and Douglas: A Heartbreaking Moment from A Place to Call Home”