Netflix has picked up a Korean series based on the 16th century classic Chinese novel, Journey to the West by Xi You Ji. A Korean Odyssey has quite the background too. It’s directed by the director of the adorable romantic comedy, The Greatest Love, written by the talented Hong Sisters (just go watch The Master’s Sun), and comes from the studio (Studio Dragon) that brought us the epic series, Goblin, I’m not sure where the show can go wrong.

The US premiere on Netflix is still unknown. But in Korea, A Korean Odyssey begins on December 23, 2017 on tvN. If you don’t want to wait for the Netflix premiere, you can also watch the series on Viki starting December 23rd. On Viki, the series is known as Hwayugi.

The series stars Lee Seung-Gi (My Girlfriend is a Nine-Tailed Fox), Cha Seung-Won (The Greatest Love), and Oh Yeon-Seo (My Sassy Girl).

The Hong Sisters who brought us the ever so swoony and romantic The Master’s Sun takes the classic novel and puts a modern romantic fantasy twist on it. AsianWiki gives us an ambiguous plot: “In 2017, Son O-Gong and King Wooma (Cha Seung-Won) are in conflict with each other and they look for a true light in a dark world where evils exists everywhere.” Of course, romance soon enters into the picture!

RELATED | THE MASTER’S SUN REVIEW – THE MOST ROMANTIC SHOW OF ALL TIME?

While there isn’t a lot known about the plot, clues have arisen on the Wikipedia page with character descriptions. A Korean Odyssey sounds like a paranormal romance about demons and a love triangle. And in the hands of the Hong Sisters, I couldn’t be more thrilled. 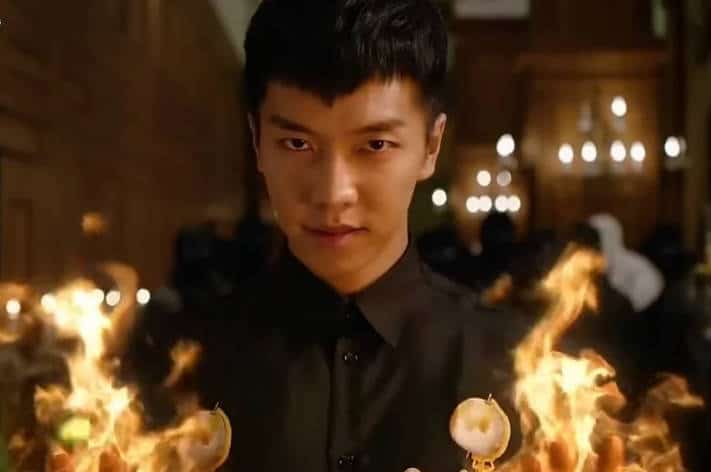 Netflix gets original programming right. They understand that a variety of shows and not just Emmy darlings (sometimes, you just want to watch Fuller House) invites a wider interest in those who want to pay monthly for the increasing competition of streaming services. Paying attention to Korean Dramas is a smart move. Hopefully, this will pave the way for more people to cross paths with global shows and the romantic awesomeness of K-dramas. And then they can head over to DramaFever and Viki for a larger collection of Asian Dramas to choose from.

As for A Korean Oddysey, I am so excited that the Hong Sisters are bringing us another romantic fantasy. The Master’s Sun remains one of my favorite shows of all time because the mythology and romance was just so amazing. The Hong Sisters can also be pretty darn funny. And if the show can equal the production quality of Goblin, all the better! I don’t know about everyone else, but I am in eager anticipation of A Korean Odyssey’s debut. For those a little unsure about watching a foreign show with subtitles, go binge The Master’s Sun (available on DramaFever) ahead of time and see if that will open your mind. It’s just so addicting…

Are you excited for A Korean Odyssey? Sound off below…