One of the reasons I love books and films are the stories they tell. But I’m not just a huge fan of fictional stories. Real people’s stories fascinate me; their personal experiences, what makes them tick etc. This is why when I heard about Harold and Lillian: A Hollywood Love Story I was interested in watching it. Then, of course, I read several positive reviews about this ordinary couple who worked in an extraordinary industry and knew I had to see it. Harold and Lillian Michelson were a behind-the-scenes Hollywood institution. Despite all of my interest and research into film history, I had never heard of them before.

RELATED: Film Review: The Man Who Saved Ben-Hur -A Touching Documentary with Never Before Seen Photos From Hollywood’s Glamour Days 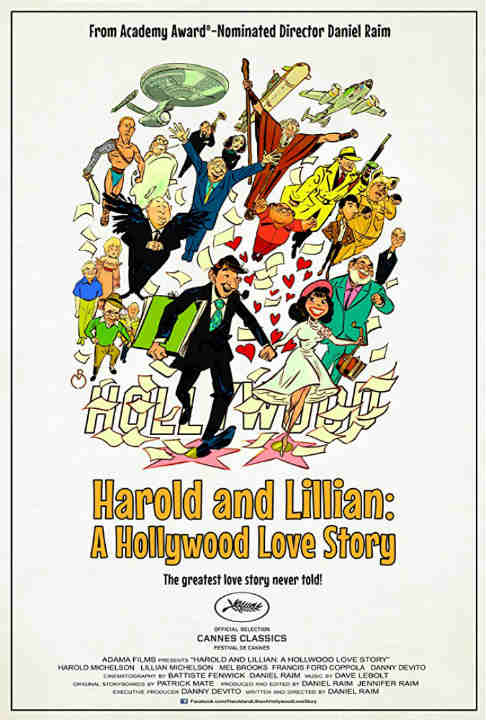 ABOUT HAROLD AND LILLIAN

The Michelson’s moved to Hollywood from Florida in 1947. Harold was a self-taught artist who eventually found a job working in the movie industry as a Storyboard Artist. He slowly worked his way up to become a Production Designer. Lillian loved to read. She used it as a way of escaping a busy and demanding life as a wife and mother. This interest led her to become a volunteer for a film studio as a researcher. In this position, she ensured that the movies remained as historically and otherwise accurate as possible. Along the way, she became the owner and manager of a huge collection of books and other source materials, which eventually became a valuable film research library.

Harold and Lillian’s two passions dovetailed nicely producing a couple who was not only well matched personally but also professionally. They strengthened each other. Together they worked on many famous and popular pictures over the course of fifty years, such as The Ten Commandments, The Graduate, The Birds, Fiddler on the Roof, and Scarface among others.

This documentary is also a look at their personal relationship, a marriage which lasted over sixty years. This is quite an accomplishment in a demanding industry which tends to end marriage rather than sustain it. Through interviews, clippings, and pictures, Harold and Lillian each get to tell their story in their own words, sharing their personal memories, triumphs, and tragedies.

RELATED: Documentary Short Film Review -Nothing to Something 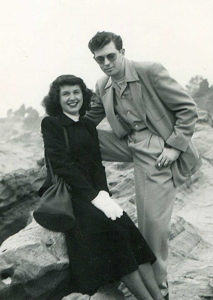 I have long been fascinated by Hollywood and its’ history. As early as 7th grade I did a research paper on just this subject. One of the things I really enjoyed about this film is learning more about what goes into the making of a feature film.

I had no idea what storyboard artists did and how they can shape the moving images of the screen. The film emphasizes this by interspersing Harold’s drawings with film shots from the movies, in some cases showing how exact the translation from paper to the screen was. It was also interesting to hear how important Lillian’s research was in making sure a film is accurate. I didn’t realize that was a priority in an industry which seems to be more about entertainment than accuracy. The stories behind how Lillian went about tracking down that research were extremely entertaining and worth a movie of its’ own.

Directed by Daniel Raim, Harold and Lillian: A Love Story also features interviews with people who knew them personally, many of them co-workers. Some of these are famous faces such as Danny DeVito, Frances Ford  Coppola, and Mel Brooks. But most of those sharing their remembrances of the Michelsons are people like themselves, behind-the-scenes artists. It struck me how well they were not only respected but loved. Everyone mentioned how warm and welcoming they were and how they were the heart of each studio they worked at. It’s quite a memorial and legacy for a couple whose contribution to cinema is incalculable but also somewhat unknown. 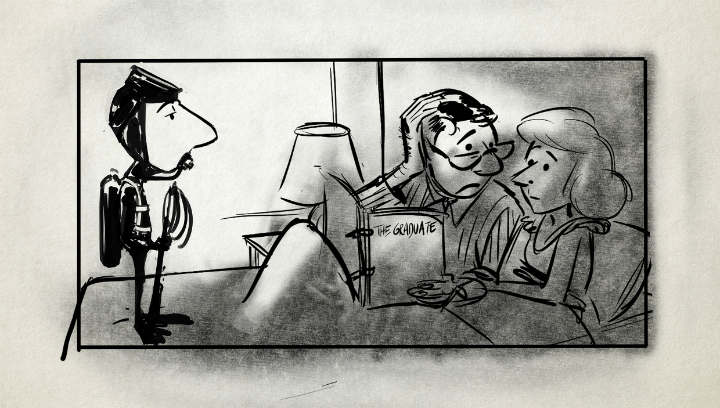 Besides the interviews, this documentary used a creative way to tell the story of the Michelsons. Throughout the film, illustrations of events in Harold and Lillian’s life are shown to augment the narrative. This is particularly special since those illustrations were drawn mimicking Harold’s own artistic style. It’s a very subtle tribute to Harold’s skill as an artist. 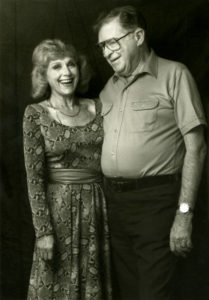 I totally fell in love with both Harold and Lillian. She proved to be quite a resourceful little firecracker. I loved her personality, her open honesty when confessing her faults or when speaking of her struggles as a mother. She is a pint-sized force of nature who didn’t know how to quit or take no for an answer. She also found her passion and made a career out of it, doing it not for the money but for the joy of it.

More reserved, Harold’s unique personality displays in the poems and cards he gave her. It moved me to hear how much he loved her from the very beginning even when her love wasn’t equally reciprocal. Hearing the stories of their marriage, the ups and downs, how they gave each other space at times, but also stayed committed was so inspiring.

Harold and Lillian: A Love Story is both an informational and inspiring look at a marriage and joint careers. In many ways, the warmth and welcome Harold and Lillian gave to their friends and co-workers also reaches out and envelopes the viewer. It’s a feel-good story which will leave you smiling and encouraged that such special people can exist in the world. I highly recommend this film.

Where to Watch: Harold and Lillian: A Hollywood Love Story is available on DVD/Blu-Ray. You can also rent or buy it from Amazon, GooglePlay, and iTunes.

1 thought on “Harold and Lillian: A Hollywood Love Story (2017) -An Inspiring Documentary About Marriage and Careers”