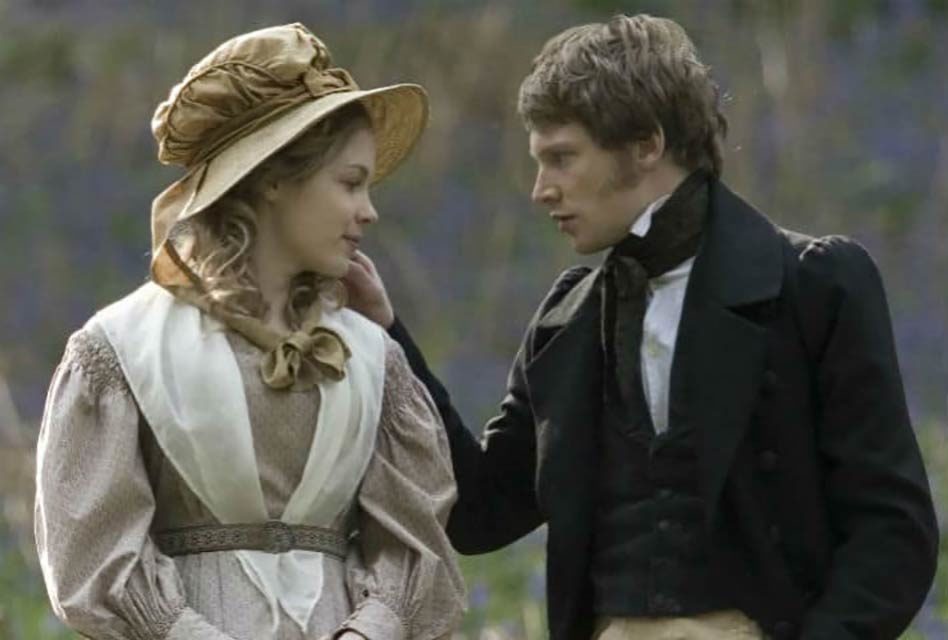 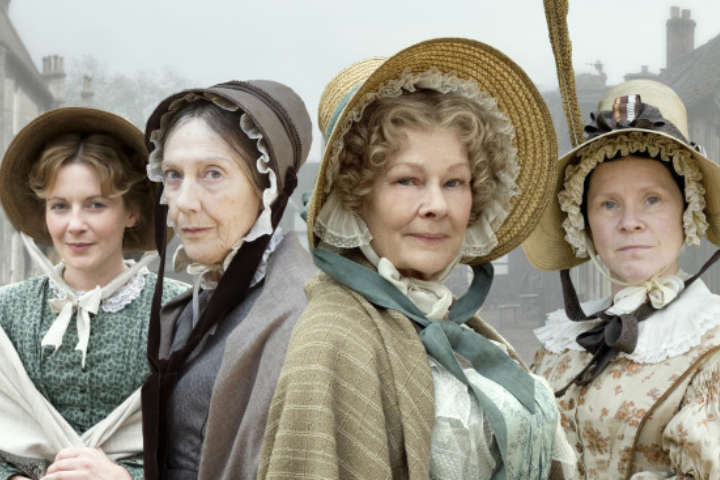 Cranford is a BBC five-part miniseries, based upon a number of novellas and short stories by Elizabeth Gaskell. The series stars Judi Dench, Eileen Atkins, Jim Carter, Simon Woods, Lisa Dillon, to name but a few. Truly, Cranford boasts an expansive and talented cast.

The series follows a year in the life of the fictional village of Cranford in Cheshire. 1842 is the year, and progress and modernity are threatening to irrevocably change the rhythms of this sleepy, little, out-of-the-way place.

When Modernity Comes to Town 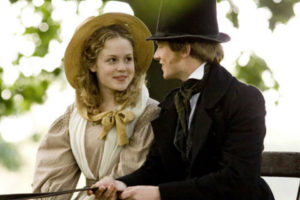 Many are after the good doctor (Simon Woods), but he’s only got eyes for the lovely vicar’s daughter (Kimberley Nixon).

The story opens with the arrival of two new individuals to the community of Cranford: the attractive, young doctor Frank Harrison (Simon Woods), fresh from medical school with many new ideas and practices, and the young, determined, would-be writer Mary Smith (Lisa Dillon), who is fighting for her independence.

Much of the series’ focus is on a core group of middle-aged/elderly women – spinsters and widows – who are the tradition bearers of the community, its moral compass, as well as its gossips. The leader of this group of single women is the well-respected Deborah Jenkyns (Eileen Atkins), the never-married eldest daughter of the village’s former pastor. She is propriety personified, dishing out advice and morality liberally. She lives with her spinster sister Matty (Judi Dench), an affable and flighty creature often deferring to her older sister’s pronouncements and decrees and wishes. Mary Smith stays with them; she is the daughter of an old, now deceased friend.

The Jenkyns sisters have something of a quorum of cohorts in Cranford, including: Octavia Pole (Imelda Staunton), gossipmonger extraordinaire, the Honourable Mrs. Jamieson (Barbara Flynn), a widowed aristocrat with airs, the spinster Tomkinson sisters (Deborah Findlay and Selina Griffiths), and the gentle, cow-loving Mrs. Forrester (Julie McKenzie). Thrown into this mix is an independent female milliner, a dutiful daughter with martyr tendencies, an angelically lovely vicar’s daughter, a maid with a forbidden love affair, a grand Lady of the nearby Hanbury Court with very decided opinions, and on it goes. 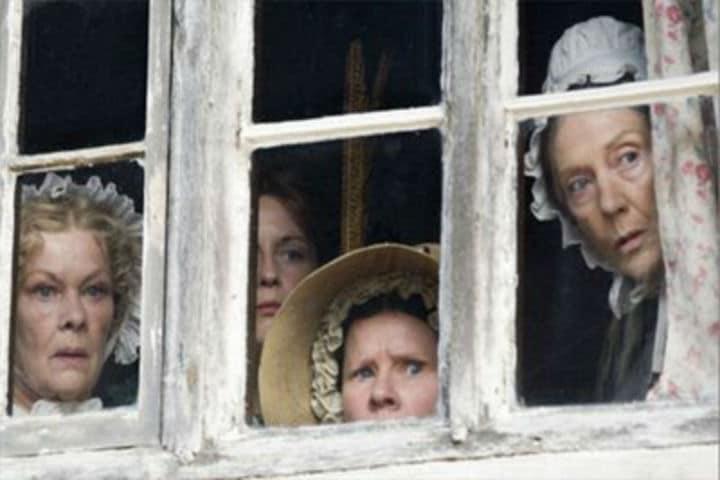 The handsome eligible doctor sends many hearts aflutter, even those spinster ones. There’re pushes for education for all – girls and boys – and even from the poorest social classes. And the railway, yes, the railway is hoping to make its way to Cranford. Progress is coming. Changes are in the air.

A Year in the Life of Cranford 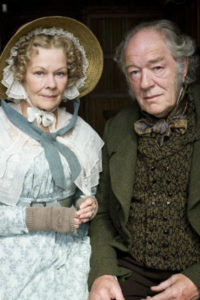 Cranford is a study of a village on the cusp of change. I’m not going to spoil all the plotlines here, but there are all the ups and downs of life. New friendships are forged just as fissures abound. There are misunderstandings, hurt feelings, loves lost and loves gained. There is pettiness and silliness and beauty and death, lots of death. Money is lost and gained. Tragedy strikes multiple times. Hopes are dashed. Tears will flow. And still, Cranford and its inhabitants survive and love and laugh and muddle along.

You will laugh and cry and sigh. I certainly did.

A Veritable Who’s Who of British Period Drama Thespians

See Cranford! It will not disappoint. It’s a gem of a period piece on community.

Where to Watch: You can stream Cranford on Amazon Prime and BritBox. The series is also available to rent/and or buy on Amazon Video, iTunes, Vudu and DVD.