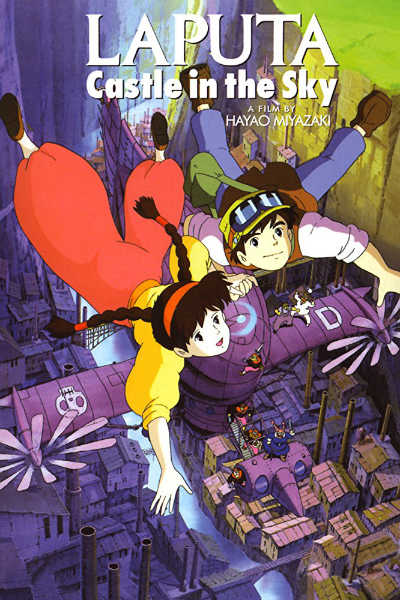 Laputa: Castle in the Sky is a fantasy adventure film. It’s also the cinematic debut of the now world-renowned Studio Ghibli. Inspired by Jonathan Swift’s Gulliver’s Travels, Laputa: Castle in the Sky takes the flying island Laputa from Swift’s 1726 story and reimagines it in a turn-of-the-century (nineteenth to twentieth), steampunk setting. So, the mysterious and legendary flying island of Laputa is the goal in this quest adventure – to find it and to unlock its secrets. Naturally, there are many seeking Laputa, some with more nefarious intentions than others.

RELATED: Nausicaä of the Valley of the Wind (1984): Miyazaki’s Seminal Sci-Fi Anime

In the film, a girl falls from the sky. Well, rather floats down from the sky – and Pazu, a young, orphaned miner, catches her. Her name is Sheeta, and she is a wanted ware. Government goons are after her. Air pirates are after her. And Pazu takes her in and believes her story and will do everything in his power to aid and assist her.

Meanwhile, Sheeta is somehow connected to the legendary flying island of Laputa. The family heirloom medallion, she wears around her neck, contains a rare crystal that allowed her to float, not fall, through the air. It is a key to the mystery of Laputa and its mythic powers.

Now, I don’t want to give away much of the plot. It is a very exciting adventure that our two young protagonists embark upon. Pirates are after them. Military folk are after them. And who’s good and who’s bad, yeah, in classic Miyazaki form, there are many shades of grey. And flight, there are lots of flying chases in this first film for a studio named after the wind and an airplane. 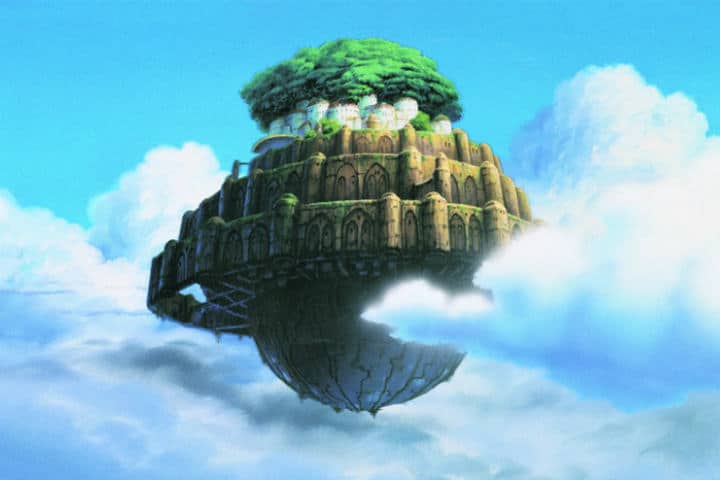 Beautifully animated, Laputa: Castle in the Sky tells a fantastic tale. Not to mention, with a wonderfully magical soundtrack by Joe Hisaishi as well. It’s a soundtrack that I listen to by itself on Spotify. Moreover, my son watches this film again and again. It really hits the right notes and has a wide family film appeal. There’s high-speed adventure for the young at heart and more thought-provoking allusions to the politicization of technological advances and the human costs of seeking to harness power to militant ends. So, there are many levels of enjoyment here – visually, musically, intellectually, purely entertainingly.

A Note on Love – Ghibli Style

Generally speaking, Studio Ghibli films are not romantic love stories. That is not the point. And yet, love is the motivating foundation for the characters’ actions. They act out of love – act to protect and prepare and save and redeem and befriend and believe because of love. The film tells a very non-sexualized, sustainable love that nourishes. Basically, love as life’s sustenance. 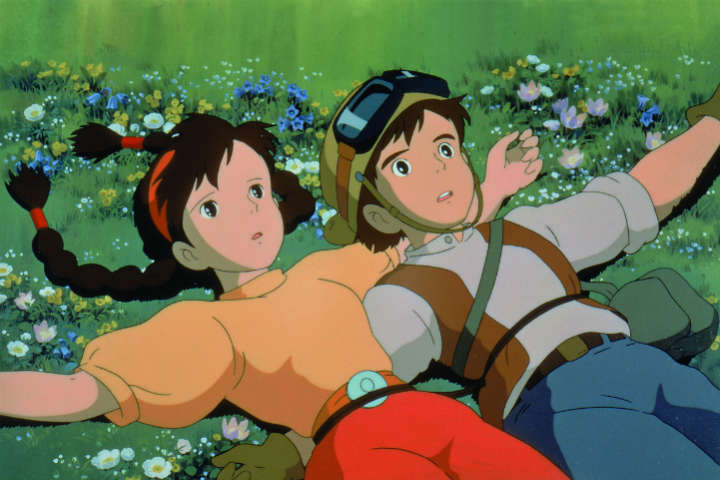 Pazu and Sheeta love each other. They just do, and it just is. There are no westernized, rom-com story arcs here. No major misunderstandings and no meet cutes of initial irritation. There are no rat-a-tat exchanges of verbal foreplay and no jealousies. No grand romantic gestures and grand declarations with their requisite locking of lips. Pazu and Sheeta just love each other – honestly, earnestly, openly. This love grounds and supports and sustains. It is without words, but full of acts. Every act is an act of love and support for one another. It is really rather straightforwardly beautiful.

I don’t know enough about Japanese culture to know if this is a cultural thing, or if this is just a Miyazaki/Studio Ghibli thing. But this sort of unspoken, foundational love is a common thread through much of this studio’s work. Nausicaä and Asbel from Nausicaä of the Valley of the Wind love one another. It’s never stated, but we just know it. Chihiro/Sen and Haku from Spirited Away love one another. It’s never stated; it just is. Kiki from Kiki’s Delivery Service loves Tombo. Gina and Porco Rossi are meant for one another. Princess Mononoke’s Ashitaka and San care deeply for one another; it is obvious in every action. And I could go on and on.

It’s not romantic love. It’s deep, abiding, sustaining love. And there is something very satisfyingly appealing in that. A portrayal of love as a foundation upon which to build and grow together in mutual respect, instead of this high-pitched, back-and-forth battlefield of the sexes and classes, as it is often portrayed. Love without the rollercoaster relationship drama.

RELATED: When Marnie Was There (2014): Studio Ghibli’s Swan Song – Maybe

Overall, see Laputa: Castle in the Sky. It’s a rollercoaster ride of an adventure founded on the steady basis of love. 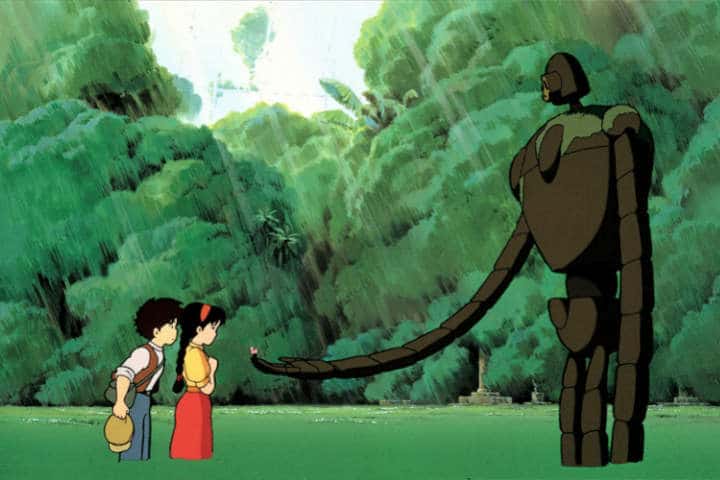