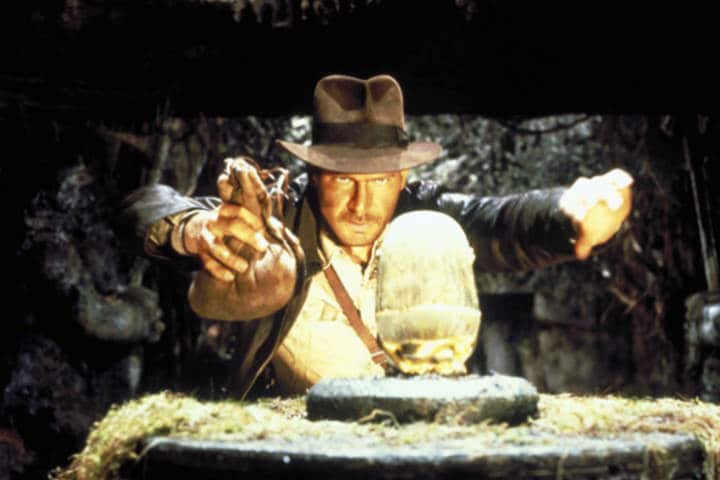 Ever since I was a little girl, I loved Indiana Jones. Other kids grew up watching Star Wars; I grew up obsessed with Indiana Jones (of course, I also loved Star Wars, but that’s neither here nor there). We had an old VHS tape of the first movie, Raiders of the Lost Ark, and I loved it. 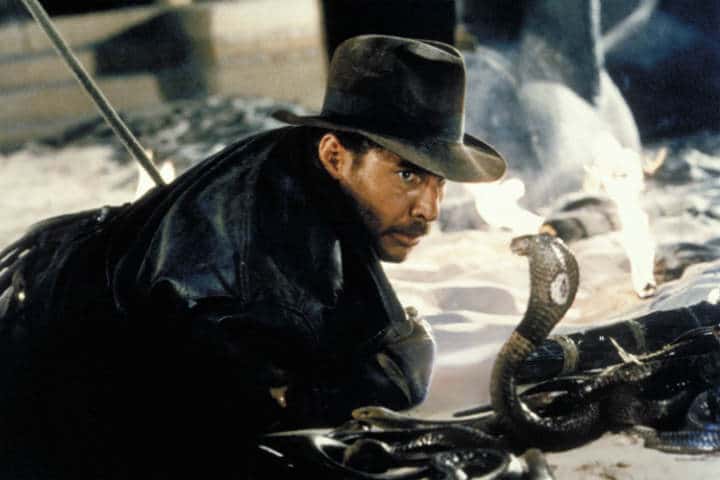 Maybe because of this, I always wanted to be an archaeologist. However, I decided that it was just too dangerous, with all the Nazi-fighting and snakes around. When I realized that Indiana Jones wasn’t actually an archaeologist; he’s an antiquarian, and I would be digging more than fighting, I revisited that childhood dream. I discovered I did love archaeology after all. And so, I became an archaeologist.

There are four movies in the Indiana Jones series, Raiders of the Lost Ark (1981), Temple of Doom (1984), The Last Crusade (1989), and Kingdom of the Crystal Skull (2008). Harrison Ford plays Indiana Jones. The films are directed by Steven Spielberg, with stories by George Lucas. And each film has music written by the legendary John Williams.

What many people don’t know, however, are that the stories are loosely based on previous works, including Secret of the Incas and the Alan Quartermaine adventure stories. Mainly, it is a callback to the adventure serials of the 1930s. Ford plays Henry “Indiana” Jones, a dashing and handsome professor of archaeology who goes on fantastic adventures around the world, trying to find rare artifacts for his college’s museum. He encounters many magical and mystical artifacts, fighting Nazis and other villains to keep these artifacts out of the wrong hands.

When it comes to reviewing the Indiana Jones series, I decided to go backward from Kingdom of the Crystal Skull to Raiders of the Lost Ark. So, without further ado, here are the four Indiana Jones films and my mini-reviews of each.

Indiana Jones and the Kingdom of the Crystal Skull

Crystal Skull was set during the Cold War. It’s the fourth film in the series. Indy is older now and reluctantly finds himself back in business. His adventures take him to South America, where he encounters new enemies and a familiar face from his past.

While many have mixed feelings about this continuation, I love a lot about this movie. The idea of Indy surviving a nuclear blast in a refrigerator is no stranger than him surviving jumping out of a plane and sledding down a mountain in an inflatable raft. The young Mutt, played by Shia LaBeouf, is annoying at times, but he and Ford play well off each other and the movie also brings back Karen Allen as Marion Ravenwood. 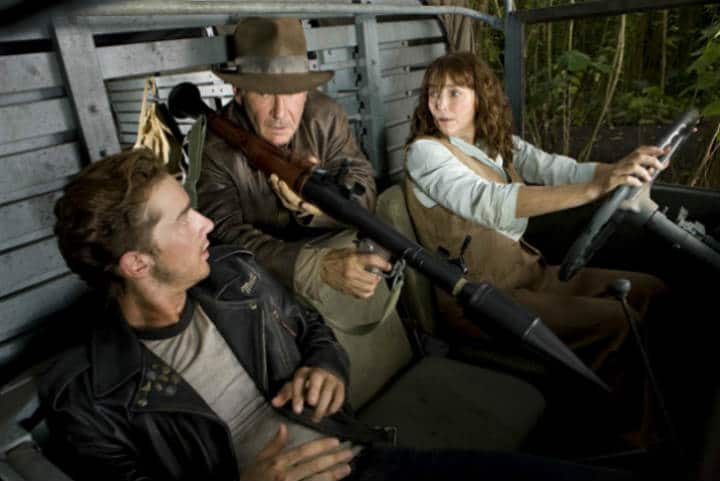 For me, though, this is all overshadowed by the ridiculous ending. Aliens indeed! It’s probably my least favorite film in the series, and most people try to forget that it exists. It’s not that bad, but I don’t think anyone calls it their favorite.

Indiana Jones and the Last Crusade

The third movie in the series, The Last Crusade, continues the trend of using Nazis as villains. This time, the film introduces us to Indy’s father, Dr. Henry Jones Sr., Archaeologist (played by Sean Connery). Set in 1938, The Last Crusade has numerous flashbacks that show us young Indiana Jones (played by River Phoenix) and tells us about the backstory of our favorite swashbuckling archaeologist. 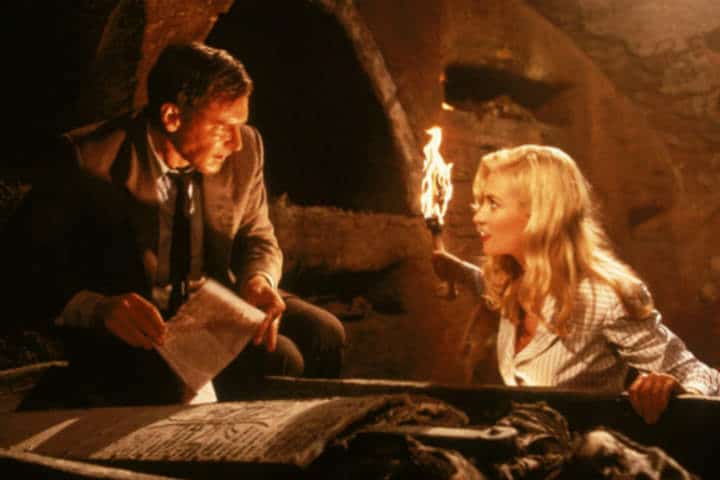 This time, Indy looks for the Holy Grail. Soon, he learns that his father has disappeared while looking for it as well. With the lovely Elsa, Sallah, and Marcus Brody, Indy searches through Europe to find his father and the Holy Grail. He encounters Hitler, the Hindenburg, and a bunch of rats. 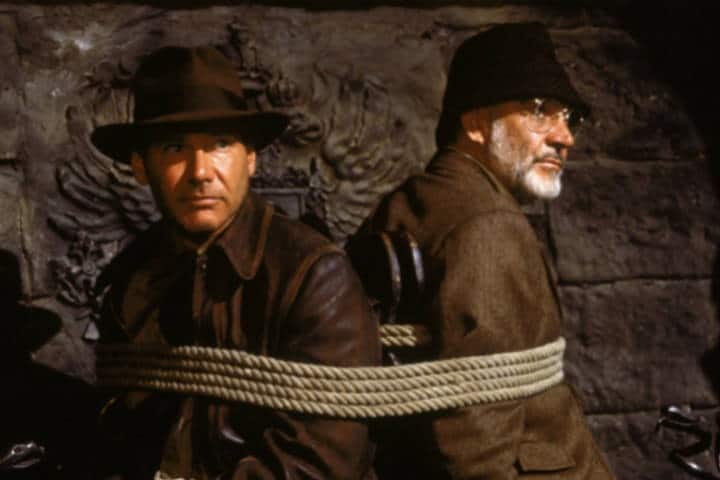 The Nazis are hot on his trail, however, and they may be closer than he thinks. Of course, the Grail is well hidden. It can also be dangerous. This movie is exactly what you expect from an Indiana Jones movie; it’s exciting with action, adventure, and a little bit of romance.

Indiana Jones and the Temple of Doom

The second movie in the series, The Temple of Doom, is the first one chronologically. Set in 1935, Temple of Doom opens in a nightclub in Shanghai. During an artifact negotiation, Indy ends up nearly poisoned and finds himself with two new sidekicks. One sidekick is Short Round, a twelve-year-old boy with a sense of adventure and street smarts. He is played by Jonathan Ke Quan. The other is a nightclub singer named Willie Scott, played by Kate Capshaw. Willie is a more typical damsel in distress than other heroines in the series have been. 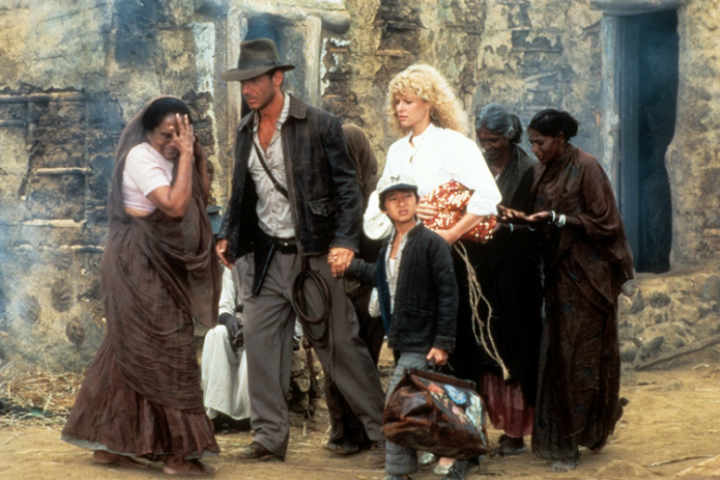 This is the film with the inflatable raft carrying the three as they fall out of a plane, then down a mountain, and then over a river. It’s ridiculous, but I think Indy is immortal, so it works out. Indy travels to a small village in India and learns that sacred stones and children have been taken. Following the trail, he discovers an underground religion that runs off child labor and performs human sacrifice. They can also turn people into mindless goons.

Between saving the children and Willie, and retrieving the stones, Indy has his hands full. Luckily, Short Round is there to save him. Many critics think that Temple of Doom is a somewhat racist movie since it has a lot of stereotypes about Indian culture in it. The mine race scene and the Shanghai Club scene, however, make it an Indiana Jones movie that is worth a watch. I’d say it’s better than Crystal Skull but not as good as The Last Crusade.

Raiders of the Lost Ark

I know that there is no such thing as a perfect movie, but in my opinion, Raiders of the Lost Ark comes very close. At least, it is probably my favorite movie ever. It has action, adventure, romance, a great story, and wonderful characters. 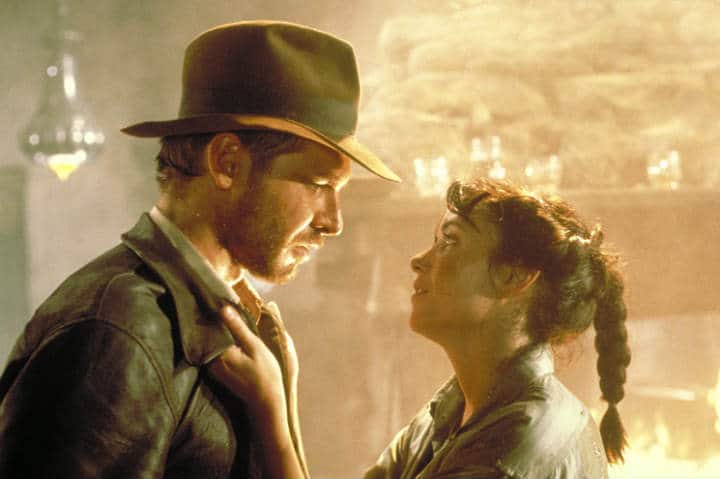 Nominated for several Academy Awards in 1982, Raiders won for Best Sound, Best Art Direction, Film Editing, and Best Visual Effects. Set in 1936, this film features iconic scenes like Indy and the sand, Indy outrunning the boulder, and the swordsman duel.

With Karen Allen as Marion Ravenwood, this film has a bit more romance than the others do. Ford and Allen play off each other well, and the chemistry between Indy and Marion is believable and sweet. In fact, I shipped Indy and Marion before I knew what shipping was. 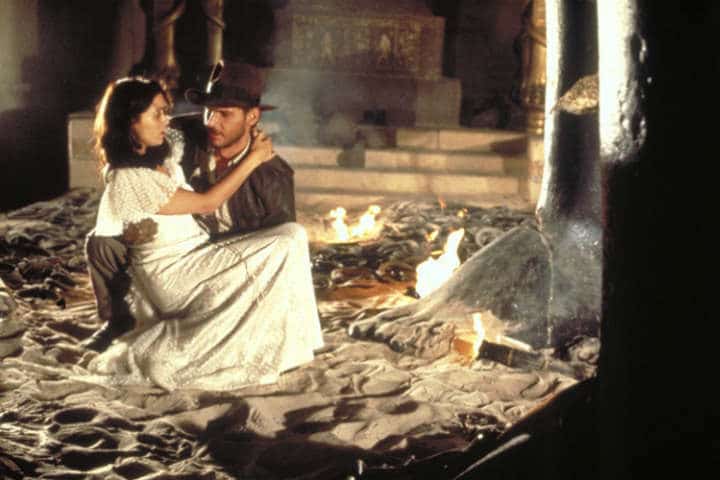 When the United States government approaches Indiana and asks him to find the Ark of the Covenant before the Nazis do, Indy sets out. He travels to Nepal, where he meets up with his old flame, Marion, before heading to Cairo.

Joining up with his friend Sallah, Indy and Marion try to outsmart the Nazis and their French Archaeologist Belloq. They also try to keep the Ark out of the hands of the Nazis. The effects can look a little cheesy today, but for the early 1980s, they look great. Plus, it has lines like “Indy, why does the floor move?” “Where doesn’t it hurt?” and “Snakes. Why did it have to be snakes?” It’s a fun and exciting movie that I love just as much as an adult as I did when I was a kid.

The Series As A Whole

Of course, the Indiana Jones movies can be a little cheesy and ridiculous at times, but the story and the characters are great enough to make up for it. The main character is wonderful. The series also has strong and fantastic female leads (Marion, Elsa, and Irina in particular), and a whole host of supporting characters. The music is wonderful, and the films are full of adventure. 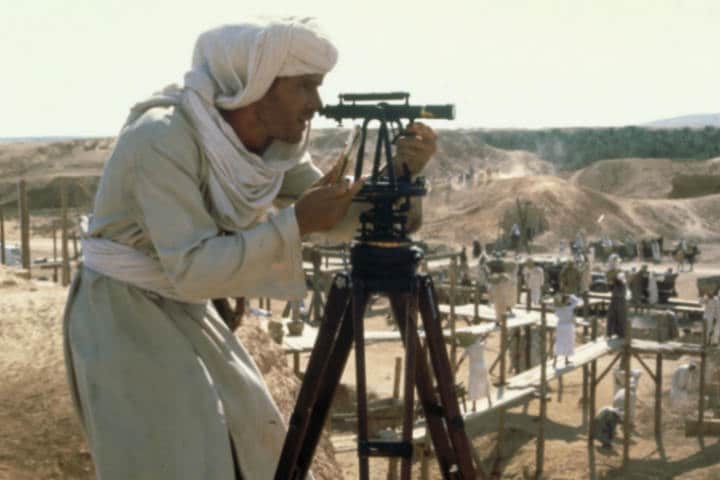 Still, archaeologists love to nitpick at Indy; he does some things that are not up to code today. Although for the time he was okay, archaeologists today frown on temple robbing. Indy also leans on an expensive piece of equipment that is very sensitive and takes a lot of careful work to calibrate. However, if you go up to a group of archaeologists, there is a very strong chance that at least four of them will have the Raiders Theme as their ringtone. I know I do. I even dressed up as Indy for Halloween this year.

If you love adventure, history, magic, adventures set in the 1930’s, this might be a series for you. With a television show, a book series, and a series of graphic novels, there is plenty of Indiana Jones to go around. Even though I can be kind of harsh on Temple of Doom and Crystal Skull, the entire series is one I adore. The adventures of Indiana “Indy” Jones are always exciting, and well worth a watch. Or fifty watches.

Content Note: PG to PG-13 for some risqué humor, scenes of violence, some gore, and language.

Where to Watch: All four films are available to stream on Amazon Prime, Hulu, and Epix. They are also available to rent and/or buy on Amazon Video, VUDU, iTunes, Fandango Now, Google Play, Youtube, and DVD.

Have you seen the Indiana Jones series? What are your thoughts? Which of the four is your favorite?