Thousand Pieces of Gold tells the true story of Lalu Nathoy, a young woman sold into marriage by her impoverished father in late 19th century China. A slave trader, Jim (Dennis Dun) brings Lalu to the U.S. They develop feelings for each other. Although conflicted, Jim fulfills his professional obligation to deliver Lalu to Hong King (Michael Paul Chan), a saloon owner in a rough Idaho mining town.

Refusing to participate in Hong King’s plan to make her into an exotic prostitute, Lalu keeps her dignity about her and wins the adoration of Charlie (Chris Cooper), Hong King’s white, alcoholic partner. Despite the prejudice of the locals, Lalu becomes a cleaning woman and a successful laundress. Though she dreams of marriage to Jim or escape to China, she recognizes Charlie’s admirable qualities after a violent incident that casts him in a different light.

It’s likely that the name Lalu Nathoy means nothing to you. What historians do know about Lalu is subject to much debate. Known as Polly Bemis in the United States, Lalu was a Chinese American Pioneer in Idaho. She was among the first pioneers to settle the Salmon River, also known as The River of No Return. Known as the first Chinese bride of the wild west, historians also labeled Lalu as one of Idaho’s most romantic characters. She did indeed marry Charlie Bemis, fought for residency in the United States, and was an early entrepreneur. There is not much more to Lalu’s story. As a result, Thousand Pieces of Gold feels like it is missing something. 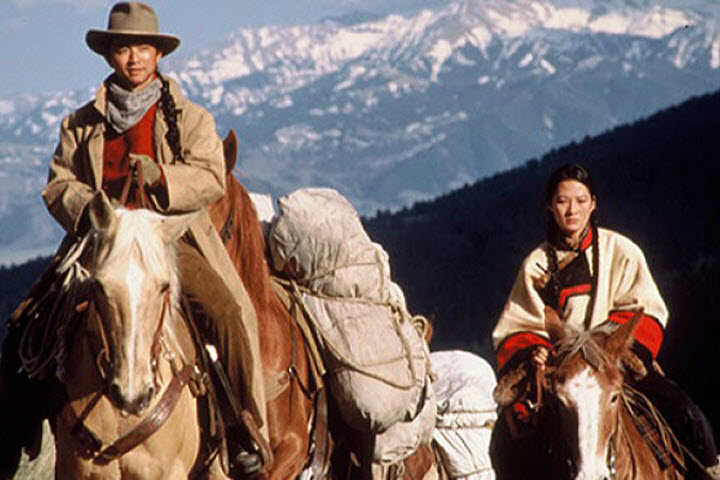 Thousand Pieces of Gold portrays itself as a romantic film of perseverance and discovering love in the most unlikely of places. And yes, I would agree that this film falls within Romanticism. It’s a study of heroic individualism against the backdrop of the American frontier. It’s a Romantic journey of perseverance, a quest for independence and Lalu’s rediscovery of her identity. It is not, however, a romantic film about love.

RELATED Vintage Review: The Last of the Mohicans – A Moving Historical Drama

Lalu suffers greatly at the hands of Hong King. While the film downplays events, it’s clear that Lalu is Hong King’s unwilling mistress. In addition, Charlie’s adoration of Lalu is not so much pure as it is an obsession. His fixation on her is unhealthy.

While I know that Lalu’s experiences were far worse in reality than on screen, the film’s attempt to romanticize this aspect put me off. Resigned acceptance of Hong King’s attention is not consent and the film came too close to justify it as such.

The other romantic love aspect of the film was between Lalu and Jim. It was purer despite the circumstances that brought them together. It was heartbreaking as well. Rosalind Chao and Dennis Dunn were fantastic together as Lalu and Jim. Chris Cooper was equally wonderful as the troubled Charlie. You could see the struggle as Charlie tried to reconcile his motivations with his actions.

I also can’t say enough about Michael Paul Chan as Hong King. I’m a fan of Chan’s and to see him in this type of role threw me. He was perfect in the disgusting, selfish role of Hong King.

Rosalind Chao is magnificent as Lalu. She captures the emotion of every scene brilliantly. You can read her thoughts from the expressions on her face to the flash of her eyes. Her face is a storyboard of emotions. So much so, you can almost read her thoughts. She does not romanticize Lalu’s story.  Instead, Rosalind Chao’s performance is raw; powerfully raw. 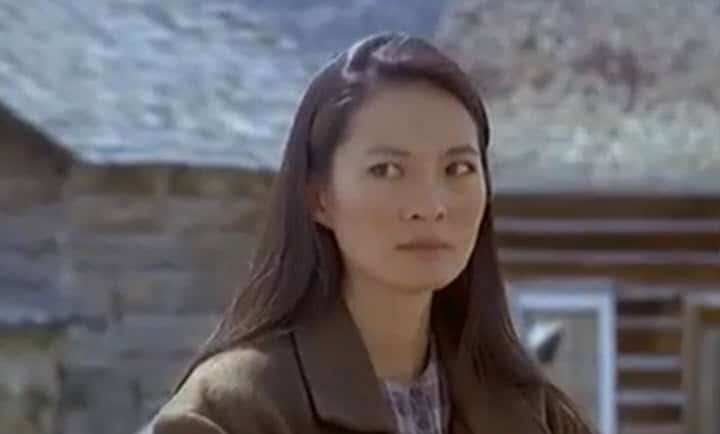 Do not mistake Thousand Pieces of Gold for a romantic story of love. However, it does offer a romantic view of the Wild West. It’s woman against man, nature, and internal conflict. It also portrayed the growing racism against the Chinese and their treatment by early western settlers. Furthermore, it’s worth watching for a glimpse into the experiences of Chinese immigrants who either willingly or unwillingly came to the United States. In this respect, it seems true to the time period.

Where to Watch: You can rent/and or buy Thousand Pieces of Gold

Have you seen Thousand Pieces of Gold? If so, what were your thoughts? Did you walk away with a completely different impression? Let me know in the comments below!

Our romance-themed entertainment site is on a mission to help you find the best period dramas, romance movies, TV shows, and books. Other topics include Jane Austen, Classic Hollywood, TV Couples, Fairy Tales, Romantic Living, Romanticism, and more. We’re damsels not in distress fighting for the all-new optimistic Romantic Revolution. Join us and subscribe. For more information, see our About, Old-Fashioned Romance 101, Modern Romanticism 101, and Romantic Living 101.
Pin this article to read later! And make sure to follow us on Pinterest.
By Catherine on October 20th, 2017