Robin and Marian (1976) Vintage Film Review: What It is to Love a Legend 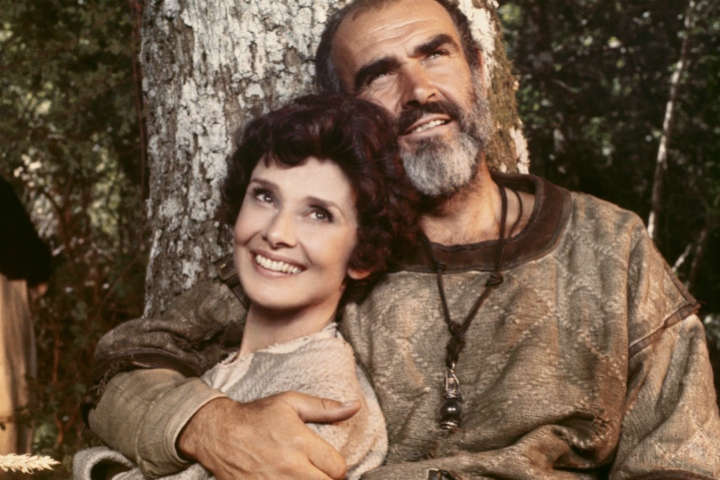 I caught this movie as the late show on television recently and was immediately engrossed and enamored with it. Robin and Marian is a rich, poignant, thought-provoking and, at times, grotesquely farcical examination of hero-making and hero-worship, of aging and the unending ravages of time, of wanderlust and folly, of love, love that weathers a lifetime, and of death.

The original title of the work was The Death of Robin Hood, which sums up rather aptly the direction of this film. Robin returns to Sherwood from the Crusades – war-wearied, weathered, wrinkled – after over two decades have passed. He chose, many moons before, to follow his king, leaving his love Maid Marian behind. This has had and will have consequences.

Robin and Marian has a stellar cast, including headliners Sean Connery, as the not-so-spry Robin Hood, and Audrey Hepburn – lured out of retirement for this role – as Maid Marian. Richard Harris, Denholm Elliot, Robert Shaw, Nicol Williamson, Ian Holm, all make memorable appearances here. Richard Lester directs (from Three Musketeers (1970s) and Superman (1980s) fame). The award-winning playwright and screenwriter James Goldman is responsible for the script, which is full of depth and nuance and symbolism. His playwriting background really shines through here, so the words are dripping in meaning and subtlety and beauty. It is very rich textually and that is always a joy.

Truly, Robin and Marian is an underrated and unfortunately oft-forgotten classic. 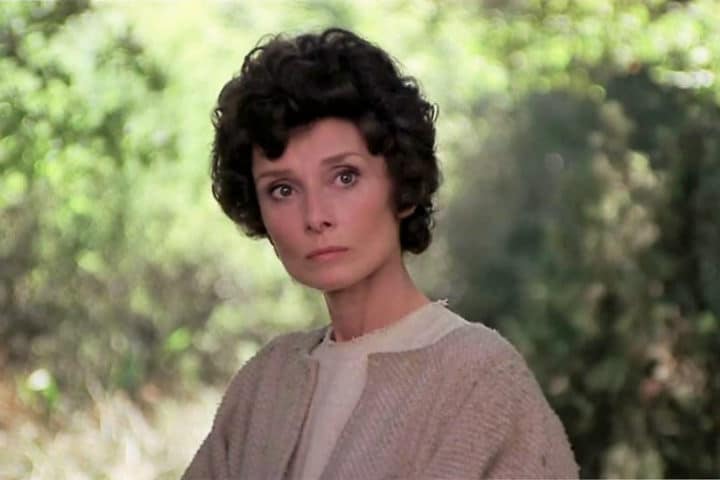 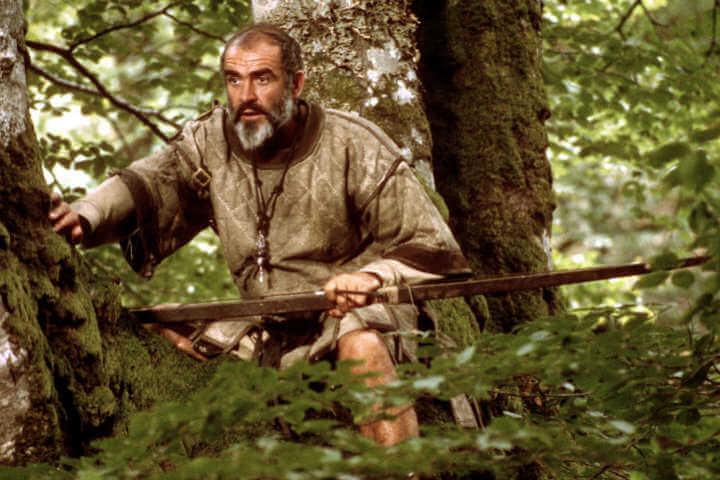 The film opens in France. The Crusades are over, but the mad King Richard (played wonderfully by the always fantastic Richard Harris) still thirsts after blood and treasures and glory. When Robin and Little John (Nicol Williamson) refuse to plunder a stronghold housing helpless women and children and protected by a lone, one-eyed, old man, King Richard sentences them to death. In the ensuing fray, all the innocents are slaughtered, but the one-eyed, old man lands an arrow in King Richard’s neck. Dying, King Richard pardons Robin and Little John. Now free, they decide to head back to their homeland, back to England, back to their old haunts in Sherwood. They have been gone for decades. Much remains the same, and much is changed.

Visiting their overgrown old haunts in Sherwood Forest, Little John and Robin happen upon Friar Tuck (Ronnie Barker) and Will Scarlet (Denholm Elliot). Updates follow, and it is quickly learned that Lady Marian is now an abbess, living the cloistered life of a nun. But the Sheriff of Nottingham (Robert Shaw), on orders from King John (Ian Holm), who has declared that all senior leaders of the Roman Catholic Church are to be expelled from England, is about to arrest Abbess Marian. Upon hearing this, Robin mounts a rescue – just like the good ol’ days.

Abbess Marian does not want nor need rescuing. But old habits and old roles are hard to shed and avoid. The Sheriff bemusedly watches the rescue, which is successful, subsequently arrests the remaining sisters, and awaits Robin’s inevitable attempt at a rescue of the nuns in Nottingham. “Oh, Robin,” this patient and exacting Sheriff of Nottingham sighs at one point, recognizing the weary predictability of this whole cat-and-mouse game. Robert Shaw is wonderful in this role as the Sheriff – dutiful, honorable, chivalric, weary, savvy, understanding Robin Hood and this game better than Robin does himself. There’s a scene with Robin and Little John scaling the castle walls – two men long past their prime – that is so sorrowful, so grotesque, that it borders on farce. It is tragically hilarious. And the Sheriff just shakes his head and sighs.

The reunion of Marian with Robin is initially fraught with accusations and old hurts. Both are scarred, physically and emotionally. When Marian asks him why he went and stayed away so long, Robin’s one-line response is “He was my king.” And when she castigates for never writing, he replies, “I didn’t know how.” So much said with so little. Marian was devastated by his departure, as scars on her wrists attest, and has wrapped her wounds in the robes of her habit. Robin has had other women in the ensuing decades. They are two, scarred, very fallible, old lovers. 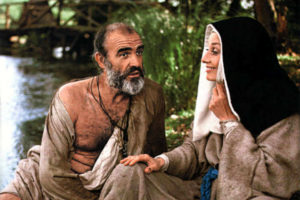 Love that Weathers and Compromises and Concedes and Accepts

Yet, despite the passage of time, the hurts and the scars, the love remains. Marian and Robin love each other deeply. He is incorrigibly boyish, a roguish Peter Pan always looking for the next adventure. “He’s a little bit in love with death,” that wise Sheriff astutely observes at one point. So, to love Robin is to accept this wanderlust, this bloodlust, this unceasing need to flirt with death. He can never settle down. It is not in his nature. Robin will always love the adventure more than anything or anyone else. 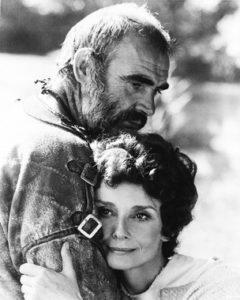 Robin and Marian is such a poignant examination of the nature of love, mature love that weathers and forgives and compromises and concedes and accepts. Accepts another for who and what they are, not expecting nor desiring change. Because Robin cannot change, cannot acknowledge his own mortality and limitations, the ravages of time. He remains, always, the charming, boyish rogue, who needs to taunt, to fight, to flirt with death. The legendary role requires it of him.

So, the legend stands in that field facing off against his old nemesis, the Sheriff, in a final showdown. And all who love Robin know what it will cost him.

Sean Connery and Audrey Hepburn shine brightly in their roles here. Nicol Williamson, Robert Shaw, Richard Harris, indeed the entire cast, are shining brightly in their respective roles. This is a film with a message, allegorical at times, a film exploring deeper, complex, issues – personal and societal. It wants multiple viewings to catch it all. As it is, Robin and Marian has been percolating in my thoughts since first seeing it late that night. It stays with you, exquisitely so.

Seek it out and see it for yourself.

RELATED: Harold and Maude (1971) Vintage Review: Singing Out and Being Free with the Cult Classic

Content Note: Rated PG-13 for very brief backside nudity, some violence (without much gore), innuendos, some sexual references, brief profanity of a blasphemous nature and mature thematic elements. It is pretty mild stuff by today’s standards.

Where to Watch: DVD and Amazon Video

108shares
We use cookies to ensure that we give you the best experience on our website. If you continue to use this site we will assume that you are happy with it.OkNoPrivacy policy