Whenever I’m feeling particularly blue, there is one movie that always puts a smile on my face. This movie is 2000’s Miss Congeniality, starring Sandra Bullock, Michael Caine, and Benjamin Bratt. Miss Congeniality is equal parts humor and heart, with action and romance thrown in there for good measure. 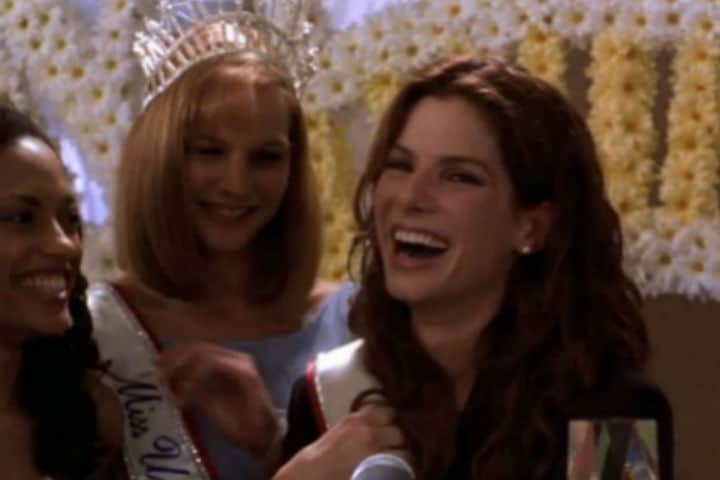 Gracie Hart is a tough-as-nails FBI agent. She is determined to do as much good as she possibly can. Her ability to think outside the box both helps her and causes her no end of problems. When her charge forward attitude gets her in trouble with her superiors, she is put on desk duty.

However, the Miss United States Pageant receives a bomb threat from a man called The Citizen. When Gracie’s friend and fellow agent Eric Matthews is put in charge of the undercover operation to save the pageant and the contestants, Gracie finds herself going undercover as Miss New Jersey. 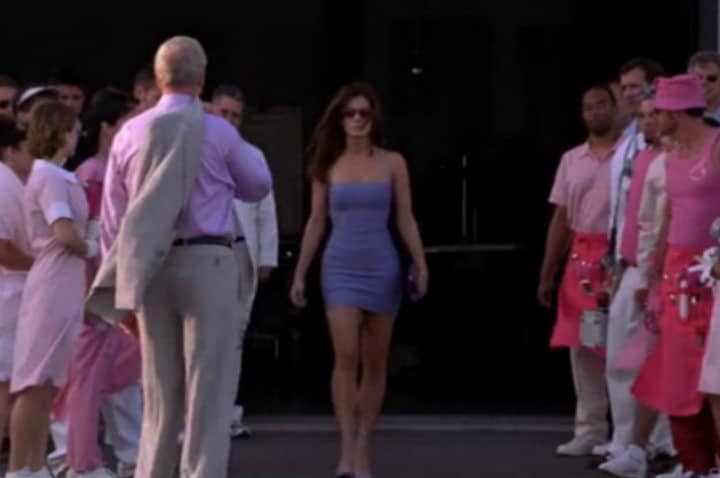 Gracie is thrown into a world that she is totally unprepared for. To help her get into the top ten, the team enlists the help of pageant coach Victor Melling. Victor and his team set out to help Gracie transform into a pageant winner.

RELATED | The Lake House (2006) – Love Defies the Conventions of Time

With a ticking time bomb and a deep hatred for what she thinks beauty pageants stand for, Gracie sets out to protect the contestants. She has with mixed results. While she gets to know the other girls and form real friendships, she and the team are trying to unravel the mystery and catch the bomber before it’s too late. 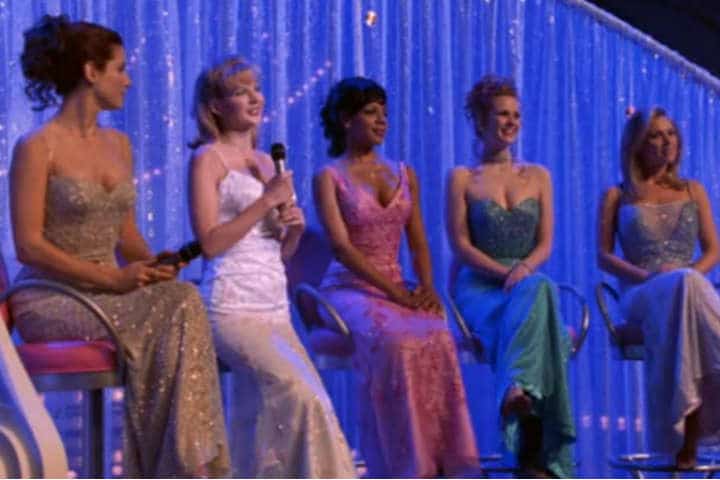 When The Citizen is captured, the FBI decides that there is no longer a threat to the pageant. Despite Gracie’s protests that something else is going on, the FBI leaves. Gracie is on her own, as a regular citizen. With the help of Victor, Eric learns some secrets about the pageant and has to decide if he will go against the rules based on a hunch. From the preliminary events to the action-packed live television broadcast, there is no shortage of action and intrigue in Miss Congeniality.

Sandra Bullock plays the feisty Gracie with determination and heart. Bullock is able to make Gracie stand out as a character. Gracie starts out very rough around the edges, but as the film goes on, she begins to embrace her own femininity. Despite that, she remains, at her core, exactly the same. 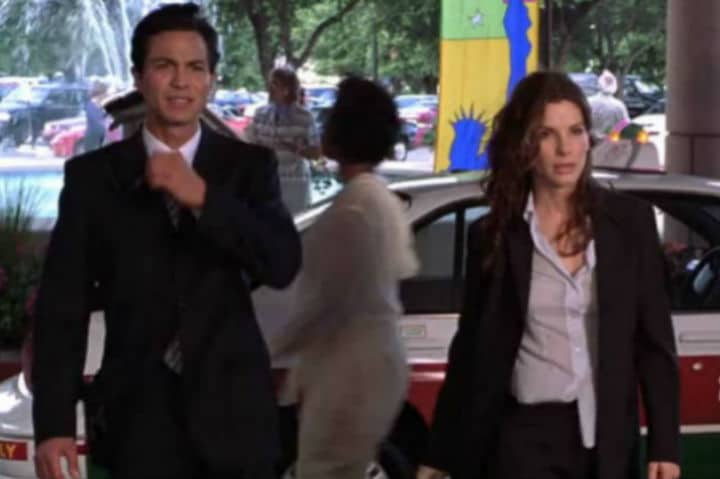 Eric Matthews is played by Benjamin Bratt. Bratt manages to play Eric as a lovable scamp. Yes, he can be a bit of a serial dater, but he’s a good agent and a good friend. Eric is characterized by his close and joking relationship with Gracie, as well as his devotion to the rules. Michael Caine is hilarious as the pageant consultant Victor Melling, while Candice Bergen is able to be a satisfying villain without being too over the top. William Shatner, Heather Burns, and the rest of the supporting cast are able to show the right level of emotion. As the audience, we see that they are more than what Gracie originally thought.

I might always say this, but I love stories where the two people who fall in love start out as friends. Gracie and Eric are friends throughout the entire film. In the beginning of the movie, he goes to comfort her after the first operation goes badly. He asks for her advice, and she tries to help him in the case when she can. The two of them have solid chemistry and it was fun to watch them realize it.

The first time I watched Miss Congeniality, I thought that Eric only started to fall for Gracie when he saw her transformation. After watching it a few times, I decided that the sparks were there all along. It just takes them a while to figure it out. The romance is not a major part of the plot, but before Gracie and Eric can get together, she learns that it’s okay to be a lady, and he learns that it’s okay to throw the rules out the window.

There are some heavy moments, like when Cheryl tells Gracie that her professor attacked her. This inspires Gracie to begin to teach the other girls self-defense and inspires her talent in the competition. The movie reminds us that there are ways for women to defend ourselves against attack and that you can be deadly while still looking and acting like a lady. Or not; that’s fine too. The point is, there are ways to defend yourself. 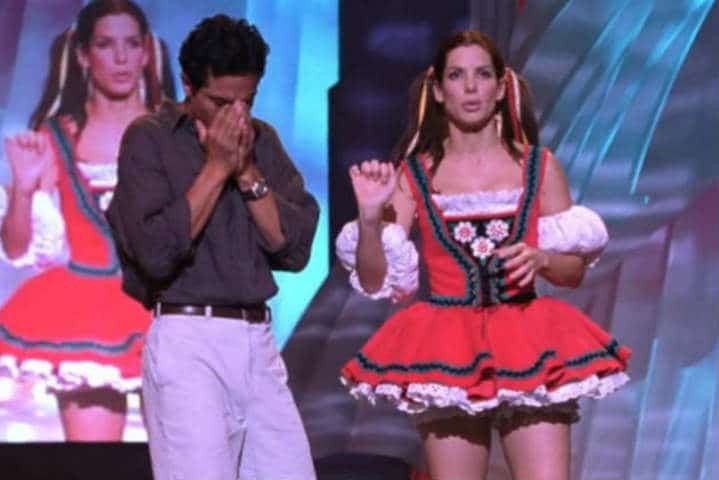 One thing that I love about this movie is the fact that it shows that there are a variety of ways for women to be strong. Gracie is a strong, independent woman, but so are all of the women in the pageant.  Originally, Gracie has a very negative view of pageants and those who compete in them, thinking them to be an outdated and anti-feminist practice. As she spends time with the other girls, she learns that there is a different kind of strength and that this doesn’t always look the same. 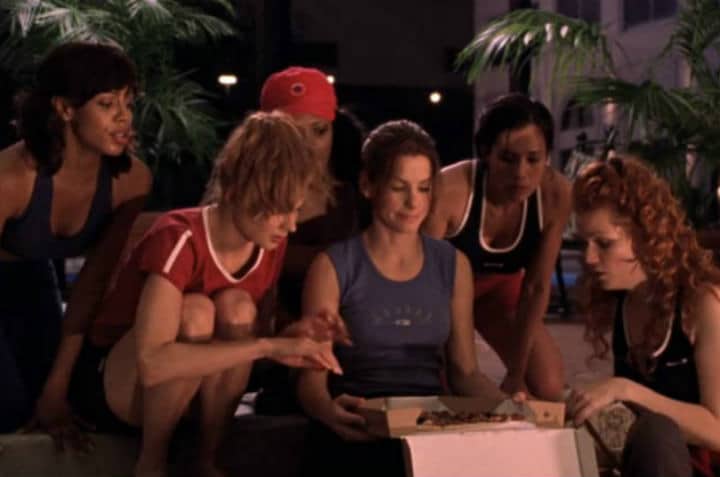 Gracie works to save her new friends; they help her when she needs it. As an FBI agent, Gracie has a skill set different than the women who actually won their way to the Miss United States Pageant, but the movie doesn’t try to tell us that one set of skills is better than the other.

RELATED | Guest Review: While You Were Sleeping – A Rom-Com Christmas Classic

In addition, each of the girls has a different talent. Some sing, some dance, and one of the girls made balloon animals. Each talent was enough to get the girl to a national competition. While it’s always important to put your best face forward, everyone has different skills, and that’s okay. It’s what makes the world go round. Miss Congeniality is a wonderful movie that both celebrates the power of being yourself and makes you laugh. I think that’s a wonderful combination.

Content Note: PG-13 for some risqué humor, some scenes of violence, and language.

Where to Watch: Miss Congeniality is available to watch on Amazon Video, Netflix US, Vudu, and iTunes. It is also available on DVD.

You can buy or rent on Amazon.

Have you seen Miss Congeniality? What are your thoughts on this film?

Our romance-themed entertainment site is on a mission to help you find the best period dramas, romance movies, TV shows, and books. Other topics include Jane Austen, Classic Hollywood, TV Couples, Fairy Tales, Romantic Living, Romanticism, and more. We’re damsels not in distress fighting for the all-new optimistic Romantic Revolution. Join us and subscribe. For more information, see our About, Old-Fashioned Romance 101, Modern Romanticism 101, and Romantic Living 101.
Pin this article to read later! And make sure to follow us on Pinterest.
By Bailey Cavender on October 16th, 2017