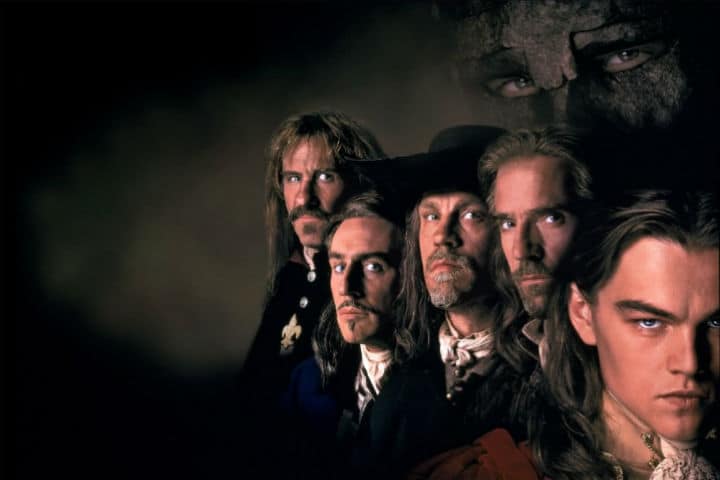 The Man in the Iron Mask Review

After the success of Titanic, Hollywood was on tenterhooks waiting for the announcement of which role Leonardo DiCaprio would accept as his follow up to Jack Dawson. Of course, he chose The Man in the Iron Mask, based on the famous novel by Alexander Dumas.

I was firmly on Team DiCaprio after sobbing my way through his previous hit, so my girlfriends and I went to see The Man in the Iron Mask in the theatre.

I love a good Musketeer story and functioning as an action adventure, this film holds up fairly well.

For The Honor Of A King 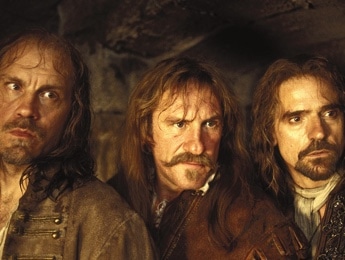 The Man in the Iron Mask tells the story of the trio we know and love – Athos (John Malkovich), Porthos (Gérard Depardieu), Aramis (Jeremy Irons) and d’Artagnan (Gabriel Byrne) – but as older musketeers. Besides d’Artagnan, who remains in the service of the king, the Musketeers have all retired. Athos has raised his son and takes pride in his accomplishments, Aramis has his faith and Porthos… well… he loves the ladies. Thus far, the bastions are familiar.

Unfortunately, the current regent, King Louis XIV (Leonardo DiCaprio), is a cruel, callous, vain ruler. He cares little for the people of his country and has his advisers cowering in fear of his changeable mood. When France, on the brink of starvation, finds its people rallying toward a rebellion, Louis calls upon his (retired) musketeers to subdue the masses.

Once I, once all of us, believed in serving something greater than ourselves. Aramis had his faith, Porthos his lust for life, D’Artagnan his devotion and I had Raoul. But we all had a common dream. That one day we would finally be able to serve a king who was worthy of the throne.

Despite d’Artagnan’s counsel against such an action, Louis also set’s his sights on seducing Christine (Judith Godrèche), a beautiful woman betrothed to Raoul (Peter Sarsgaard) – Athos’ son. Tensions escalate between the old comrades as Athos berates d’Artagnan for his unfailing loyalty.

Unfortunately, while d’Artagnan understands and even agrees with the sentiment about Louis, he has secrets of his own to protect. With France on the brink of a civil war, the Musketeers are also plagued with infighting and doubt.

RELATED: Television Review: The Musketeers – A Fresh Take On A Beloved Classic 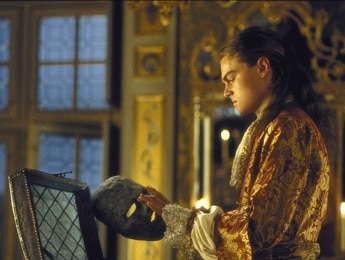 Examining his conscience, Aramis plots to replace Louis – with his twin. Stolen at birth, Phillippe is Louis’s identical twin. Fearing that there would be unrest due to a dual claim to the throne, Queen Anne (Anne Parillaud) is told Phillippe had died, while Louis remained as sole heir to the throne. Imprisoned for 6 years, Phillippe has no idea of his true lineage. Aramis sets about convincing his fellow musketeers that treason is the only way to save France from its tyrannical ruler. Will d’Artagnan join his comrades? Or will his loyalty to the crown put him on opposite ends of the war?

The Destiny Of A Country 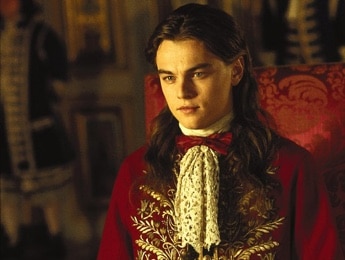 The Man in the Iron Mask is a peculiar film. I feel like there are components to the story that shows great potential. It promises to be a swashbuckling adventure but struggles to decide whether to tip its hat in favour of the more comedic elements, or whether to take itself more seriously. I fear the former might have worked in the film’s stead. Unfortunately, when the various cinematic elements combine, they leave a lot to be desired.

D’Artagnan, I have never known a finer man than you nor cared more for a friend, but if this king harms my son merely to take a lover, then this king will become my enemy. And so will any man who stands between that enemy and me.

From a casting perspective, the film cannot be faulted. Leonardo DiCaprio was most likely a coup to sign on and he is in very good company. While The Man in the Iron Mask was no doubt a vehicle to further DiCaprio’s aspirations, the older musketeers in the form of Malkovich, Depardieu, Irons and most especially Gabriel Byrne, easily run away with their scenes. The struggles of the older musketeers are also more interesting and it’s a shame the film didn’t spend more time with them, instead of focusing on some of Louis’s extracurricular activities. 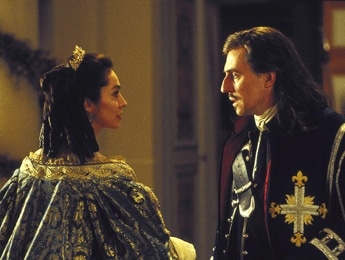 John Malkovich and Gabriel Byrne are easily the two most impressive performances in the film. As Athos, Malkovich must convey a father’s grief and rage at losing a son who had so much promise. Byrne, in turn, has his own secrets and cannot fully explain his enduring loyalty to an unworthy king. This dichotomy sets the best friends at odds with each other as Athos seeks vengeance while d’Artagnan tries to navigate the untenable situation. Further complicating matters, is d’Artagnan’s feelings for the Queen – one of the aspects of the film that really works. The romance is delicately handled and I enjoyed the desperate chemistry between Byrne and Parillaud. 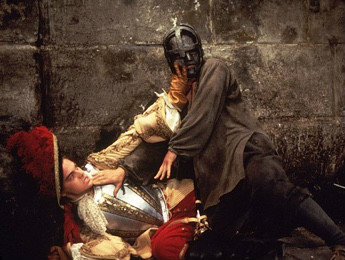 An aspect of the film that is puzzling, however, is the accents of the lead characters. Set in France during the 1600’s, the lead actors, including DiCaprio as the King of France, has either American or British accents. There are a few French accents, but these are mainly from the supporting cast. While this was not an unusual filmmaking choice in the 90’s (Ever After is another such example), almost two decades later, this would be a huge issue in modern films. It’s quite jarring to listen to DiCaprio issue orders with his American accent punctuated with its telltale rolling r’s.

I must compliment Leonardo DiCaprio however, for playing two roles in this film. He shoulders the responsibility of showcasing Louis’s cruelty and juxtaposing it with Phillippe’s bewilderment. I personally love when Leo get’s teary-eyed. The Man in the Iron Mask offers him plenty of opportunities to do just that. 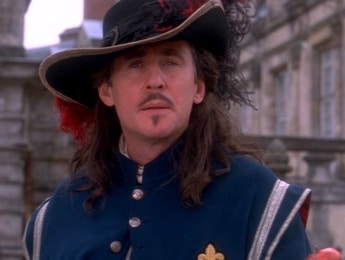 Content Note: The Man in the Iron Mask is rated PG-13 for some sequences of violence, sensuality or nudity.

Where to Watch: Man in the Iron Mask is available for sale or streaming on Amazon.

Have you watched The Man in the Iron Mask? What did you think? Comment below and let me know!