This little gem of a film has flown under the radar for far too long. Dan in Real Life is a deliciously sentimental, tender and funny romantic dramedy with a great ensemble cast, which includes: Steve Carell, Juliette Binoche, John Mahoney, Dianne Wiest, Dane Cook, Emily Blunt, Allison Pill and on it goes. 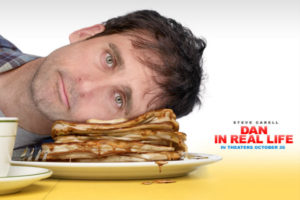 The story follows one rather emotional and chaotic long weekend in the life of the otherwise dependable and stable widower and father-of-three Dan Burns (Steve Carell) when an encounter with a very special woman throws his life into turmoil.

The story follows one rather emotional and chaotic long weekend in the life of the otherwise dependable and stable widower and father-of-three Dan Burns (Steve Carell) when an encounter with a very special woman throws his life into turmoil.

Dan Burns (Carrell) is a hardworking, stable, solid good guy, raising three young women on his own. His wife is dead, he writes advice columns on parenting in the local paper, and his two eldest teenage daughters are pushing the boundaries. One day, all four of them pack up the station wagon to head to the big annual family weekend at Dan’s parents’ place, where Dan’s siblings and their respective spouses and kids are all congregating. It is family chaos in all its messy, lovable glory. Dan is given the makeshift bedroom in the laundry room, since the youngest brother, Mitch (Dane Cook), is expecting the arrival of his new girlfriend the following day. She will get the good bedroom. 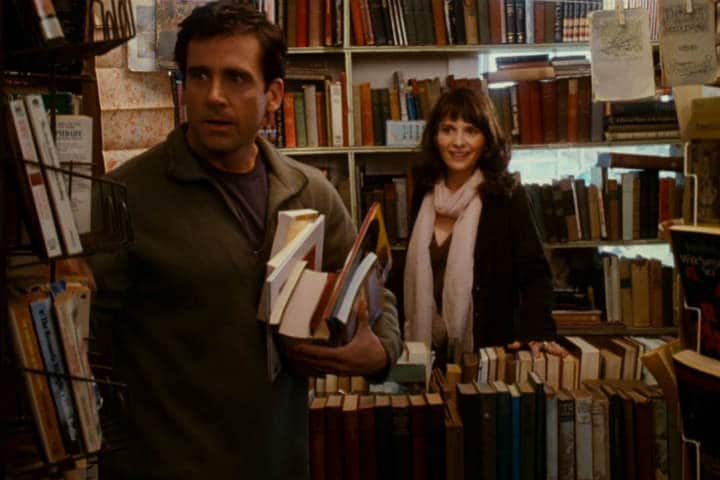 Heading into town the following morning to pick up the paper at a local book store, Dan bumps into a woman looking for a book. Her name is Marie (Juliette Binoche) and they hit it off from the get-go. It is an instant, inexplicable connection. They end up sharing a muffin and drinking tea together and just talking and laughing. But a phone call whisks her away, and she explains in parting that she’s in a new relationship and therefore not really available, although she does give Dan her number. Dan is elated.

But, yup, you’re guessing it. Upon arrival back at the house, grinning about this encounter, and even briefly telling his brothers about this woman in the bookstore that he just met, Dan’s jaw drops when in walks Marie. Yessiree, she is Dan’s little brother’s girlfriend. Let the emotional hijinks and turmoil begin.

Dan is surprised and jealous and hurt and frustrated, trying to control these strong emotions that are overwhelming him. Snarky comments, double entendres, whispered asides ensue.

Everyone loves Marie. Dan’s going crazy, his daughters hate him, he’s had his second traffic violation in two days, his brother is confiding in him about his love for Marie, and he’s sleeping in the laundry room with the thumping dryer. His daughters tell him to quit flirting with Marie. His parents set him up on a date with Ruthie “Pigface” Draper (Emily Blunt), who has lost the pig nose and is now a major hottie. Mitch and Marie are along on the date, and Ruthie’s open flirting with Dan gets Marie’s hackles up.

Both Marie and Dan are trying to deny the connection between them while feeling its undeniable pull. This struggle is what makes this film so very watchable and endearing. Can they deny it forever, let it go? Or do they act upon it, whatever the consequences? See it!

There is something of an old-school Hollywood feel to Dan in Real Life. There is some great bantering, and there are many zany situations. Steve Carell does a wonderful job of playing this stable man, this good guy, this advice columnist, who’s just losing it. He’s sweet and funny and desperate. And Juliette Binoche is as beautiful and as talented as ever here. It’s a lovely, lovely film about family and love and soulmates and connections and great upheavals in life, which just might be for the best.

Where to Watch: Buy Dan in Real Life on DVD or Amazon Video

Our romance-themed entertainment site is on a mission to help you find the best period dramas, romance movies, TV shows, and books. Other topics include Jane Austen, Classic Hollywood, TV Couples, Fairy Tales, Romantic Living, Romanticism, and more. We’re damsels not in distress fighting for the all-new optimistic Romantic Revolution. Join us and subscribe. For more information, see our About, Old-Fashioned Romance 101, Modern Romanticism 101, and Romantic Living 101.
Pin this article to read later! And make sure to follow us on Pinterest.
By Jessica Jørgensen on October 4th, 2017