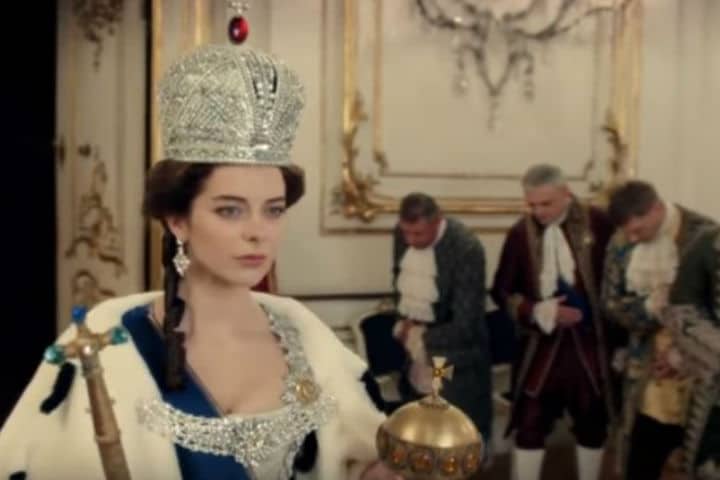 History is rich with people whose lives contain enough drama and significant events to still fascinate today. In recent years,  TV & Film focused particularly on female rulers who acted as heads of state in times where women were considered inferior and subservient to men. 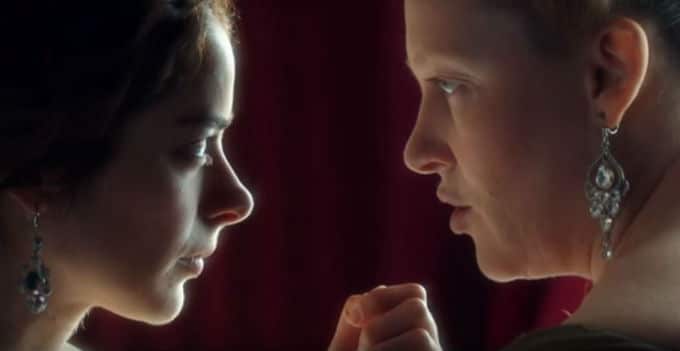 These women proved the lie of such notions by being crafty, intelligent and strong leaders. Catherine the Great of Russia is one such woman who stands out in history.  Several films and television series featured her rise to power and her subsequent reign during a period when Russia was a powerful player in international affairs. However, Ekaterina is one of the few if not only onscreen productions that are not only filmed in Russia but produced exclusively by Russians for Russian television.

Catherine is a German-born princess whose parents have little financial means but important connections. She is chosen as a potential bride for the Grand Duke of Russia as a pawn in a game of international intrigue. She is naïve enough to believe that she and Peter can develop a marriage based on love and respect. But Peter, whose life has been controlled by his aunt, the Empress Elizabeth, refuses her overtures as a means of rebellion against the arranged marriage.

From her arrival at the Russian court of St. Petersburg, Catherine’s life is manipulated and controlled by those with greater power and influence. She learns to keep her mouth shut and her ears open as she maneuvers through the treacherous waters of the royal court. 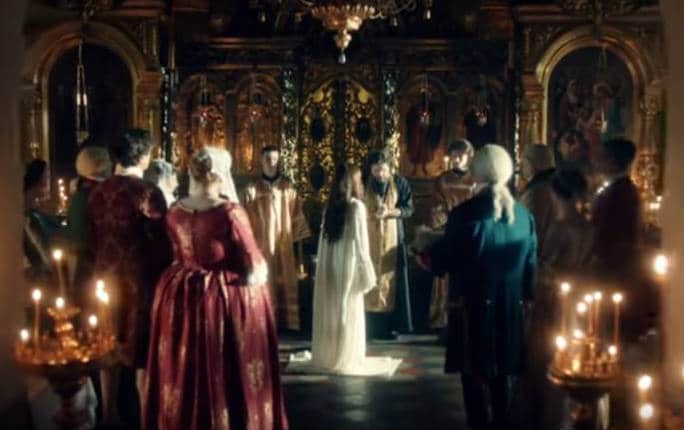 RELATED POST: 50 Russian Films -A List of Some of the Best-Loved Comedies and Love Stories from Russia

Over the course of fifteen years, and through her many losses, Ekaterina has her innocence and illusion shattered while she learns the art of diplomacy and the cost of being the wife to the heir apparent of the Russian throne.

A Trifecta of Characters 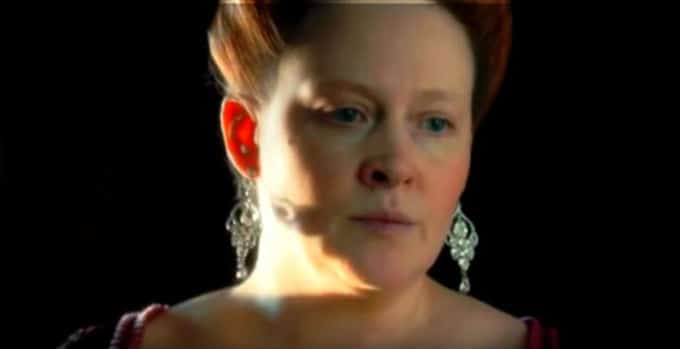 Though this series is titled for Ekaterina, she is not the sole character focus of the first season. She shares the storyline with her husband Peter and Empress Elizabeth.

In actuality, Elizabeth is the most intriguing character portrayed. A daughter and the only surviving child of Peter the Great, she was the first female ruler of Russia. Elizabeth rules with an iron fist mingled with small doses of compassion. She is an astute empress who well understands Russia’s influence in the world, while also seeking to expand it.

The actress who plays Elizabeth won the Russian version of an Emmy for her portrayal and it is well deserved. She imbues Elizabeth with a strong physical presence while also displaying her nuances. Elizabeth desired to carry on the legacy of her father. Though she was never trained to succeed him, she displays a remarkable aptitude for leadership. Her court is one marked with extravagance and grandeur. But the court is also full of deception, fear and intrigue where spies navigate through hidden passages behind the walls and anyone can be an informant. Though she can be harsh, she also breaks with traditional punishment by refusing to kill any detractors or opponents. 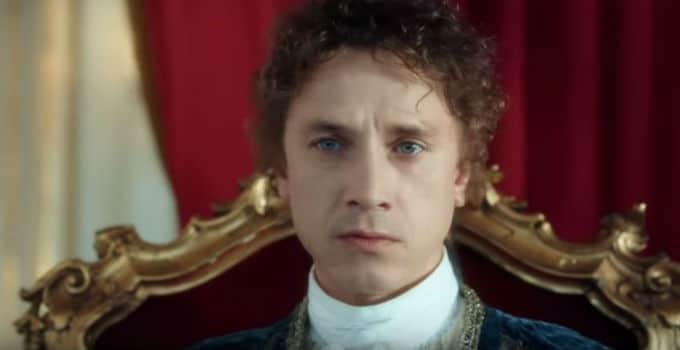 Ekaterina’s version of Elizabeth really is magnificent. This produces a strong contrast between herself and her chosen successor and nephew Peter.

Once again, as I did when watching The Young Catherine, I found Peter to be a sad yet fascinating character. While history has alternately labeled him insane, mean, degraded and other less desirable traits, this version of the much-maligned man is both pathetic and sympathetic. Here is a man who is plucked from a home and a life he loved in Prussia to become the heir to Russia’s throne. Like Catherine, his life is decided for him and he has no say in any important matters concerning himself.

Peter is not only not fit for ruling, but he is extremely untrained and unprepared. His only outlets are his fascination with the military and his artistic tendencies. Even though he is petulant and immature, he engenders compassion. His life is the tragedy of being very much a square peg in a round hole. Still, when he finally succeeds Elizabeth, he displays a desire for reform. He cries that he wishes to be known as a merciful ruler. Unfortunately, his devotion to the German emperor leads him to withdraw Russian troops from a war they are winning. This magnifies his lack of popularity with both Russian citizens and the military he so wishes to emulate. Eventually, it also leads to his removal from power.

Though this series is named for Catherine, she is the least developed of the characters. Compared to other onscreen portrayals of this Russian empress, we do get a more in-depth view of her life leading up to her ascension to the throne. In all the time which passes, we see her interactions with other characters and her reactions to her circumstances. Yet, we never really get a glimpse as to what she thinks or how she grows into her role as Catherine the Great.

RELATED POST: Young Catherine (1991) -An Imperfect but Gorgeous Look at the Life of Catherine the Great

Ekaterina gives attention to her personal life, but very little to her political life. For a woman who survives for years in a treacherous position with few obvious allies and no leadership training, how does she manage to become a woman revered by history? This is not a complaint about the actress’ portrayal but perhaps one with the script. In reality, there would have been a lot of behind the scenes maneuvering in order to produce the alliances she needed to overthrow her husband and become Empress. But aside from Catherine’s relationship with Grigory Orlov and his military connections, there is little to explain her rise to power.

One of the more fascinating aspects of Ekaterina is the political intrigues of the Russian court and the international community of Europe. With occasional narration explaining historical events of the time, the viewer gets a better understanding of where Russia fits and the amount of influence it wields in the world during the 1700’s.  Also, intriguing are the machinations happening closer to home with Russia’s influential power players.

If the historical details and personal characterizations do not interest you, there is still much to love about this series. I was under the mistaken impression that a Russian production might lack in quality. Ekaterina proved me wrong. 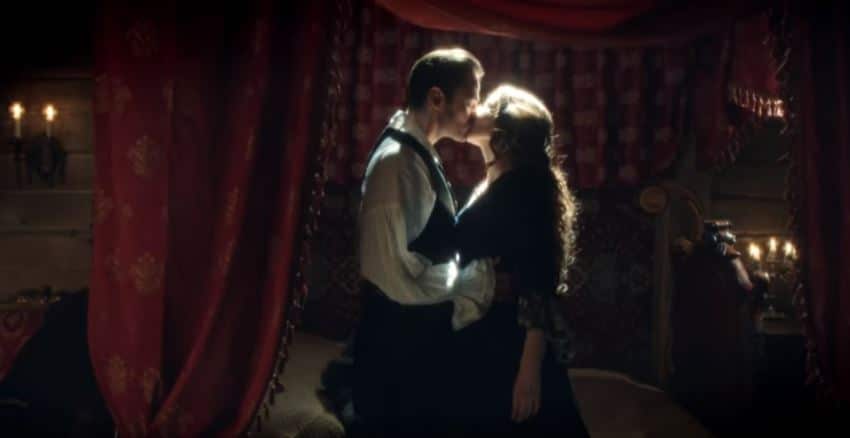 From the lavish interiors to the gorgeous costumes, to the beautiful and creative use of light, Ekaterina is unmatched in its’ production values. The excellent cinematography transports viewers directly to Imperial Russia. It is a rich and sumptuous viewing experience which is a rare treat. To the smallest detail, nothing gets overlooked. The jewelry is stunning. Even the translation of the Russian dialogue to English subtitles leaves no room for complaint.

Of particular pleasure to me is the use of lighting in Ekaterina. The natural light streaming through the palace windows almost allows you to feel the cold of a Russian winter. The evening candlelight enhances the gilded interiors and rich colors of the clothing worn by the privileged. The visuals are so crisp and clear as to engage all the senses of those watching. In short, I have rarely encountered such a sensually immersive production.

Ekaterina combines the elements of history, intrigue, characterization and stunning visuals into a beautiful presentation of important historical figures. Regardless of your usual viewing preferences, there is something in this series to please just about anyone. It may even pique your interest enough to find out more about this time period and these people. In my opinion, it currently holds first place as the best production so far about Catherine the Great.

How to Watch: Ekaterina is currently available on Amazon Prime. According to IMDB.com, twenty-four episodes over two seasons have been filmed. However, Amazon is currently only airing ten episodes of the first season. These episodes follow Catherine up until her ascension to the throne. Each episode runs between 40-60 minutes. Hopefully, the remaining episodes will be made available to Amazon viewers. Episodes appear to also be available on Youtube, but I cannot vouch for the quality of the video or the subtitles.

Buy or stream on Amazon.

Content Note: This is a fairly clean series. Physical violence due to war and torture are occasionally shown or hinted at off screen. There are numerous affairs which occur, but physical intimacy is more implied than shown.