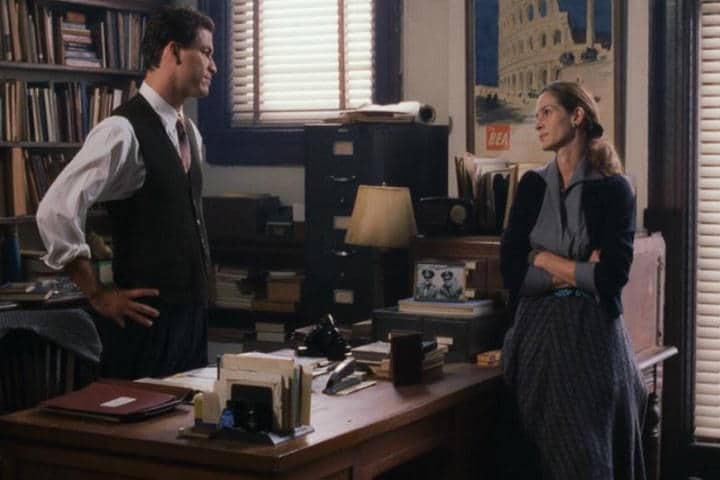 Mona Lisa Smile is a positive, thoughtful film about the importance of education and a woman’s right to choose her own future. It is an intelligent historical drama that tells a familiar story in a new and inspiring way.

Katherine Watson accepts a post teaching Art History at the very conservative Wellesley Women’s College. Appalled to find that even her most gifted pupil believes she is only biding time until marriage, Miss Watson sets out to challenge tradition and open up a new way of thinking for her students.

The film’s main strength is its cast. Julia Roberts, Maggie Gyllenhaal, Julia Stiles, Kirsten Dunst, Dominic West, Juliet Stevenson and Ginnifer Goodwin all share the screen along with many other familiar faces. Everyone is superb with special commendation to Maggie Gyllenhaal, Julia Roberts and Kirsten Dunst who all give particularly powerful performances. Marcia Gay Harden is also excellent as a tragic yet ridiculous example of where relying on societal expectations can land you. 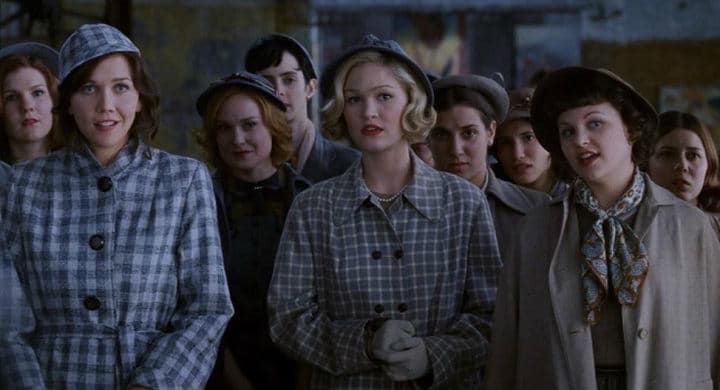 The film is shot beautifully with great attention to detail. The costumes, sets, and props are well chosen, really putting you in the period. Portions of the film were even filmed at the real Wellesley. 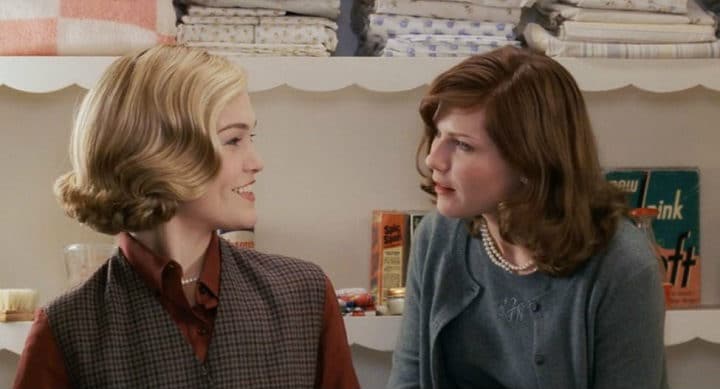 Mona Lisa Smile can be quite moving at times. There are some powerful moments in the film. For example, when Katherine gives a brutal, honest speech about how future generations will see them.  Also, a particularly well-handled, emotional scene takes place between Betty (Kirsten Dunst) and Giselle (Maggie Gyllenhaal) that ends in a surprising and poignant way. The ending sequence is also quite emotional. You will likely leave this film with a big smile and perhaps even a few tears.

There are several romances in the film. Katherine herself has two, though given the nature of the character; they take a backseat to her vocation. A sweet love story also develops between the good-natured Connie (Ginnifer Goodwin) and the equally adorable Tommy. 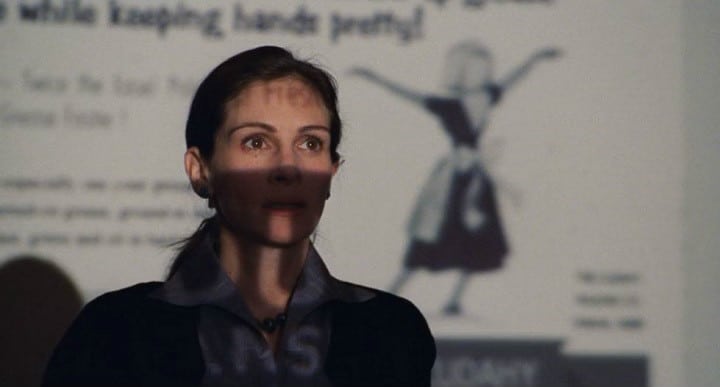 Mona Lisa Smile is an intelligent film that does not talk down to its audience. The film talks about feminism and the importance of women’s choices, even if that choice is to conform to rather than subvert societal expectations. The film also asserts the value of women’s education and her right to use that education after graduation.

In conclusion, Mona Lisa Smile is a powerful and intelligent film with a good message. If you enjoyed Dead Poet’s Society then you will like this film. I recommend it.

Content Note: Mona Lisa Smile is rated PG-13 for very mild sexuality. Nothing explicit. I think the rating is actually rather harsh.

Where To Watch: Netflix UK, Netflix US, Amazon Video and DVD.