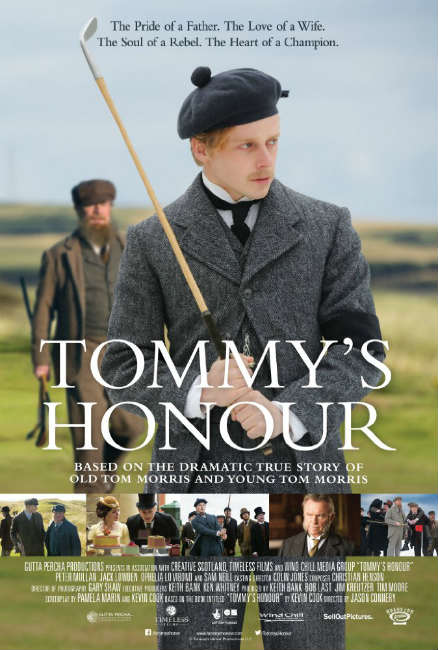 History is a treasure trove full of inspirational stories of real life people and I love seeing these stories brought to wider attention on the screen.

Tommy’ s Honour is the tale of the father and son who are considered the founders of modern golf and is based on a book by Kevin Cook. Old Tom Morris’ is a champion golfer whose glory days are passing but he’s still well respected as the greens keeper and professional at St. Andrews. He and his son Tommy Jr. act as caddies to the local gentlemen golfers of the St. Andrews club while also running their shop selling golf equipment.

As a teenager, Tommy soon begins to surpass his father’s fame with his own advanced skills earning him respect. This leads to Tommy being chosen in place of his father in challenger games. These games are set up by the titled and wealthy who put up the money to stake the game, betting their choice of a player against a challenger from another course. The winner receives whatever profits the organizers decide to share with him.

Of course, Tommy wins many of these matches and then begins winning professional golf tournaments. But Tommy’s modern ideas both in how to play the game and also his belief in his own equality with the upper class who sponsor him, clash with his father’s more traditional views. And when he falls in love with an older woman with a tainted past, he alienates his mother. 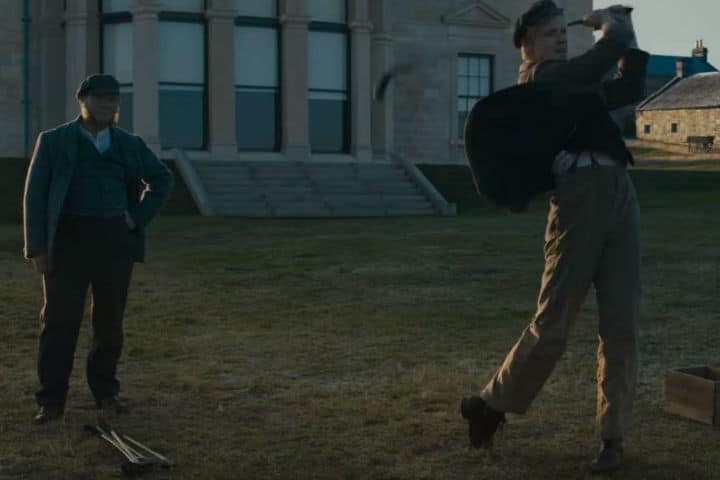 As a love story between the Morris men and golf, I do feel that it falters a bit. Although there are glimpses of their contributions to the modernization and popularization of the sport, there is so much left out that unless the viewer does their own research they won’t understand the tremendous impact these men had on the game.

Old Tom and Tommy were not just champion golfers, but innovators of the sport. Old Tom won his share of golf matches and tournaments as well as setting his own records. He also designed numerous courses and helped start the Open Championship which is the oldest of four major professional golf tournaments. He served as a golf instructor, produced golf equipment, introduced new practices in greens keeping and many other things too numerous to list for this article.

Tommy won his first Open Championship at the age of seventeen and then won three more in concession, a feat unmatched to this day. He also stood up to the organizers of his matches, insisting on receiving money before the game was played instead of waiting to receive whatever winnings they deemed he deserved after the match was played. His style of playing was creative in many ways which would be hard to describe to those who are not golfers (myself included). However, very few of the contributions the Morris’ men made were highlighted in the film. 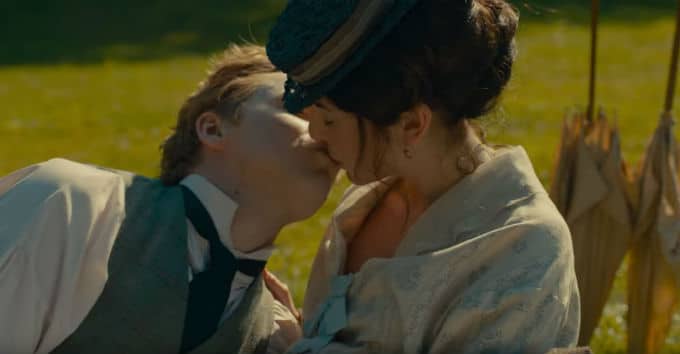 Meanwhile, the love story between Tommy and his wife Margaret “Meg,” in Tommy’s Honour is a beautiful one. In spite of Meg being of a lower class, having a questionable past and being ten years older than him, nothing causes Tommy to falter in his regard for her. It is love at first sight and forever ever after. His tenderness and affection for Meg is one of the highlights of the film.

But the more fascinating story in Tommy’s Honour is that between father and son. It is clear that there is a deep love and respect between them. But the conflicts between the two add tension to their relationship. Old Tom is progressive in his views on the game, but less so in his views of class. There is an order which is maintained between the wealthy club members and those who they pay wages to or sponsor in matches. Old Tom is aware and content with this system. However, Tommy is not. In fact, he constantly challenges the status quo and demands the respect he believes he deserves. This does drive a wedge between the two, but it doesn’t sever their relationship. 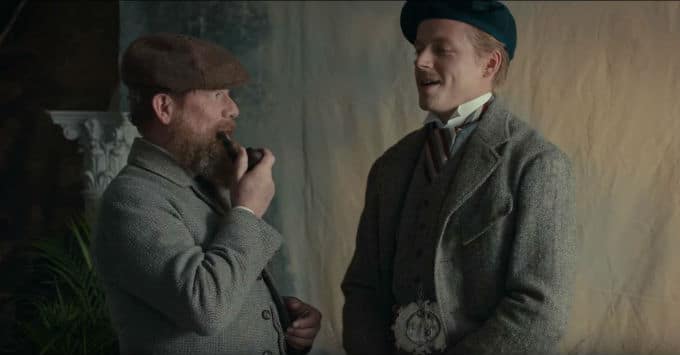 I love how proud Old Tom is of his son who has clearly surpassed him in skill. And Tommy’s respect for his father despite their disagreements is a rare and thoughtful thing. Towards the end of the film, Old Tom makes a decision which unintentionally changes Tommy’s future. Tommy is left devastated, but in his suffering, he tells his father he forgives him. It is a wrenching, emotionally devastating yet healing scene which left me in tears at the bond between these two.

Tommy’s Honour was filmed exclusively in Scotland and for this reason, the cinematography is absolutely stunning. It was a labor of love for director Jason Connery who felt a personal connection to the story since he spent much time on the golf course with his own father actor Sean Connery. It is clear he was passionate about introducing this story of golf’s legends to a wider audience which he has managed to do. 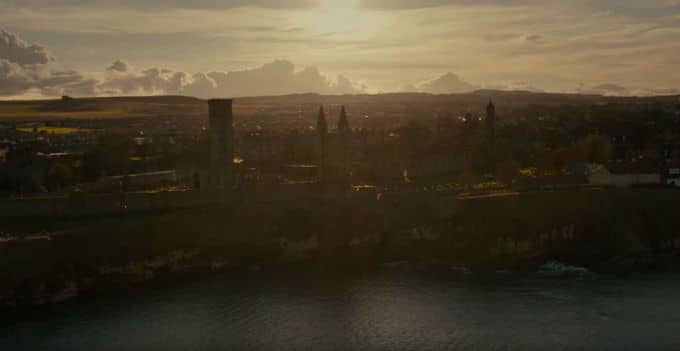 The two main actors Peter Mullan and Jack Lowden who play Old Tom and Tommy both give stunning performances. Lowden (who also starred in the television miniseries War and Peace) portrays the growth and maturity of Tommy from a young, outgoing, cheerful, sometimes reckless youth to a man with convictions, strength, and understanding for his parents’ weaknesses. His role is an emotionally expressive one and he takes the viewer from laughter to tears with equal skill.  Mullan’s characterization is much more subtle. Old Tom is not nearly as emotive. Still, he manages to convey his emotions including his pride in his son through his expressive eyes and subtle body language.

Overall, I enjoyed Tommy’s Honour. Although it does move at a slower pace and lacked a cohesive story line, the acting, cinematography, and the father-son story more than made up for it.

If you are a fan of golf you will probably appreciate this film. But you may be disappointed that there is not more focus on the game and the Morris’ history with it. However, you do not have to be a golf fan to appreciate the beautiful relationships that make up the heart of this film. And the stunning visuals of Scotland will make any viewer long to book a ticket right away to this country of natural beauty. But more than anything Tommy’s Honour should inspire you to value even more your own relationships with those you love.

Content Note: This film is rated PG. There is a scene where Tommy and his friends visit a house of prostitution, but nothing is shown. There are also several scenes of drinking and drunkenness but for the most part, everything is fairly sanitized.

Where to Watch: Tommy’s Honour is available on several streaming sites including iTunes and Amazon. It can also be purchased on DVD.

8shares
We use cookies to ensure that we give you the best experience on our website. If you continue to use this site we will assume that you are happy with it.OkNoPrivacy policy