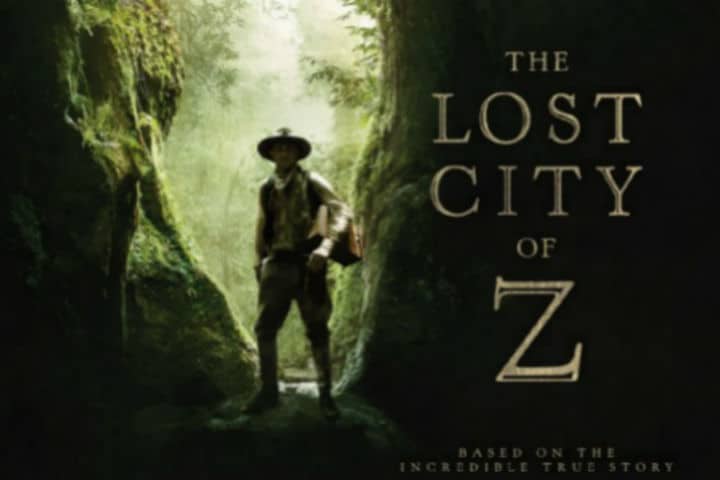 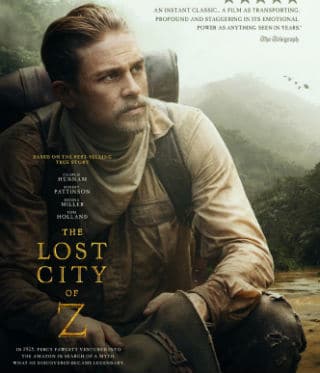 I have always been fascinated by stories of exploration, particularly action/adventure stories. When there is an action/adventure film made with beautiful music and sets that are based on a true story, I tend to enjoy that movie, and The Lost City of Z was no exception.

The Lost City of Z is based on the book The Lost City of Z: A Tale of Deadly Obsession in the Amazon by David Grann, which was published in 2009. The book itself was based on the real-life story of the British explorer Lieutenant Colonial Percival Fawcett, a military man who had training in cartography and possibly archaeology. Fawcett had gone on several missions to Amazonia, or the Amazon, before his disappearance.

About The Lost City of Z

Opening in the early 1900’s and ending in the 1920’s, the film follows Fawcett on several of his 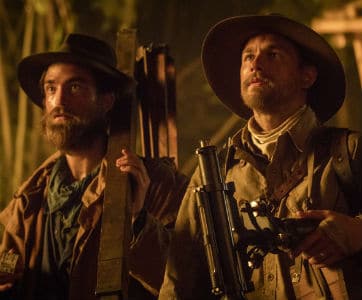 early journeys. On his first journey, he meets his associate, Henry Costin (played by Robert Pattinson). The two men successfully mapped out the unexplored region of the Amazon that they were sent to explore. However, they discovered something else, pottery sherds in a place no white man had gone before. This challenged everything that the British thought about the people who were living in South America at the time. The British tended to think that other people, particularly those who were colonized, were savages. This would have made them incapable of such a thing as making pottery.

Convinced there is an ancient city and calling it “Z,” Fawcett determines to not only find it, he also wants to preserve it – unlike what some other explorers of the time were doing. He finds himself called back to fight during World War One, but his dreams of Z and the Amazonian jungle never leave him. After the war, his oldest son Jack asks to go with him to the Amazon. The two set off and after sending a letter home, are never heard from again.

What happened to Percy and Jack Fawcett? Did they spend the rest of their lives living in the Amazon with a native tribe, or were they killed? No one knows, but people have wondered ever since they went missing. Fawcett was a bit of a celebrity, with people very excited to hear about his discoveries. The last journey especially was very highly publicized, and many were following the story with interest. In the book, film, and historical fact, Mrs. Fawcett never believed that they were dead. The film lets viewers draw their own conclusions, which I appreciated. The relationship between Fawcett and his family is very complicated in the film.  Jack Fawcett, played by Tom Holland, is bitter and angry that his father is always gone. However, he still loves him and wants to make him proud. Fawcett’s wife, Nina, is an educated woman who seems trapped in the role society has for her. The Fawcetts seem to have exactly the kind of relationship that you would expect. They miss each other, but Fawcett has allowed his obsession with Z to take over his life, even pushing aside his family. It is a story about a deadly obsession, and these relationships show that.

Not only was the film well-acted, but the sets were beautiful. The score was also wonderful, drawing on classical music and helping set the mood. The Lost City of Z is sometimes wordless. Despite this, between the music and the facial expressions of the actors, the story still flows clearly. The viewer is drawn into the adventure like they’ve joined the trip themselves. It feels incredibly realistic as well. 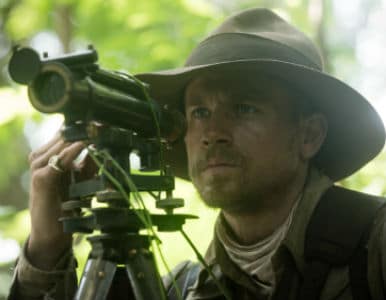 Some articles I read described Fawcett as one of the inspirations for the character of Indiana Jones, and that fits in well with the character. Charlie Hunnam plays Fawcett who is obsessed with finding the Lost City. His main motivation is to find it before anyone can destroy it and to restore his family name. He is also determined to show everyone that the native peoples of Amazonia are and were capable of building great civilizations.

Modern researchers believed that they might have found the city that Fawcett had been searching for, which makes me happy. I was also happy to discover something during my research. It seems like few people were unhappy with the film, although that might be a discussion that develops later on. Overall, The Lost City of Z seems to be trying to tell a story that is built on understanding other cultures.

From what I can tell, the film is fairly accurate to the book. The book itself is supposed to be very closely based on historical fact, though some historians disagree. The biggest difference is that Fawcett was given a less narrow view of the local natives in Amazonia. However, his belief in the quality of all makes him a more compelling character, I think. Another change is that he and his son were not alone on their journey. 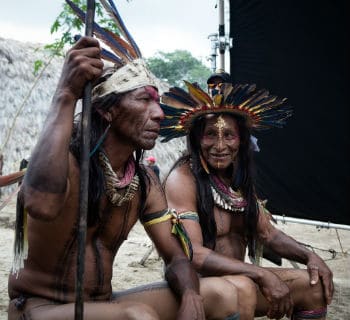 If you are interested in films about exploration, obsession, and discovery, then you may enjoy this film. If you like stories set in the Amazon or the 1920s, check this one out. Also, if you like stories based on books and true events, you may enjoy The Lost City of Z. At two and a half hours long, it seems a little daunting, but it is definitely worth a watch.

Content Note: PG-13. There are some scenes of war and peril, as well as partial nudity.

Have you seen The Lost City of Z? What are your thoughts on this film?