8 TV Show Couples That We Desperately Wanted To Be Endgame 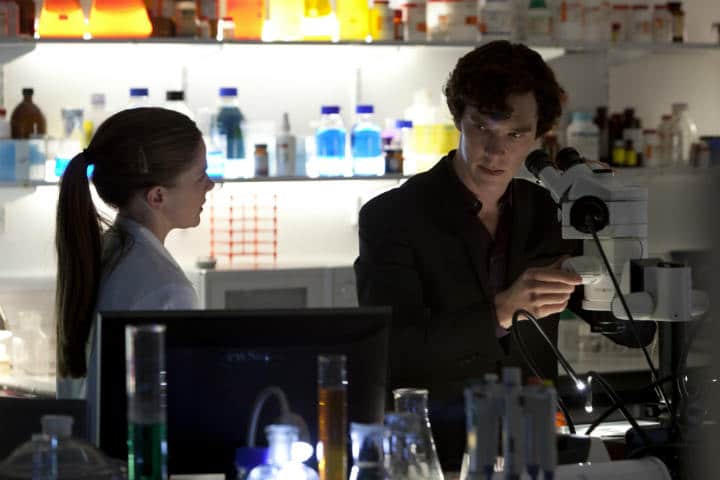 TV writers can be both delightful and merciless with their work. They give us romantic moments that create intense OTPs in our hearts leaving us with just one desperate cry: please be endgame! But sometimes great TV show couples, or great potential TV show couples, never get that final endgame satisfaction. Sometimes, our beloved lovers break up to the outcry and pain of the fans. Or the OTP is only allowed to cultivate a silent crush until the last episode rolls by. And we’re left sobbing with our tissues wishing we had one more chance to see them confess their love to each other.

So here are 8 different TV show couples in television that we were rooting for to finish that goal line but never quite made it. And we still loved them despite that.

8 TV Show Couples That We Desperately Wanted To Be Endgame 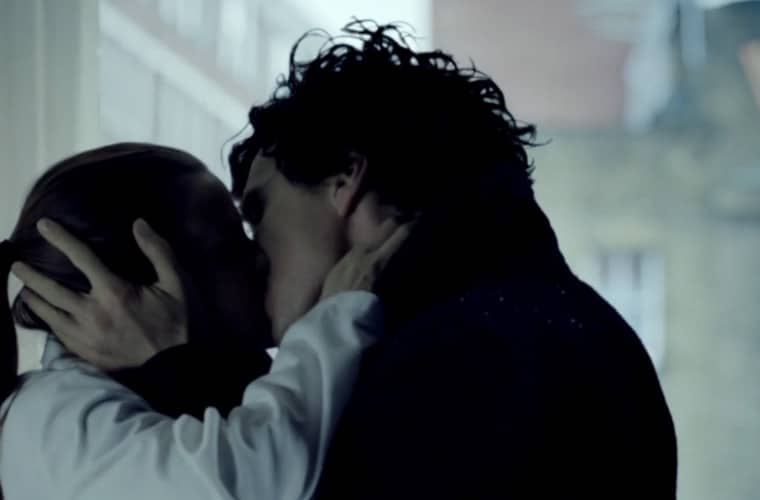 The very popular BBC remake of the Sherlock Holmes story has captivated fans in Britain and around the world with great writing, acting and Benedict Cumberbatch’s electric portrayal of Sherlock. A self-labeled “high functioning sociopath”, Sherlock is obsessed with solving crimes and usually ignores or doesn’t understand other people’s feelings in his quest. Which is why it takes him so long to figure out that his friend, Molly, a reserved consultant doctor, has a massive crush on him. Perhaps the show’s creators themselves realized how popular the ship was since they teased several almost romantic scenes between them (including a fantasy kiss)! 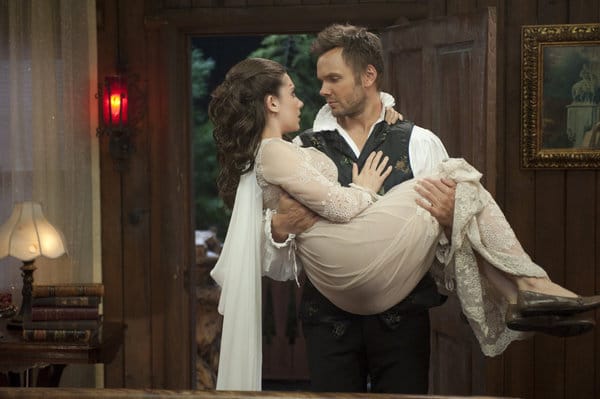 This zany but clever comedy about six friends in a very unconventional community college brought fans loads of hilarity. Of course with a sitcom, especially a crazy one, there are numerous love-lines. One of my favorites, and definitely a popular one as it kept reemerging throughout the series, was Annie and Jeff. Annie Brie was the fresh-faced youngster of the group with a major overachiever personality who crushed a lot on Jeff Winger, the sarcastic lawyer who went back to school for falsifying his degree. They were a fun and adorable couple and one of the best “almost” OTPs the show created. The final episode hinted at a possible romance between Jeff and Annie, but left it very open-ended with no promises. 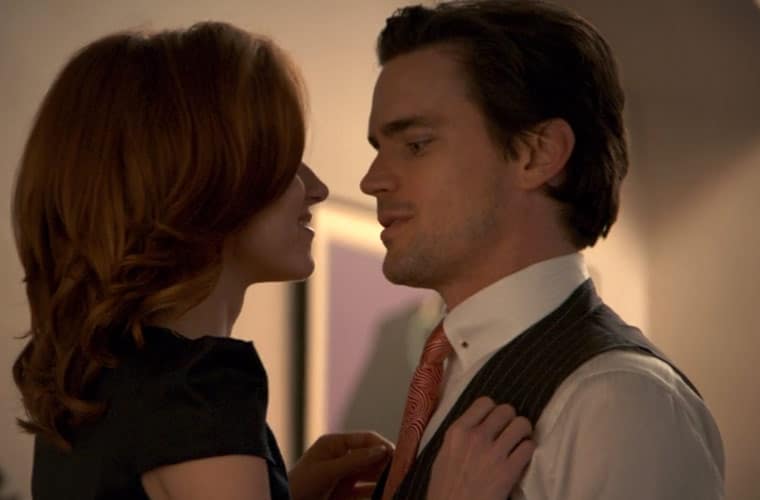 Neal and Sara leaning in a for a kiss. Photo: USA Network

In a world of grisly crime dramas, White Collar gave us something different with a sleek and utterly fun story about a young conman. Neal Caffrey gets assigned to work with FBI agent Peter Burke to commute his long prison sentence. Neal had many romantic entanglements through the series yet none were as perfect as his romance with Sara. They were polar opposites – a conman and a law-abiding insurance investigator but their romance was so sweet and full of so much darn chemistry. They made us wish they could’ve been OTP to the end.

Happy Days is a classic megahit from the 1970s-80s that created cultural icons and launched several popular spin-offs. Of course, who could forget the very image of Happy Days: Fonzie? Always dressed in a leather jacket, Fonzie was a street-hardened rebel with a heart of gold underneath. He was also a ladies’ man, who with a snap of his fingers drew women straight into his arms. Throughout the show, Fonzie only had a few serious relationships.

Despite the briefness of his romance with Pinky, I believe that they had the best chemistry of any his girlfriends. Perhaps that was because she was technically the female Fonz – a gorgeous, motorcycle-riding thrill-seeking woman with plenty of backbone. They matched each other well and it could’ve been fun to see them playfully one-upping one another all the time with daredevil tricks and being cool. Sadly, the couple never got far because of rumored real-life drama. Pinky’s actress didn’t get along with any of the cast members. So despite the big publicity around her being introduced into the show, she was only there for two episodes. 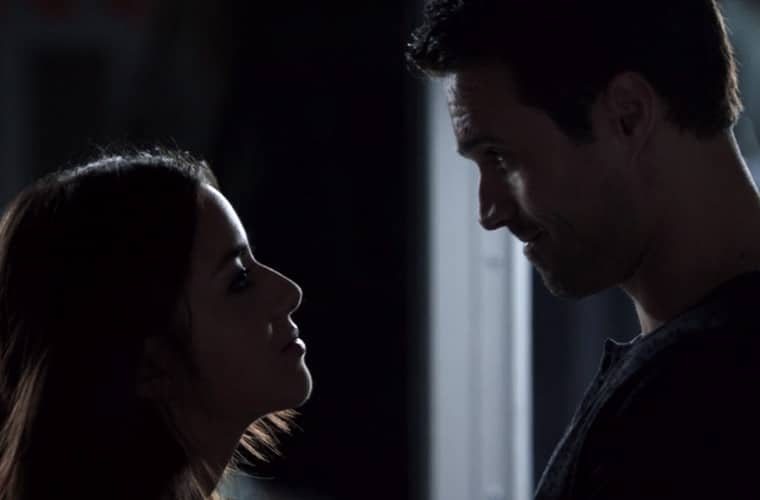 Marvel’s fun series Agents of Shield brought the world of superheroes to the small screen with tales of Shield agents like Agent Coulson and his team. Two team members: Ward, a very serious Black Ops specialist, and Skye, a free spirit hacker who gets pulled into the group. They gave us a burgeoning adorable romance during the first season. A shocking first season climax swiftly ended any romance for the couple. The OTP that we loved was never brought back despite the fact that they had oodles more chemistry than any new relationships they had afterwards.

One of the several successful spin-offs of Happy Days was the lovable, screwball series, Laverne & Shirley. The show harkened back to the I Love Lucy days delivering heavily on comedy situations and sometimes physical comedy revolving around two brewery-working roommates living in the late 1950s. The longest running couple on the show was the pitch-perfect Shirley and Carmine. I mean, he called her Angel Face, friends! How could their love not be OTP for all times?

Sadly, their on-and-off romance ends by Shirley marrying another guy (who they never even showed his face, lol) because the actress was leaving the show and Carmine’s actor wasn’t. Never mind that it made NO SENSE that Laverne & Shirley would continue without Shirley (and yes it didn’t last beyond a few episodes after her departure). In the fans’ hearts, Shirley and Carmine were the ones who married happily ever after. 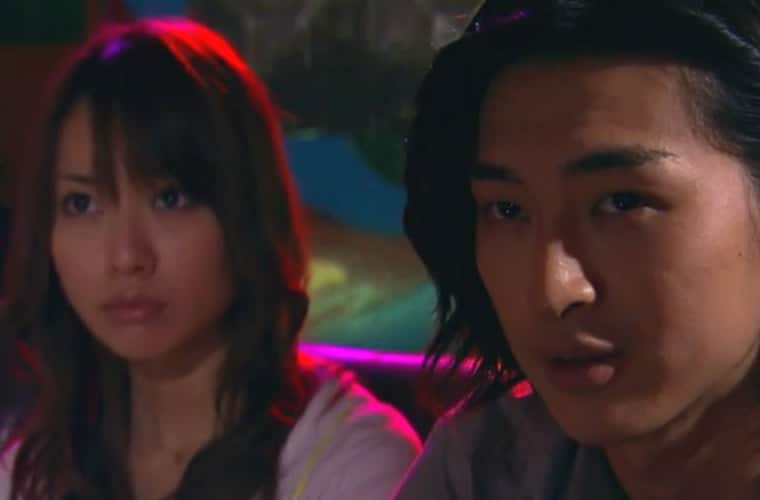 This J-drama (or dorama) adaptation of the popular Liar Game manga told us the story of an extremely innocent and compassionate girl forced to play in a reality game about deceiving others. With the help of a super-hot shrewd ex-con, Nao worked her way through the reality game to win and save herself from massive debt. While Nao and Akiyama never came out and confessed their true feelings to each other, they said it in every other way – with their devoted loyalty to one another. And some very evident romantic tension.

Stargate Atlantis, a spin-off of the popular sci-fi show Stargate, paired a modern day world with space exploration through stargates (space transporters). John Shepherd, one of the crew members of a military/scientist exploration outfit, was one of the first Earth humans to meet Teyla, a wise human leader living on the planet Athos. Despite the Stargate series’ reluctance to bring TV show couples together (at least with their lead characters), the chemistry between John and Teyla was undeniable. They had each other’s backs at all times. They also had loads of romantic tension, enough to keep fans holding on to the very end for this OTP.

Any OTPs here that you wanted to be endgame? Or any other TV show couples that you believe should’ve been endgame? Sound off in the comments below!