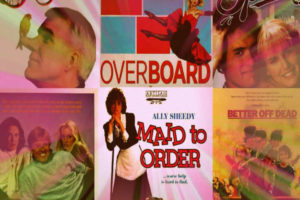 Young enough to consider the 80s, like, so totally vintage cool?

8, Like, Totally Rad Eighties Rom-Coms You Should Be Booking It to Watch 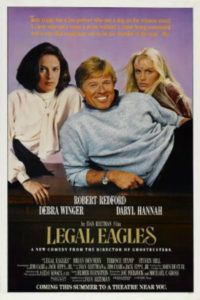 Robert Redford and Debra Winger partner up as bickering lawyers to defend a mysterious and alluring damsel in distress, played by Daryl Hannah. There’s a mystery to solve, a client to get off the hook and dangers to avoid, not to mention much verbal jousting between Redford and Winger.

Robert Redford is as sexy and charming as ever. His tap dancing in a bathrobe routine to “Singing in the Rain” will leave you smiling and sighing. 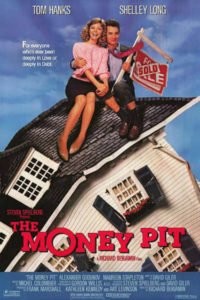 Shelley Long and Tom Hanks star as a loving couple, who fall head over heels for a mansion, which proves to be a renovating disaster. They were duped in the sale – the house was all window dressing. Everything that could go wrong, does – walls fall down, pipes burst, floors collapse, wiring ignites, bills mount, tempers flare, stress levels rise. Money woes and arguments begin to trump romance. An ex resurfaces with amorous intentions. Will their love survive the renovations? Will the house?! 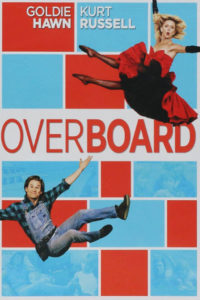 A haughty, wealthy, piece-of-work woman loses her memory and ends up being tricked to believe that she is the wife of a widowed, working-class carpenter, whom she once refused to pay for carpentry services rendered on her expensive yacht. Sound complicated and fancifully out there?

Goldie Hawn plays the aristocrat with amnesia and Kurt Russell the down-to-earth jack-of-all-trades, who’s looking to get even and exact his due payment from her through child rearing and housekeeping. It’s a modern-day Taming of the Shrew. But what happens when real feelings start to develop for the fake wife and mom, who’s starting to not just clean house but make a home? Hawn and Russell, already a couple in real life, share great chemistry and comedic timing.

Where to watch: Amazon Video, DVD.

RELATED: The Taming of the Shrew – An Uproariously Funny Modern Adaptation 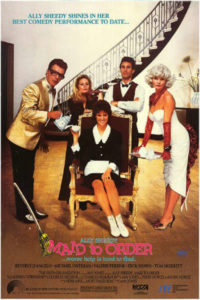 A snooty, spoiled, troublesome socialite, played by Ally Sheedy, gets the reverse-Cinderella treatment. When her angry and exasperated father (Tom Skerritt) decries that he wishes she was never born, a fairy godmother (Olivia D’Angelo) pops on the scene to grant the wish. Our socialite is now a nobody and is forced to find work as a maid. As she engages with the fellow help, she begins to set a greater value on family and friendship and love – especially love with a hunky chauffeur! Sheedy sports a wicked feathered mullet in this film. 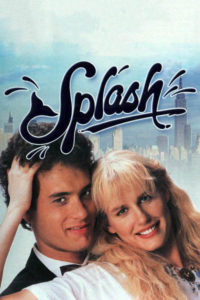 A modern take on the tale of the little mermaid, Daryl Hannah plays a mermaid who comes ashore in Manhattan in human form in search of the man, whose life she has saved. Tom Hanks plays the object of her search and the lucky chap, who gets to teach this strange woman how to speak and act normal (he doesn’t initially know she’s a mermaid). She’s got eight days ashore before she must return or be forever barred from her aquatic kingdom. Mad scientists and government agents are on her trail. Love is blossoming. Does she make it back to the sea before it’s too late? And how do you reconcile an interspecies love? This was one of the biggest hits of the year back in 1984.

Where to watch: Amazon Video, DVD.

RELATED: The Legend of the Blue Sea – An Epic Romance Inspired By Mermaid Folklore 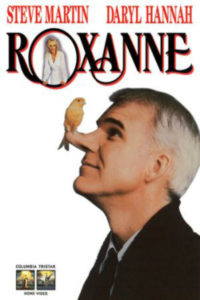 Playing a modern-day Cyrano de Bergerac, Steve Martin is a lonely fire chief with a huge nose, who’s in love with a lovely newcomer to town, Roxanne, played by that eighties’ darling Daryl Hannah. She, in turn, is interested in a rather simple but hunky firefighter. It all gets rather ridiculously complicated, but Martin’s character ends up helping his handsome subordinate woo the intellectual Roxanne, supplying the wooing words via hidden earphones and letters.

How long can they keep up the ruse? How will Roxanne respond if she learns the truth? Can the chief step out of the shadows and own up to his own words and his own love? Can Roxanne come to see beyond the huge schnozz to the kind, good man beneath? 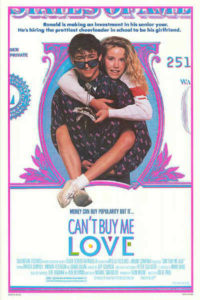 A young Patrick Dempsey (need I say more?) portrays a high school nerd, who offers to help a desperate cheerleader out of her financial pickle by giving her the $1000, she so acutely needs. The catch? She has to be his “girlfriend” for a month, letting him hang around her and the popular crowd. She has no choice but to accept the offer. 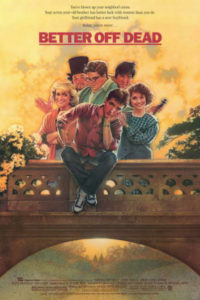 This zany film follows the woes of the doleful teen, Lane, played by a doe-eyed John Cusack, whose life just generally sucks. His car is decrepit, his family is nuts, the paperboy is stalking him, his girlfriend dumped him, he didn’t make the ski team, he lost his stupid job and he can’t even kill himself. But with a sweet French exchange student living next door and some slopes that need skiing, life might just be worth living after all.

The film has some classic lines, especially involving the obsessive paperboy.

RELATED: The 100 Best Romantic Comedies of All Time (Part Two)

What Eighties Rom-Coms are your favorites? What films are on your list?

Our romance-themed entertainment site is on a mission to help you find the best period dramas, romance movies, TV shows, and books. Other topics include Jane Austen, Classic Hollywood, TV Couples, Fairy Tales, Romantic Living, Romanticism, and more. We’re damsels not in distress fighting for the all-new optimistic Romantic Revolution. Join us and subscribe. For more information, see our About, Old-Fashioned Romance 101, Modern Romanticism 101, and Romantic Living 101.
Pin this article to read later! And make sure to follow us on Pinterest.
By Jessica Jørgensen on June 13th, 2017

7 thoughts on “8, Like, Totally Rad Eighties Rom-Coms You Should Be Booking It to Watch”