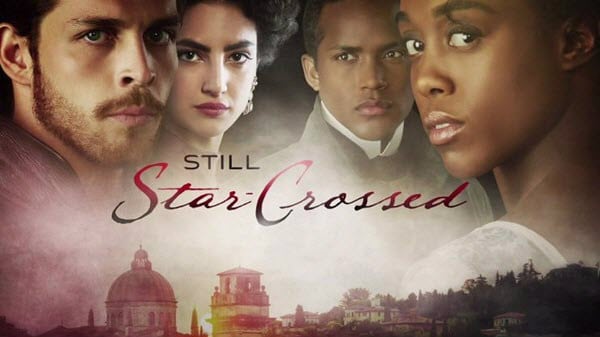 Based on the novel by Melinda Taub, Still Star-Crossed continues where Shakespeare’s tragedy, Romeo and Juliet, ended. The deaths of Romeo and Juliet do not bring peace between the Capulets and Montagues. Instead, fighting erupts across Verona and unchecked violence fills her streets. With a civil war raging in the city, Verona is ripe for the taking by outside principalities. In an effort to end the bitter feud between the Capulets and Montagues, and secure the safety of Verona, Prince Escalus arranges another wedding. He orders Rosaline, niece to Lord and Lady Capulet, and Benvolio, nephew to Lord Montague to marry.

With regularly scheduled television shows on summer hiatus, I was looking forward to the premiere of Still Star-Crossed. The teaser offered so much to be excited about. A “sequel” to Shakespeare’s Romeo and Juliet? Yes, please! A diverse, female-led cast? Definitely yes! Romance? Action? Deception? Intrigue? Give it to me! Even better, the show is from executive producer, Shonda Rhimes. While a period drama is a departure from the normal shows we see from Rhimes, it didn’t matter. The themes of betrayal, murder, scandal and more run through Still Star-Crossed. So really, it’s right in Rhimes’ wheelhouse. And we all know that shows from Shondaland are more than good. They are excellent, incredible hours of television with exceptional writing, acting, and directing. Really, how could Still Star-Crossed be any different?

It’s not, but it is far from perfect. The premiere is a promising start but it may dissuade viewers from continuing to watch. You know the old saying ‘never judge a book by it’s cover?’ Think of the pilot as the cover to the series; the inside jacket to a book cover.  It is just as the episode title suggests; it lays the scene. There is more Still Star-Crossed did right than wrong. And after a second watch, looking past what went wrong, Still Star-Crossed was everything I hoped it would be! So, let’s talk about what went right and what went wrong in the pilot titled, “In Fair Verona, Where We Lay Our Scene.”

A Plague on Both Houses

The pilot was jam-packed with information. So much so, it was easy to get lost. This was where the episode went wrong. There was too much too fast. It felt rushed. The first half of the episode was a “summary” of Romeo and Juliet. I found it unnecessary. I don’t think there is a person alive who doesn’t know this story. As a result, by the time the story truly began, there was only a half hour left. Had the episode began at Romeo and Juliet’s funeral, there would have been more time to devote to a stronger introduction of the plot and characters. A few more seconds of a scene here and there would have been tremendously helpful.

Despite the dizziness of the pilot, there were tantalizing bits that peaked my curiosity. What grudge does Lady Capulet hold? Is Princess Isabella truly loyal to her brother, the Prince? Betrothing Juliet to Count Paris is more than about status, so what is Lord Capulet’s real motive? What came between Rosaline and Prince Escalus? How will Benvolio handle being the new Montague heir? Are the political machinations of his family truly in his nature? These glimpses into character motives were intriguing. The characters hit the right note with me.

A Most Perfect Cast 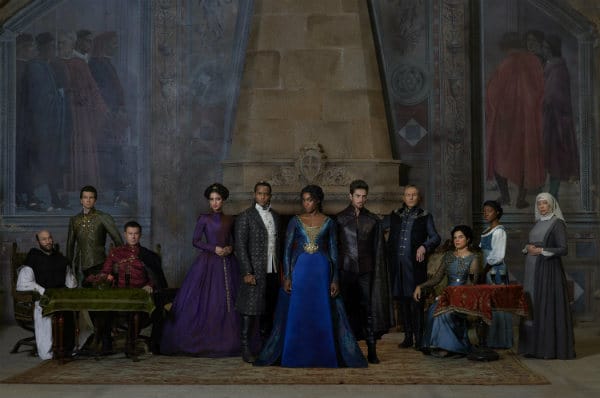 The cast is not only gorgeous but insanely talented. They are also one of the most diverse casts on network television right now. Featuring a mix of relative newcomers and veterans, it’s truly a treat to watch these actors bring their characters to life. A moment between Lord Capulet (Anthony Stewart Head) and Lord Montague (Grant Bowler) just reeks of mutual disdain. Lady Capulet (Zuleikha Robinson) is more complex than she appears. There’s a secret there that Robinson gives glimpses of in her expressions. Unlike in Romeo and Juliet, Count Paris (Torrance Coombs) survives Romeo’s stabbing, coming back to life in a moment reminiscent of Jon Snow. Livia Capulet (Ebonée Noel) views life through her desire for a husband. She wishes for a life that only a wealthy husband could provide. It’s touchingly naïve.

Lashana Lynch is absolutely amazing in the lead role of Rosaline. It can be difficult to make a fiercely independent woman as sympathetic as she is strong. Yet, with a perfect touch of vulnerability and yearning, Lynch does just that with Rosaline. Equally captivating is Wade Briggs as Benvolio. Charmingly handsome, it’s clear he hides his true self beneath drink and Montague superiority. Then there is Sterling Sulieman as Prince Escalus. He remains a bit of a mystery. Other than a desire to secure the safety of Verona, it’s not clear what motivates Escalus. Medalion Rahimi as Princess Isabella is also compelling. Despite her words of support for her brother, Isabella clearly wishes for power. I question her loyalties and wonder just how safe her brother is from her desire to rule.

A Love Triangle – Or is it? 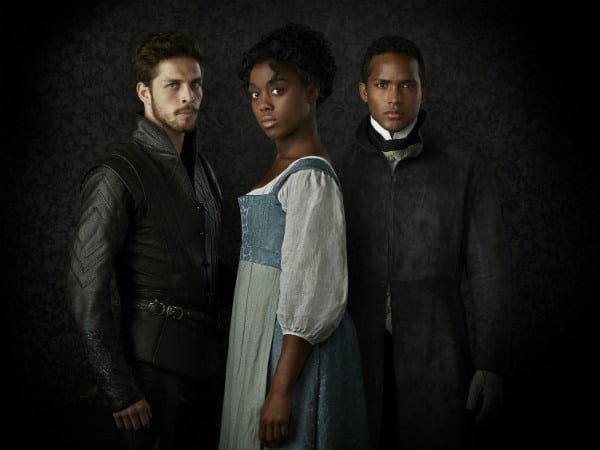 Generally, I’m not a fan of the love triangle trope. One side always seems to be lackluster and brought in late to serve some other purpose and not the romance. If it’s not believable, then the emotion will not carry. That is not the case in Still Star-Crossed and thus, I’m willing to make an exception. Rosaline and Benvolio meet at the beginning of the episode and sparks fly. They trade veiled insults while their eyes linger with interest. When they meet again, they passionately argue, standing toe-to-toe. So much potential there! Yet, Rosaline’s heart belongs to Escalus. They have a history. At some point in their past, they were very much in love. Something (or someone???) tore them apart. Still, when they meet again, it’s clear Rosaline is not over Escalus and vice versa.

What makes this triangle believable is that no one is quite “together.” A third party isn’t brought in to tear the couple apart. Escalus is part of Rosaline’s past and now her future. He knows who she was but perhaps not who she is now. Then there is Benvolio. He is as against the marriage as Rosaline. Montague and Capulet in marriage? Never! Yet the look on his face when he comes across Rosaline and Escalus alone says perhaps it’s not so abhorrent as he pretends. So, it’s really not clear. Who is Still Star-Crossed? Rosaline and Escalus? Or Rosaline and Benvolio? With the incredible chemistry between all three, it will be interesting to see how this love triangle develops.

Filmed entirely on location in Spain, the scenery is breathtaking and the sets dazzle.  And as I said above, the cast is fantastic. While the premiere was not as smooth as it could have been, it was interesting enough to guarantee my return next week. It is, as its title suggests, an episode intended to lay the groundwork for future episodes.

Did you watch the premiere of Still Star-Crossed? What did you think? Let me know in the comments below!

“Mrs. Robinson, you’re trying to seduce me. Aren’t you?”