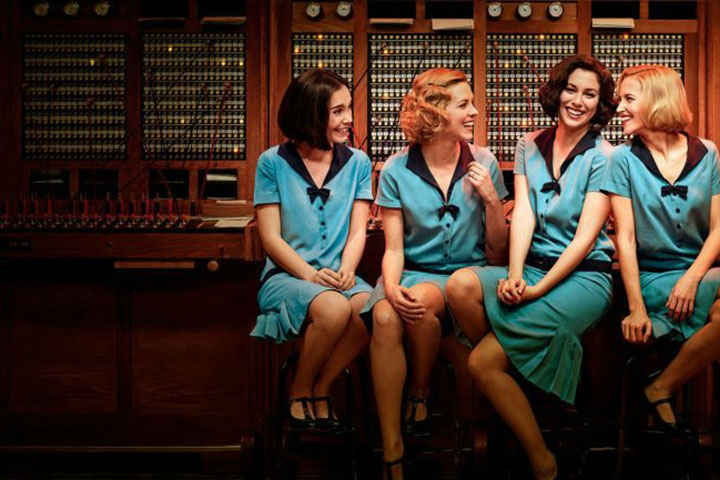 Cable Girls, or Las Chicas Del Cable, is the first Netflix Original series from Spain. Part Velvet, part The Paradise, Cable Girls is a period drama set during the 1920’s. It focuses on a group of four women from very different backgrounds. Seeking a better life, running away from a painful past or simply wanting to be an independent, self-sufficient individual, Cable Girls intertwines various women’s hopeful and tragic stories throughout its 8 episode first season.

Cable Girls begins in Madrid in 1928 and introduces us to women who all yearn for freedom. Though their motivations differ, each finds themselves queuing at the offices of Madrid’s largest national telephone company in the hopes of securing a job as an operator or “cable girl”. From the moment we meet these women, however, it becomes apparent that along with deep, abiding friendships that form, jealousy, betrayal and love battle with their desire to fulfill their dreams of being successful.

The first woman we meet is Alba (Blanca Suárez) who is forced to assume a new identity as Lidia Aguilar. Alba has a checkered past and in an attempt to gain her freedom, is forced to dance to a corrupt official’s tune. Securing a job at the cable company, she meets three other women whose friendships she initially spurns.

The world is in the hands of women.

Marga (Nadia de Santiago) is a naive, small-town innocent who is petrified of the fast paced, loud, confusing city. Angeles (Maggie Civantos) is a wife and mother who loves her job but whose husband is pressurizing her to be a housewife. And finally, we meet Carlota (Ana Fernández), a fiercely independent young woman from a wealthy background who yearns to escape her controlling father’s abusive household.

What makes Cable Girls relevant to modern viewers is that the show, although set in the 1920’s, is incredibly relatable. Each of the aforementioned women present with challenges and pressures that modern women continue to face as they struggle to balance work, life, and their families. In addition, the show also explores how women are never able to ‘have it all’.

For example, Lidia is forced to choose between preserving her life or compromising her moral compass. While Carlotta wants nothing more than her independence, security is presented in the form of marrying a man she does not love or facing potential homelessness. Or even Angela, a woman who on the face of it, has it all, but who is forced to walk in the shadow of her husband who believes he should be the primary breadwinner of their household. It’s 2017 and all of the aforementioned are the realities of many women today.

Only those that fight achieve their dreams.

But Cable Girls is not simply a lecture in feminist pursuits. If you have seen Velvet, another Spanish television show, you would know that Cable Girls will be a fun, entertaining watch.

The Spanish love romantic entanglements and Cable Girls does not disappoint. Sweet Marga falls in love for the first time while Carlotta also discovers romance in a very unlikely place. It’s Alba’s love life in particular however that is complicated by her attraction to two very different men. 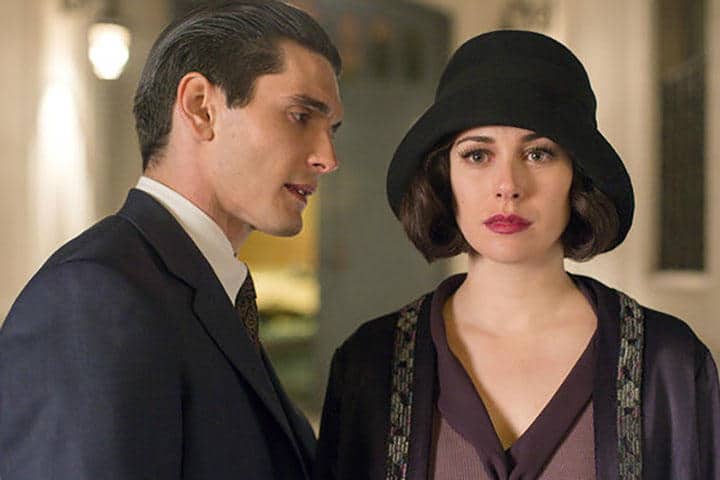 Francisco (Grand Hotel’s ridiculously handsome Yon González) is an executive at the cable company who she meets on her first day. Alba recognizes him, a fact that immediately complicates everything. Childhood sweetheart alert! Miscommunication alert! Heart eyes alert! He believes she abandoned him and she believes he never went looking for her after her sudden disappearance. Their romance fairly crackles and sizzles with suppressed longing. But as the course of happiness does not run smoothly, there are obstacles aplenty.

One of the obstacles is Carlos (Martiño Rivas), the big boss’s son – a sweet, innocuous, charming young man who offers Alba a new beginning. With her life in so much turmoil, it’s easy to see why simple and predictable would be very appealing.

If you’ve watched enough Spanish cinema, you’ll know that sometimes the storylines tend to veer slightly into the ‘over the top’ category. Cable Girls avoids this for the most part, although the show does fall prey to some character clichés. Expect the femme fatale, the cheating scoundrel, the naive small town girl next door, the chauvinistic, if well-meaning executive and of course, the liberated career woman.

If you have no problem with that, Cable Girls is a smart, exciting addition to Netflix’s original library. Romance, intrigue, drama and a little bit of heartbreak make it a solid recommendation.

Where to Watch: Cable Girls is available for streaming on Netflix.

Content Note: This series ranges between TV-14 (most of the time) and TV-M  for brief sexuality.

Have you watched Cable Girls? If you have, what did you think? Comment below and let me know!

658shares
We use cookies to ensure that we give you the best experience on our website. If you continue to use this site we will assume that you are happy with it.OkNoPrivacy policy