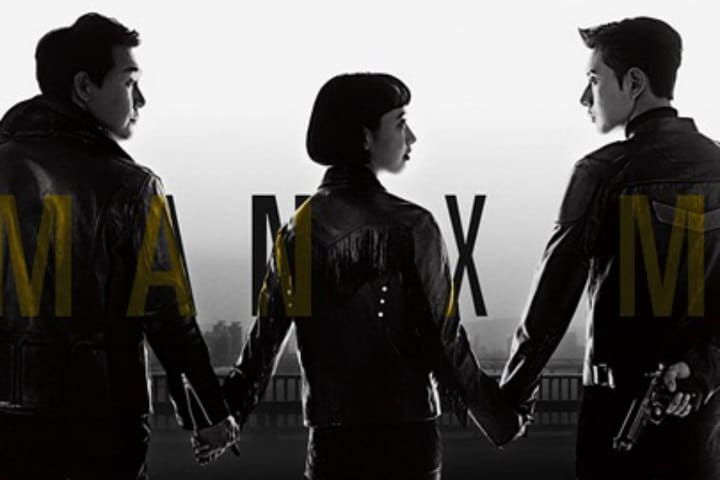 Man to Man (2017) – A brand new spy comedy to rival the best of them. With a bromance to eclipse all previous bromances to top it all off!

Part spy-parody, part action and part rom-com, Man to Man is the latest Korean Drama that drama-watchers are obsessed with and with good reason. It is extremely enjoyable. Especially when the three main characters are in a scene together. It is so good that Netflix has even purchased exclusive international broadcasting rights for this drama.

“Do you know that you are really strange? You are unpredictable and impulsive. You are very soft, but at times you are very rough. But you have a strange way of drawing people in.” – Cha Do-ha on Agent K 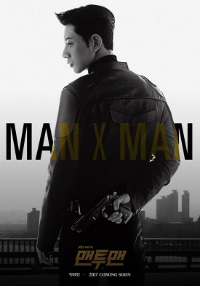 Despite being a spy for the NIS, K does not trust the organization (he does not even trust himself). He is an expert marksman who stays cool and collected under all circumstances (that is, until his latest assignment). K frequently utilises seduction in his assignments since he considers love to be a useful strategy and tactic. It is worth nothing that he has a bad feeling about seducing his latest target Cha Do-ha and suspects this may be because she isn’t pretty. He enjoys magic tricks and finishing an assignment with a bang (literally!). Indeed, he finds particular enjoyment in the latter. 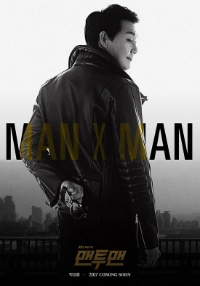 According to K’s analysis, he finds pleasure in harassing others – being tough on the weak and weak to the strong. Throwing tantrums is a favourite pastime of his.

“He likes neither this nor that. He hates being recognized and not being recognized. The best things for a top star who doesn’t know what he wants are explosive views, likes and comments.”

As a stuntman turned action movie star, Yeo Woon-kwang is known for his diva-like behaviour and childishness. However, he is also extremely loyal to his closest team members. His specialties include driving his co-workers crazy, wallowing over a past love affair, and obtaining fried chicken Mission Impossible-style. 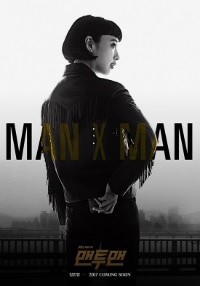 Cha Do-ha is Yeo Woon-kwang’s manager and biggest fan. She may seem a bit crazy at first, but that is the only way for her do her job as a manager of a very hard-to-control person. Fortunately, she is extremely observant and full of surprising hidden skills.

Her specialties include seeing right through people (e.g. K), resisting the advances of people (e.g. K), picking locks with ease, and making sure Yeo Woon-kwang cannot get his hands on fried chicken when on a diet no matter how hard he tries.

How Man to Man all began

Episode one serves as an introduction of all the main players, so it’s episode two where things start to get interesting. Because that is when the above trio gets together and start interacting for better or worse. Do-ha and Woon-kwang’s determination to get rid of Guard Kim doesn’t last long as he quickly grows on them.

It also doesn’t take K long to get back to his comfort zone and start seducing his next target as he likes to call her. Love is just one of the many tricks that K is familiar with. It is a tactic he has obviously relied on time and time again. This time in no different except for the bad feeling he keeps having as he tries to suss out the enigma that is Do-ha.

A ghost agent in love

His premonition is not wrong! It is clear that she keeps on taking him by surprise. He is obviously developing real feelings for her, even if he doesn’t realise it at first. Yes, the Pinocchio and Peter Pan-like ghost agent hasn’t had much cause to act on his true feelings before and discovering that he has a beating heart with desires of his own are a bit of shock to his system.

The humour of this tactical seduction lies in the fact that Do-ha isn’t nearly as gullible as his previous targets. Watching K use cheesy pick-up lines on Do-ha and then promptly cringe at his own words is a hoot!

This could be the beginning of a beautiful friendship

This is another drama where the bromance is just as much fun as the romance, if not more so. Guard Kim quickly takes charge of each situation and does not allow the diva to fall back on his usual tantrums. By the end of the mission pictured, where K puts together a homemade explosive device in order to make his VIP get out of bed on time, Yeo Woon-kwang is thoroughly tamed and starts going around calling K his brother and soulmate – much to the horror of K and surprise of everyone else.

If K has a flaw, it is that he is just too darn likable for his own good. In a situation where there are two boys and a girl, the girl usually takes centre stage. In this case, however, Woon-kwang and Do-ha are having quite the tug-of-war contest as each tries to monopolize K’s attention. Funnily enough, Woon-kwang seems to alternate between vying for K’s attention and playing chaperone and, at times, even cupid to K and Do-ha. It is confounding in the best of ways!

The top-notch comedic timing of the Man to Man cast

Park Hae-jin (Cheese in the Trap, Bad Guys) has perfected an entire array of comical reactions for his role as K. From exasperated to thoroughly embarrassed with the things he has to go through for this assignment – each reaction is comedy gold!

Park Sung-woong (Bridal Mask) is wonderfully over-the-top as the high-maintenance top star. His devotion to K and Do-ha is just as touching as it is hilarious.

Kim Min-jung is a bit of a wild card as Cha Do-ha but, trust me, she will grow on you in the best of ways! She turned out to be an excellent choice for this role once we get a glimpse at her kind nature. She has off-the-charts chemistry with both of the male leads.

Jeong Man-sik (Good Doctor, Entertainer) plays K’s handler to perfection. He is wonderfully aloof, freely telling everyone the truth about the world of spies all the while fully aware that nobody will believe in what he is saying. He is the voice of reason when K starts getting childish thoughts like going bang and acting as excited as a kid at Christmas. The interactions between him and K are so much fun to watch! He is also one of the key participants in scenes that make fun of the spy genre. For instance, there is a scene where two NIS agents are discussing how they are tailing each other’s tails. As if it is the most natural thing in the world to have someone tail you, the handler says, “The seven o’clock is yours. The five o’clock is mine.”

There are some other characters – primarily villains – but I find myself tuning out for a lot of their scenes that can only be described as scheming as to the best way to betray each other and failing miserably.

To watch or not to watch Man to Man, that is the question

After a few rocky first episodes, the comedy, friendship, and romance kick in to make it all worthwhile. This drama keeps on growing on me as it gets better and focuses more on the main trio and their interactions with each other. This is top-notch spy comedy! It has the right balance of humour versus gravity and even takes one by surprise with its sudden moments of humanity and caring. Make sure to tune in if you enjoy spy comedies like True Lies.

Content note: For an action drama, the action is pretty tame and there are no scenes that require the covering of one’s eyes unless it is to cringe in goodhearted embarrassment at the wonderfully cheesy behaviour of the characters. I believe Netflix rated it G, but a PG-13 rating would be more fitting in this case.

Where to watch: With a few weeks of airtime left, you still have time to catch up on the heart-warming and humorous Man to Man on Netflix UK before the internet is filled with too many spoilers. In the US, the release date for Netflix is June 10th.

What do you think of Man to Man so far? Sound off below…

Our romance-themed entertainment site is on a mission to help you find the best period dramas, romance movies, TV shows, and books. Other topics include Jane Austen, Classic Hollywood, TV Couples, Fairy Tales, Romantic Living, Romanticism, and more. We’re damsels not in distress fighting for the all-new optimistic Romantic Revolution. Join us and subscribe. For more information, see our About, Old-Fashioned Romance 101, Modern Romanticism 101, and Romantic Living 101.
Pin this article to read later! And make sure to follow us on Pinterest.
By Yaroslavna Simdyankina on May 29th, 2017