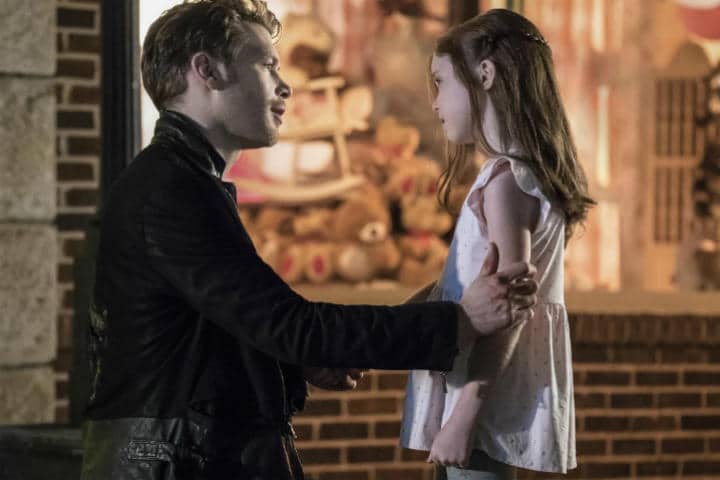 “HIGH WATER AND A DEVIL’S DAUGHTER” RECAP AND REVIEW

In this week’s episode of The Originals, “High Water and a Devil’s Daughter,” Charles Michael Davis (Marcel) makes his impressive directorial debut. And while I haven’t been as excited about this season as much as previous ones, I still felt this was a pretty solid episode – especially with the wonderful scenes between Marcel and Hope.

So, let’s talk about what went down.

RELATED The Originals: Bag of Cobras Recap and Review – The Rise of Voldemort? 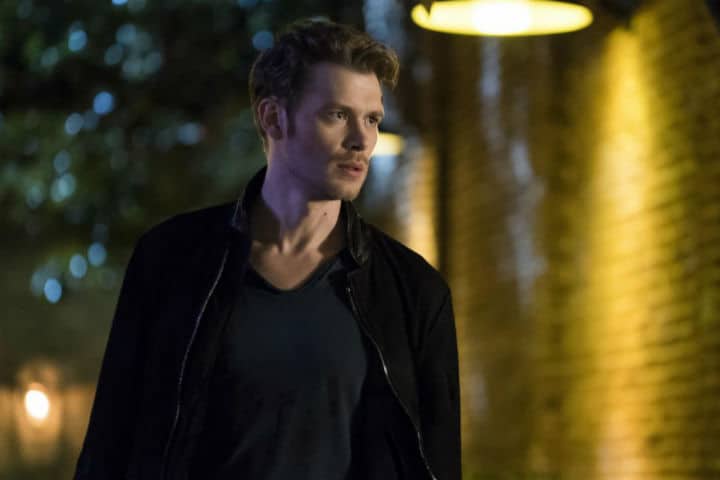 Freya puts a protective barrier spell on the Compound, leaving Klaus, Hayley, Hope, and Marcel safely inside. Though, to Klaus, it feels more like a prison sentence.

Hope, on the other hand, takes the opportunity to explore and comes across toys and books that once belonged to Marcel. Hope, being smarter than they give her credit for, easily puts two and two together and decides to pay Marcel a visit in the dungeon.

The two share a few sweet exchanges as she gives him his old toy back. And then she works her Mikaelson witch charm mixed with the innocence of a young “beauty” character as she warms Marcel’s heart in their frank discussion of his love for her Dad. Marcel quickly admits that he doesn’t hate Klaus though he wishes he could.

In the midst of their discussion, the boundary spell breaks when Freya’s heart stops. Soon after, Dominic and other followers storm the Compound. Knowing Hope is in danger, Marcel pleads with Hope to set him free. He asks her to trust him because they’re family. Thankfully, she chooses to trust him and he protects her while also shielding her from the violence (when he kills their assailants).

Meanwhile, the other assailants are no match for Klaus either who defeats Dominic by decapitating him. After he’s defeated them, Klaus looks for Hope, worried she may be hurt or dead. Instead, he finds her sitting happily outside with Marcel.

In the end, Marcel and Klaus seem to come to a better understanding – or at least a step in the right direction. Klaus knows Marcel saved Hope. And now Hope sees Marcel as her “friend.” For now, Klaus and Marcel decide to work together to fight the Hollow.

Later Hayley and Hope go to sleep after their long day. The camera makes a point to show us their identical birthmarks, which mark their werewolf bloodline. 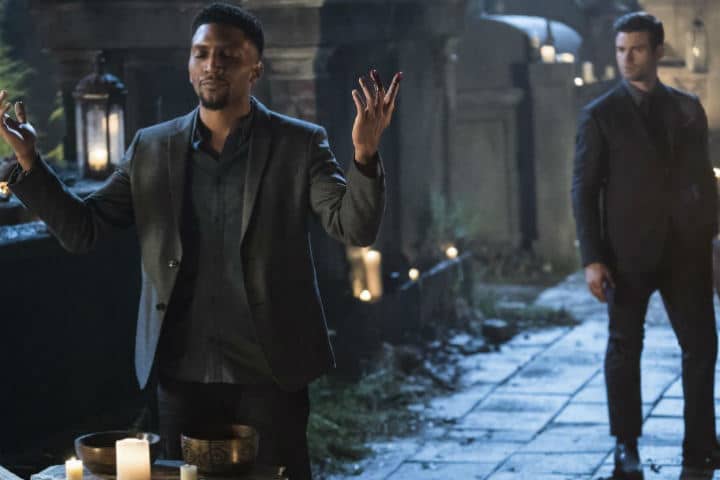 Elsewhere, Elijah goes out to find a way to defeat the Hollow. And his idea is especially dark. He wants Vincent to perform the Harvest Ritual to re-link to the ancestors. However, the ritual remains as dark as ever as it requires the sacrifice of four young witches. Vincent refuses.

So, Elijah (who’s becoming unrecognizably dark this season) takes matters into his own hands and sacrifices four girls. By doing so, he forces Vincent’s hand to finish the ceremony. If he doesn’t, the girls won’t resurrect.

However, the ancestors aren’t pleased. They cause blood to spill from both Elijah and Vincent’s eyes. But Vincent has another plan. He decides to plead to Davina instead rather than the other ancestors. Vincent breaks her grave, takes her skull, and continues the ceremony. He reminds Davina that he never once lost faith in her. Soon after, the girls wake up. It worked! Now, there’s a way for Davina to return (which they reveal in the actual promo for the next episode) since she’s the link/gatekeeper between the living and the ancestors.

Elijah’s happy his plan worked. But Vincent isn’t as impressed. What if Elijah’s plan had failed? He would have murdered those four girls. He asks Elijah if he remembers at all what it’s like to be a human being. Elijah admits he doesn’t remember much. Vincent then tells Elijah in harsh words that he has no virtue. And that he’s going to be praying for Hope’s soul because she’s being raised by a man who “ain’t got one.” This does not bode well for the Hayley and Elijah relationship.

FREYA IN DANGER AND A STANDOUT ROMANTIC MOMENT 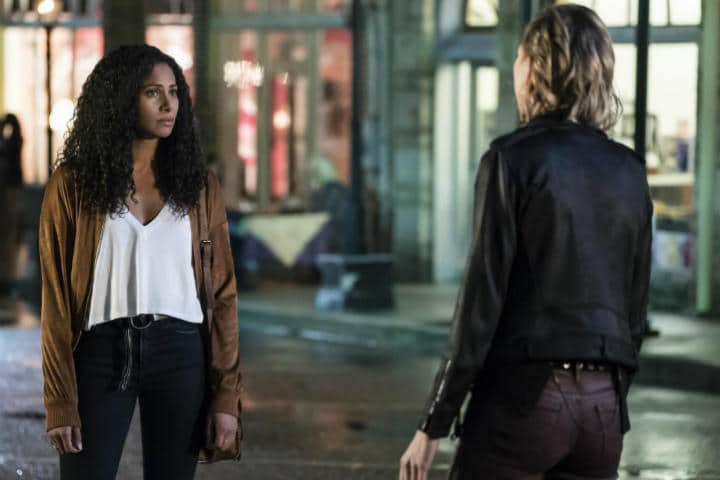 Earlier in the episode, Freya creates the boundary spell and then leaves to put together a plan to defeat Dominic. While planning, she sees Keelin, who reveals she’s decided to stay in New Orleans. They make plans to later celebrate – after Freya wins the latest fight, of course.

Freya then goes to see Josh who she needs to use for a spell. As part of her plan to catch Dominic, she shapeshifts Josh to look like Marcel temporarily using a spell. And Dominic falls right into the trap. Freya then questions Dominic and peers inside his mind. She wants to know where the other bones are.

We learn that there were guardians who protected the bones though Dominic doesn’t know who or where. And while Freya seemingly has the upper hand, she falters when Dominic reveals that he has people out there killing Keelin (who was able to fend off her attackers).

Upset, Freya loses her calm and attacks him. But she also throws him outside the circle which allows him to get the upper hand back. He uses magic against her and “kills” her.

When Freya doesn’t show up for their “midnight” drink, Keelin becomes worried and goes in search of her. Thankfully, Keelin’s a Doctor and is able to re-start her heart and bring her back to life. And Freya being Freya wakes up and instantly runs after her family because she knows the boundary spell would have broken when her heart stopped. But Keelin following along leads to a fight.

Unhappy with being distracted by Keelin, Freya tries to push her away. But Keelin isn’t having it. She tells Freya that the real reason she stayed in New Orleans was because Freya makes her feel understood…known. “You deserve someone who gets you,” she tells her.” And as Keelin walks away, Freya decides to take a risk and kisses Keelin instead of letting her go.

In a surprise twist, we learn that at least one of the bones are in Mystic Falls and were being protected by the Lockwood family. Now, why they don’t make Cami’s family one of the guardians I don’t know. Here’s to hoping I’m wrong…

SOFYA AND THE HOLLOW

After Dominic stabs Sofya with the Tunde blade, she’s left to suffer. But when Dominic dies, Sofya awakens from her torture, only to face a new type of foe…The Hollow.

The Hollow appears to Sofya in the form of a creepy little girl (this may be the only time this show has ever actually scared me) who then possesses her. For now, The Hollow’s hiding inside her and will be capable of who knows what. Now, I don’t know if the Hollow is, in fact, a little girl (perhaps the form’s connected to Vincent’s child who supposedly died) or just one of the appearances the Hollow takes on. We shall see… 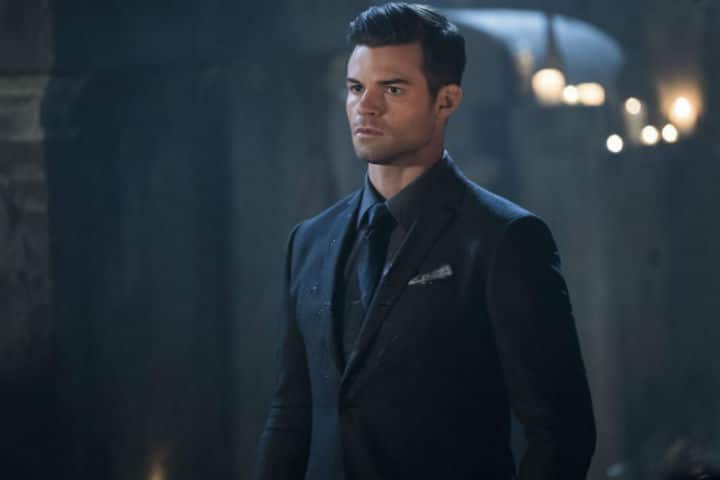 If I’m being honest, overall, I’m finding this season a little underwhelming in comparison to past ones though I still love the show. Not to mention, at times the characters feel more like caricatures of themselves (the yoyoing with Klaus) rather than the characters we’ve come to know. Elijah especially has me scratching my head. While he’s always been a dark character, he’s never been outright soulless. I admit. I want the old Elijah back!

Also, did anyone else laugh when Josh referred to Marcel as his best friend? Um…okay.

I am very interested in exploring more about the Guardians. I know it probably won’t happen, but how great would it be if there was an episode dedicated to a flashback of the guardians including Hayley’s family, the Lockwoods, and I would assume two more families and how they stopped The Hollow? That would be very L.J. Smith like (read her The Secret Circle series and you’ll know what I mean) and since she IS the original author behind The Vampire Diaries, it would be a nice storytelling homage.

Well, what did you think of “High Water and a Devil’s Daughter?” Let me know in the comments!

Our romance-themed entertainment site is on a mission to help you find the best period dramas, romance movies, TV shows, and books. Other topics include Jane Austen, Classic Hollywood, TV Couples, Fairy Tales, Romantic Living, Romanticism, and more. We’re damsels not in distress fighting for the all-new optimistic Romantic Revolution. Join us and subscribe. For more information, see our About, Old-Fashioned Romance 101, Modern Romanticism 101, and Romantic Living 101.
Pin this article to read later! And make sure to follow us on Pinterest.
By Amber Topping on May 6th, 2017

6 thoughts on “The Originals: High Water and a Devil’s Daughter Recap and Review – New Developments”