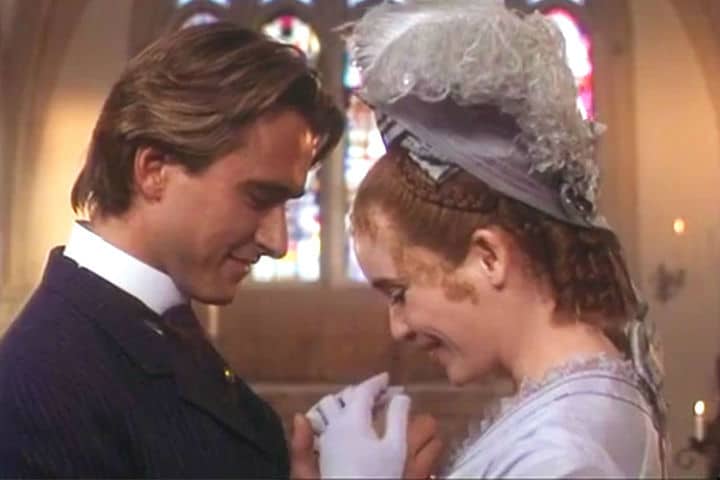 A Ghost in Monte Carlo is a television adaptation of the Barbara Cartland novel of the same name. The story is set along the beautiful Côte d’Azur, more commonly referred to as the French Riviera. In Monte Carlo the aristocracy meet to entertain, gossip, plot a low-key kidnapping and perhaps, fall in love.

Emilie, an aging courtesan, is weary of her life as an upper-class Parisian madam. Shedding her scandalous past, she creates a new identity for herself as Madame Bluet. Now independently wealthy, she visits a convent to take full responsibility for rearing her niece, Mistral (Lysette Anthony). Mistral has been with the nuns since the age of 6. At 18, she knows very little about the world beyond the abbey.

I thought that love wouldn’t be all these games. I thought it would be something honest and holy.

Ignorant of her aunts disreputable past, Mistral is excited to visit the glamorous Monte Carlo where they plan to start a new life. To that end, Madame Bluet again changes her identity and becomes the Countess de Secret and Mistral the mysterious Mademoiselle Phantome. 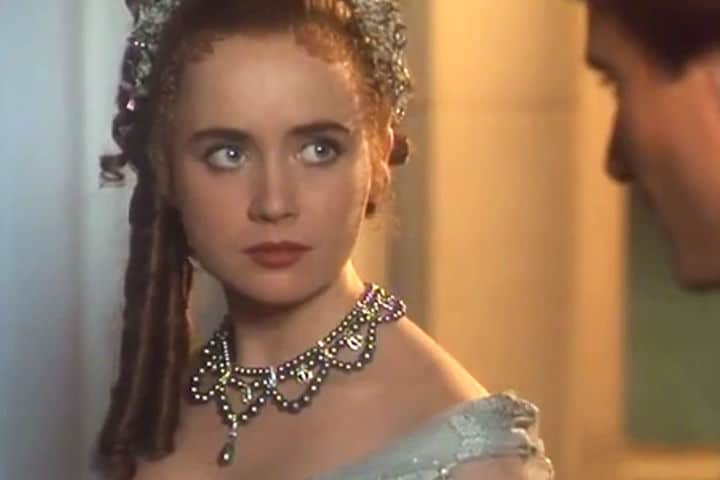 Despite her niece’s protests, Emilie encourages an association with a young, gallant Russian Prince, Nicholas, who is instantly captivated by her beauty. Through her aunt’s machinations, Mistral is soon the belle of the ball, drawing the attention of multiple suitors – none of whom she feels any genuine affection for. That is until she meets the handsome Lord Robert Stanford (Marcus Gilbert), whose piercing blue gaze shortens Mistral’s normally even breaths into delicate gasps.

Don’t you realise how lovely you are?

But not all her admirers have noble intentions. Unaware of the danger swelling around her, Mistral is inadvertently caught up in her aunt’s vengeful plot. Soon all Emilie’s carefully laid plans unravel, putting Mistral in danger and forcing Robert to confront his own unseemly behavior.

Like all of Cartland’s adaptations, A Ghost in Monte Carlo does not suffer any lack of star power. Returning to the world of regency romance, the incredibly handsome Marcus Gilbert takes the lead as Lord Robert Stanford. Robert, making many a poor life choice, is made interesting through Marcus’s portrayal of a man who falls in love when he least expects it. “You realize you’ve not been out of my thoughts since first we met? Have you thought of me?” he asks Mistral. To that, I reply, “I don’t know about her, but I sure have Marcus!” Also, while the blonde highlights streaking his coiffed hair are on point, they really have no place in 1875. Just keeping it real. 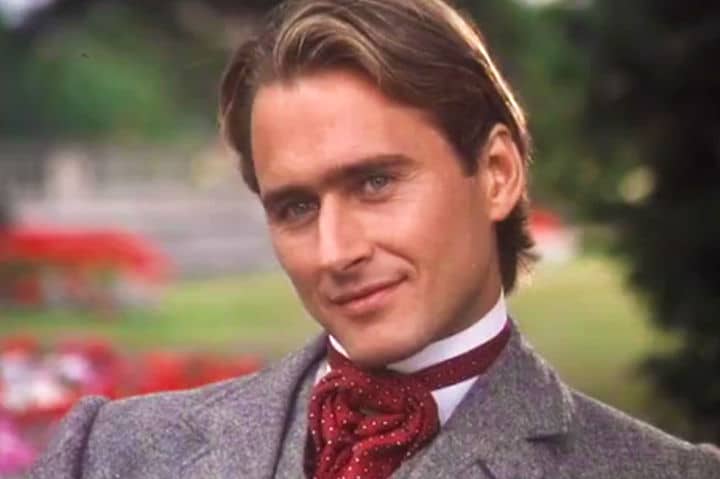 Lysette Anthony, like Gilbert, is another Cartland repeat offender. Having played Panthea Vyne in The Lady and the Highwayman – a strong, self-assured heroine – in A Ghost in Monte Carlo Mistral is a different character. Unaware and ultimately confused by the goings on around her, Mistral is mostly a passenger in her story and not really in the driver’s seat.

But Lysette and Marcus are not the only returning cast to be certified Cartland alumni. Christopher Plummer is given a little more to do in this role as The Grand Duke while Fiona Fullerton is, unfortunately, a copy/paste from her turn in A Hazard of Hearts. Oliver Reed plays an oriental villain and Gareth Hunt stars in his third Cartland production. Rounding out the cast is Joanna Lumley in a small, but fun role.

A Ghost in Monte Carlo has a relatively solid plot – more so when considering the two Cartland adaptations that came before it. Also set in 1875, it’s the first movie outside the 1600’s, which happens to be a period of time I tend to enjoy more. Despite the points for the plot, I did not enjoy A Ghost in Monte Carlo as much as I did A Hazard of Hearts or The Lady and the Highwayman. Where the other stories tended to focus more closely on the development of the central romance, this adaptation felt as if Emilie’s story was really front and center and Mistral was an afterthought.

There is the standard villain, or like I refer to them – the local creeper – who is generally present at all Cartland outings. This time, the creep factor comes from multiple threats, including a dodgy Rajah. I remind myself that this was written in the 1950’s – a very different time.

A Ghost in Monte Carlo is filled with blackmail, intrigue, a romantic runaway carriage rescue, murder, kidnapping and Marcus Gilbert covered very attractively in a film of strategically placed sweat. When I tell you that that alone might make it all worthwhile, I tell you no lies.

Overall A Ghost in Monte Carlo is a decent thriller with some interesting twists.

Where to Watch: A Ghost in Monte Carlo is available for sale on Amazon (although it is out of stock at the time of writing this review).

Content Note: This film is unrated but is generally safe for family viewing.

Have you watched A Ghost in Monte Carlo, read the novel or seen any of her other film adaptations? If you have, what did you think? Comment below and let me know!

133shares
We use cookies to ensure that we give you the best experience on our website. If you continue to use this site we will assume that you are happy with it.OkNoPrivacy policy