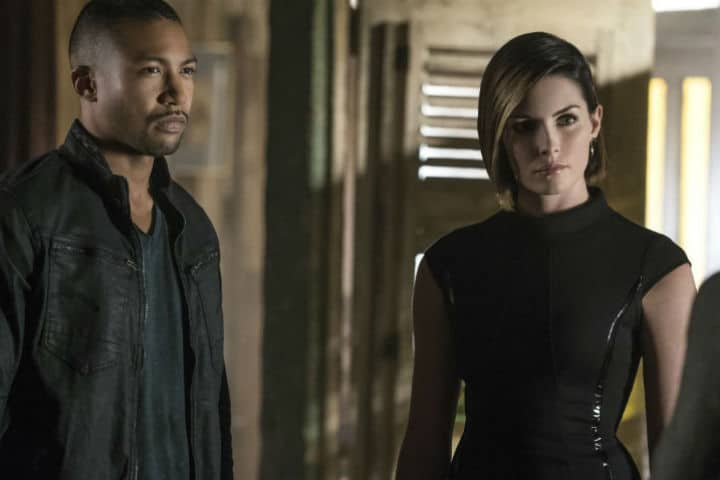 “I HEAR YOU KNOCKING” RECAP AND REVIEW

In this week’s episode of The Originals, “I Hear You Knocking,” dark magic takes front and center in the form of hallucinatory hauntings. While it’s a good episode overall, I’m still feeling letdown from the Jason Dohring debacle.

TVline asks a fair question about Kinney on their TV Qs of the week:

“Was it worse when The Originals cast Jason Dohring and gave him nothing to do, or when they finally found an interesting storyline for his character and then killed him off in the same episode?

Personally, I’d have to go with the latter. The excitement of seeing Dohring used in a cool plot twist only led to the most epic of letdowns in the very next episode. Yeah, there’s a reason they put this question at number one on their list. The writers’ choices with Dohring are so baffling I just don’t know what to say or how to defend their creative choices in relation to his character.

But I digress. Onto this week’s episode…

RELATED The Originals: Keepers of the House Recap and Review – The Hollow

THE HAUNTING – KLAUS AND MARCEL

“I Hear You Knocking” begins with Klaus haunted by horrible memories from when he was a young boy which later turn into hallucinations of Mikael in the present day. Meanwhile, Marcel sees visions of Elijah threatening him. But as it turns out, they are both infected by the Hollow who’s trying to get them to kill each other.

To fight against the Hollow, Klaus works with Freya to get rid of the infection while Marcel works with Sofya and her witch friend. But ultimately, the power of the Hollow is too strong, which bring Marcel and Klaus face to face in a fight to the death.

Thankfully, both Freya and Elijah arrive in time to help save them from the Hollow. And in the end, Klaus opts to show mercy toward Marcel by not killing him with the magical blade Freya created.

By not giving into its power and with the help of Freya, the Hollow appears to abandon Marcel and Klaus. They’re safe…for now. However, there’s a reversal of power between Klaus and Marcel in the end with Marcel locked away in the dungeon.

Later that night, Elijah (who I always argue is much more frightening than Klaus) decides to pay Marcel a friendly visit. Elijah tells him that Klaus is changing due to Hope with his redemption finally on the right path. And also that Marcel is Klaus’s greatest weakness and no longer important. He then gives a stern warning:

“I promise you, I will deliver another kind of nightmare. Sweet dreams, Marcellus.”

Elsewhere, Hayley and Elijah visit Mary to talk about the massacre and what really happened. Their conversation leads to some surprising reveals when Mary hears about the ouroboros. By reading Mary’s husband’s journals, Hayley discovers a connection to the Hollow. As it turns out, it looks like the Hollow had been responsible for the death of her parents by poisoning the mind of Mary’s husband to kill them.

Hayley also possibly solves the mysterious curse of her family. Tragedy had always followed them around. Was the Hollow somehow involved and was it returning to finally finish the job?

IN NEED OF FRIENDSHIP

Freya and Keelin seem to have grown much closer off-screen while they worked on a cure/magical weapon together. And with Keelin’s help, she was able to create a magical blade that can kill Marcel.

So, with Keelin’s part of the bargain now complete, she leaves – which leaves Freya conflicted about the loss of her new “friend.” However, Keelin returns because she’s worried about Freya and wants to help her. And a good thing too, as she’s able to be there when Freya needs to be woken out of a dangerous trance with the Hollow, leaving her injured.

But Freya has to put getting stitched up by Keelin on hold until after she’s saved her brother. When Freya finally does get medical attention from Keelin, the two grow closer – in likely a romantic way.

Sofya and her witch friend meet up at the house where the Hollow disappeared. It turns out they’re both connected to the Hollow. She wants revenge with Klaus dead.

The Hollow also left behind a gift. A bush with thorns. Apparently, a single scratch from the thorn will kill an original. Let’s hope it won’t be Rebekah on the chopping block.

Hayley and Elijah continue to build on their romantic relationship in this week’s episode.

“I want to build a life with you, Elijah. With Hope,” she tells him. They decide to do that together.

And later, Elijah and Hayley share another brief but sweet exchange. She feels she never belonged anywhere. But he reminds her that she does.

And when she worries about the Hollow coming after her and Hope, Elijah declares, “I will not let anything happen to you, do you understand?”

While their happiness likely won’t last, it’s fun to watch them dream of the happy ending for a while. 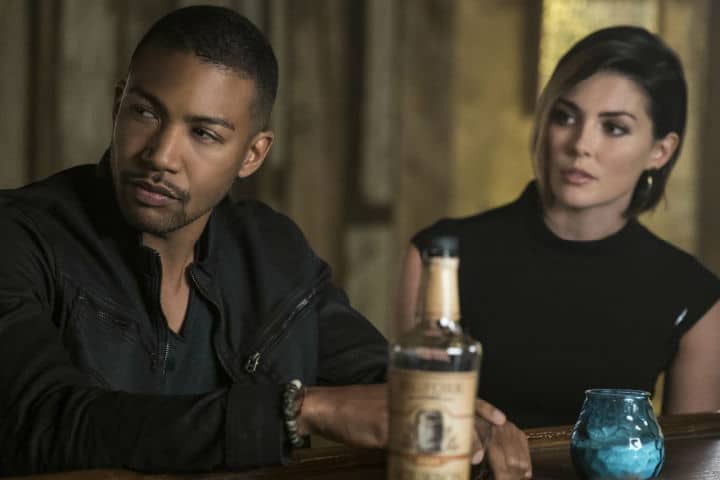 I think it’s time to put the Marcel vs. Klaus plot lines to an end. It’s been done to death at this point. Either have them make up for good (with some family-like squabbles allowed) OR kill Marcel. But to continue this constant back and forth has become tiresome and repetitive for me. I love and appreciate the Shakespearean dynamic but we can shift that dynamic to something a little fresher and less repetitive.

So, I finally figured out/remembered the new regular female character’s name (who also made a few appearances in season 3). It’s Sofya and she’s here for revenge. Somehow, the twist at the end of this episode wasn’t all that surprising. I mean, why is she suddenly in Marcel’s inner circle? And why does he trust her so much after she originally worked with Lucien? She was an obvious plant and an uninteresting one at that. I still don’t feel anything more for the character other than a mild interest in her revenge. Out of all of the fascinating characters from season 3, she would have been last on my last to have stuck around.

The Hollow and Casting Ideas 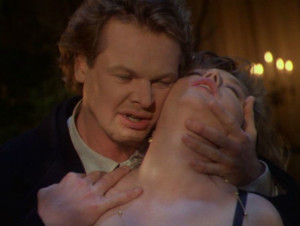 As far as The Hollow goes, it continues to be an interesting villain mostly because it’s unknown and mysterious. I’m especially intrigued with the connection to Hayley’s family. However, I’m most looking forward to who they cast to play its real life form. They really need to find a dynamic, brilliant actor. Anyone have any good casting guesses (as they would have already finished filming season 4)? 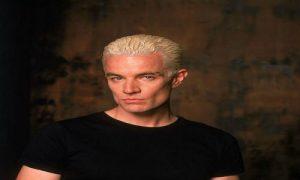 If it were up to me, I’d love to see a wink to some actors who played iconic vampires in the past. Forever Knight (which paved the way for all future vampire series) featured two of the best vampires to ever be on screen: Nick Knight (Geraint Wyn Davies) and Lacroix (Nigel Bennett). Either actor would make a brilliant villain. Not all actors on the show have to be young and dashing.

And also, James Marsters. Sigh. That. would. be. BRILLIANT.

And then, there’s always Julian McMahon. As Charmed also had a villain named The Hollow, it would be a fun homage/wink-wink. If they cast McMahon (I know this would only happen in my dreams!), I would have CHILLS.

And on a final Jason Dohring note, can someone please cast him as the lead in a new show?

Well, what did you think of “I Hear You Knocking?” Let me know in the comments!

1 thought on “The Originals: I Hear You Knocking Recap and Review – Hauntings”