Book Review: And Only to Deceive – Intrigue! Secrets! Romance! Oh, My! 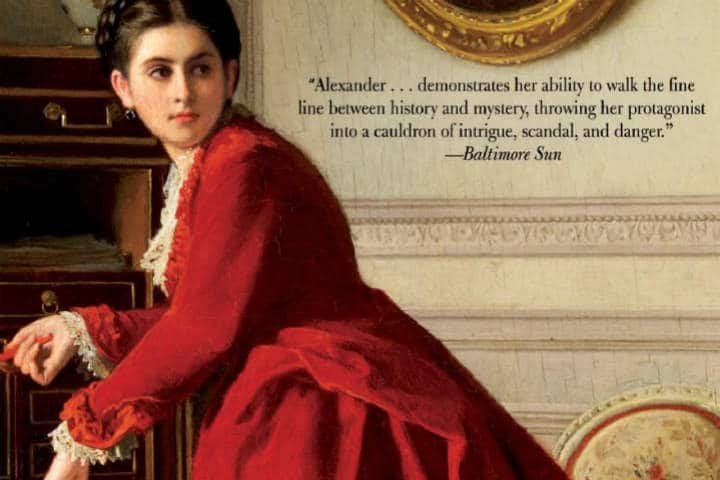 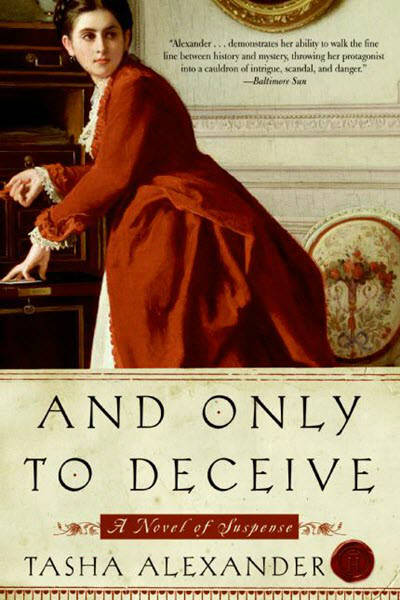 Originally published in 2005, Tasha Alexander’s debut novel And Only to Deceive introduces us to the recently widowed Lady Emily. Mourning a man she barely knew, Lady Emily unexpectedly discovers a hidden depth to her husband. She sets off on a journey of discovery, leading her into a world of intrigue involving the theft of Greco-Roman artifacts. Lady Emily’s quest is not without complications. As a woman in Victorian England, society has set expectations for her conduct. Lady Emily struggles with the expectations of a wealthy young widow and her desire for independence. On top of that, Lady Emily is pursued by two wealthy suitors, one of whom may not be what he seems.

And Only to Deceive Review – A Reluctant Widow

The story begins as Lady Emily is reaching the end of her obligatory two-year mourning period. For Lady Emily, that is exactly what mourning was: obligatory. Emily does not mince words when it comes to her reasons for marrying Philip, Viscount Ashton. Those reasons were not based on love or any great passion. She accepted Philip’s proposal to escape an overbearing mother. They were married very briefly before Philip left to go on safari in Africa. Six months later, he was dead.

Emily is nothing if not honest about her motivations for marrying Philip. As a woman wanting more than what society offered her, she saw Philip as the lesser of two evils. She never bothered to get to know him, dismissing him as the typical English gentlemen whose only interest was the hunt. As a result, she feels guilt and unease whenever in the presence of those who truly knew him. Emily’s curiosity, however, is peaked when she learns her late husband called her Kallista (most beautiful). Wishing to learn more, she throws herself into the world of ancient Greek art and literature. Her desire is to learn more about a man who apparently adored her and spoke of her with love to his friends.

“As always after meeting any of Philip’s family or friends, I felt overwhelmed. I could not share their grief; I did not know the man. Yet here Colin Hargreaves stood and suggested that Philip actually talked about me.”

And Only to Deceive captured my attention from the beginning. A first person narrative, Emily’s speech flows elegantly and captures her state of mind beautifully. Her exasperation is palpable as she listens to her mother muse whether Emily’s gown is the proper shade for her last few months of mourning. Her amusement is genuine when in the company of Andrew Palmer who regales with his biting commentary on society. There is also no doubting her thoughts towards the very handsome Colin Hargreaves, her deceased husband’s closest friend.

A Widow of Means

As a wealthy young widow, Emily is adamant about living as she chooses. She refuses to discuss potential suitors with her outraged mother. She is determined to never marry again, believing she has greater freedom as a widow. After all, the rules of society that apply to unmarried women do not apply in the same manner to a widow. Despite her conviction, Emily does not take any overt steps. Rather, she tests the bounds of propriety with small acts of rebellion. From deciding to drink her late husband’s finest port over sherry to refusing to leave the men to their cigars, you can’t help but cheer her courage. Her spirited nature draws her mother’s ire and the admiration of her would-be suitors.

“My mother had been trying for some time to catch my eye, indicating that she thought it was time for the ladies to retire to the drawing room. I had no intention of leaving the men alone with my port.”

A Sleuth in the Making

Part of Emily’s quest for independence includes her determination to solve the mystery of her late husband. As she learns more about Philip, she finds herself falling in love with him. To this end, she begins to educate herself on his interests. She reads his books. She begins to study Greek. Emily also learns about the black market demand for ancient Greco-Roman artifacts. When Emily discovers a dangerous secret which threatens Philip’s reputation, she begins to suspect a greater conspiracy. As a result, she is torn between her need to discover the truth and her fear of what it will reveal.

The deeper Emily searches for answers, the thicker the tension. Suddenly, the stakes become higher when Emily inadvertently puts herself in harm’s way. From London to Paris, Emily’s investigation raises more questions than answers. You will find yourself quickly turning pages to find out the truth. At the same time, you will despair over the deeply emotional toll on Emily as she chases the ghost of her husband.

Period mystery series, such as the Murdoch Mysteries (since 2008) and Miss Fisher’s Murder Mysteries (2012 – 2015), have enjoyed great success. Thus, And Only to Deceive and subsequent books would be a refreshing addition. I adore a period piece featuring a strong female lead. Despite the rigid rules of society, there were women in Victorian England that pushed boundaries, paving the way for future generations. For example, Emmeline Pankhurst or Florence Nightingale. Why not a female detective!

Further, imagine the sets and costume designs! Lady Emily, despite her progressive nature, still has an eye for fashion! What fun it would be to see her gorgeous gowns in vivid detail!

Final Thoughts on And Only to Deceive

There were very few drawbacks reading And Only to Deceive. It is not highly suspenseful but does have a delicious intensity to it. I did find myself clucking my tongue when Emily jumped to conclusions not based on fact. Further, in light of their role in the overall plot, there were a few secondary characters in need of more development. Ultimately, these few drawbacks did not detract from a lovely read. As the first in a series, it definitely left me looking forward to diving into the next book.

Have you read And Only to Deceive? Share your thoughts below. Also, join me next month with book two in the series, A Poisoned Season!

Content Note:  No profanity or explicit content. And Only to Deceive is an intriguing mystery with the perfect amount of romance.

Buy on:  Amazon | Barnes and Noble (Nook only) | Apple iBooks