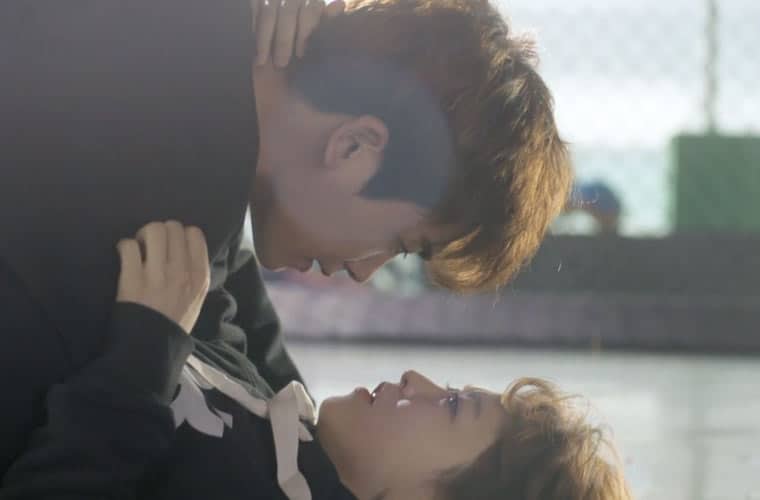 New realizations abound as Bong-Soon, Min-Hyuk, and Gook-Du, examine their feelings about each other. And while the police get closer to the kidnapper, we find out he’s in far more control than we realized!

Not a Fairytale Life

While an intruder sneaks into Min-Hyuk’s room, Bong-Soon hilariously dreams that she’s Juliet and Min-Hyuk is Romeo. Min-Hyuk wakes up to the knife at his throat. He uses some martial arts moves to fight the guy, but thankfully Bong-Soon shows up, smacking the intruder’s head with a pan.

At his father’s shareholder meeting, Min-Hyuk reveals he’s captured two of his attackers in his house and that someone in that very room is after him to stop him from inheriting Dad’s company. He swears to bring the culprit to the next meeting.

Using the intruders’ phones, Min-Hyuk contacts their gangster leader, Baek Tak (also the gangster leader of the punks who Bong-Soon thrashed in episode 1), and gives him a choice: either tell him who’s behind the attacks or he’ll go the police. He gives him the info. And heartbreakingly, it’s the one-person Min-Hyuk trusted: his second older brother. Min-Hyuk sobs to himself over the betrayal.

After Bong-Soon learns about the identity of the baddie, she decides to cheer Min-Hyuk up. They go to the amusement park and eat together. Later that night, Bong-Soon meets with her grandma and mom. Meanwhile, Min-Hyuk confronts his brother, who admits that he didn’t want to hurt Min-Hyuk, but to scare him away. Min-Hyuk decides to forgive him and promises to not reveal him if he stops it for good.

Min-Hyuk continues to train Bong-Soon in controlling her strength. His patience is tested though as her light touch rips apart his punching bags. Bong-Soon visits her brother and sees Gook-Du’s girlfriend, Hee-Ji, there. Bong-Soon apologizes for intruding into their affairs but asks Hee-Ji not to do this to Gook-Du.

Gook-Du and the police follow more clues to a theater where they watch a creepy play, The Blue Mustache and Seven Brides. They think the kidnapper is trying to reenact the play.

At the hospital, Bong-Soon notices something off about the doctor. It’s the kidnapper again! He runs for it. She chases after him but he escapes. Gook-Du shows up at the hospital, angry that Bong-Soon followed the killer. Meanwhile, Min-Hyuk visits the pie shop that Bong-Soon’s dad works at. When Dad talks about how much he loves Bong-Soon, Min-Hyuk admits that he cherishes her too. Awww!

One of the gangster’s beaten up by Bong-Soon (in episode 1) tries to attack her. Gook-Du appears and starts beating the hell out of him. Bong-Soon shoves Gook-Du aside to stop him, throwing him quite a few feet with her strength. 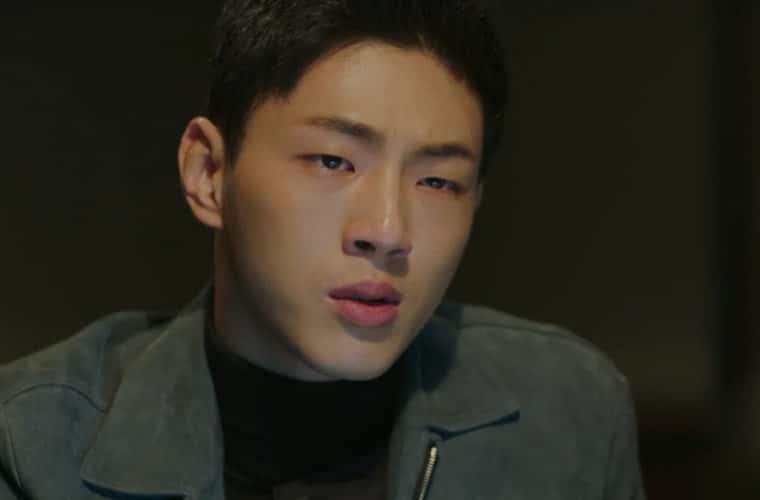 Gook-Du briefly thinks about how hard Bong-Soon pushed him at the police station, but he’s not aware of her strength yet. Bong-Soon and Min-Hyuk meet near her house. Bong-Soon complains that he promised her a job at Ainsoft as a game designer if she caught his attacker, so where is her job? But Min-Hyuk says their deal will be fulfilled once they catch the evil kidnapper that’s onto her.

Min-Hyuk gets Bong-Soon a laptop to start working on her game designing. He also put an image of himself winking as her computer’s background picture. Haha! Oh, Min-Hyuk. Later that day, Bong-Soon beats up some more rude gangsters patrolling her streets. Gook-Du meets with Hee-Ji and apologizes to her. He takes the blame for her falling for someone else because he now realizes that he’s subconsciously liked someone else for a long time.

Min-Hyuk comes to pick up Bong-Soon and ends up eating at her family house. He then takes her to his family’s house where she plays his girlfriend again. She tells the family she likes Min-Hyuk because he’s weird, which everyone accepts as a reasonable answer (except Min-Hyuk, haha). When Dad talks about Min-Hyuk’s past girlfriends, Bong-Soon finally realizes Min-Hyuk isn’t gay. 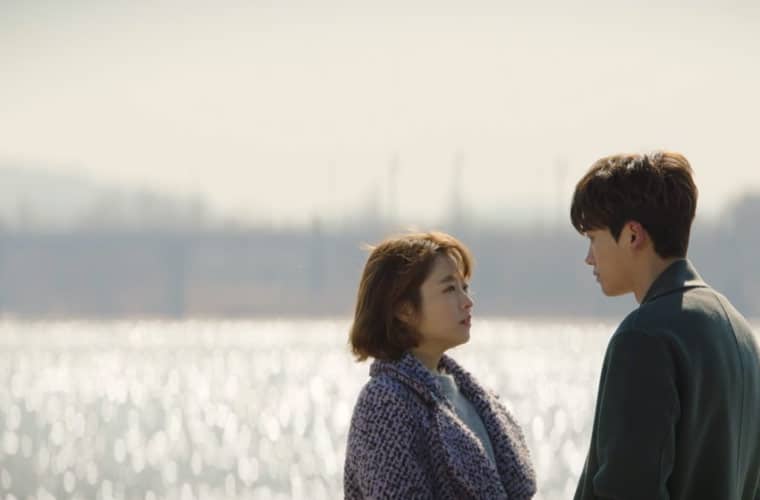 While walking together, Min-Hyuk tells Bong-Soon that guys rarely want to be only friends with a girl. He says that Gook-Du does like her. He says the only thing necessary for friends to become lovers is someone to take the first step. Min-Hyuk silently takes a step closer to her.

While Gook-Du is getting closer to the kidnapper than he realizes, we learn that the kidnapper has CCTV everywhere, even the police station! Apparently, he bugged the police cameras when he was called into the station some time ago. Not good!!!

Baek Tak and his gangsters have had enough with Bong-Soon. They decide to get revenge and use a voice actor to make Bong-Soon think her mom has been kidnapped. Gook-Du and Min-Hyuk learn what happened and rush after Bong-Soon. Meanwhile, Bong-Soon faces a posse of gangsters. They tell her to kneel and apologize for what she’s done to their gang. She tells them they’re going to be the ones kneeling…

Dang, those gangsters are in for it now! It’s pretty clear who’s going to win here (hint: Bong-Soon!). I’m really hoping that Gook-Du is finally going to find out the truth. He obviously thought there was something off when Bong-Soon pushed him, but he’s yet to put two and two together. However, he has already figured out that it’s Bong-Soon he’s liked all along (I mean, it seemed obvious he was talking about Bong-Soon to Hee-Ji). I was really surprised that he came to the realization that he liked Bong-Soon so early. What will happen if he tells her…?

Of course in this love triangle, I’m rooting for adorable puppy and resident weirdo Min-Hyuk! I love all the ways he cares for Bong-Soon: by helping her become stronger with the training, emotionally encouraging her, and even helping her chase her dreams of becoming an Ainsoft game designer.

Min-Hyuk really brought in the touching/moving moments these two episodes. The most heartbreaking scene was Min-Hyuk realizing that his hyung (older brother) was the one threatening him. The utter pain and brokenness he felt that his only childhood friend would hurt him like that practically broke my heart! You can’t hurt our precious Min-Hyuk like that! Even sadder was Min-Hyuk admitting that if his hyung had just told him that he wanted to be Dad’s heir that bad he would’ve helped him get it. Then there was that absolutely adorable moment when Min-Hyuk told Bong-Soon’s dad that he cherished her! I wished that Bong-Soon had been there to hear it!

I was really happy to see Bong-Soon starting to notice Min-Hyuk as a man. She’s finally (at least they made it seem like she realizes) seeing that he’s interested in her. Their chemistry is so undeniable, though, whether or not Bong-Soon fully knows it yet.

We’re also finally beginning to see why the kidnapper is acting the way he acts – he’s trying to reenact that creepy play about a psycho forcing seven women to be his brides. It’s disconcerting, though, because he’s only found four brides… which means he’s three women away from his goal. Hurry, Bong-Soon!

What did you think of the latest episodes of Strong Woman Do Bong Soon? Let me know in the comments!

Our romance-themed entertainment site is on a mission to help you find the best period dramas, romance movies, TV shows, and books. Other topics include Jane Austen, Classic Hollywood, TV Couples, Fairy Tales, Romantic Living, Romanticism, and more. We’re damsels not in distress fighting for the all-new optimistic Romantic Revolution. Join us and subscribe. For more information, see our About, Old-Fashioned Romance 101, Modern Romanticism 101, and Romantic Living 101.
Pin this article to read later! And make sure to follow us on Pinterest.
By Faith White on March 21st, 2017