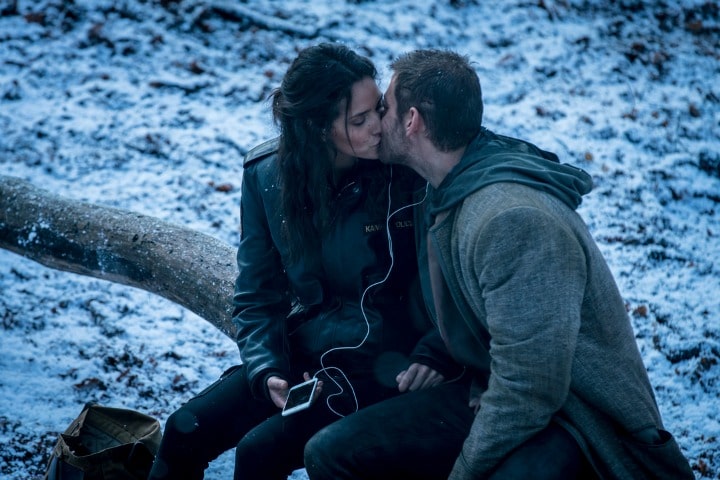 Photo from the episode “Science and Magic”

Airing a limited miniseries is a trend that seems to appear and disappear on TV screens before I blink. NBC’s latest is Emerald City, an urban fantasy that tweaks, revamps, and in most instances reconstructs, the classic known as The Wizard of Oz.

Dorothy Gale (Adria Arjona) is a bright, hardworking young woman who has been raised by her aunt (Holly Hayes). She doesn’t know her biological mother except that she left Dorothy with Em when she was just a baby. Twenty some years later, her mother (Gina Bellman) mysteriously returns, perhaps with the intention of a reunion between them. Dorothy’s complicated emotions when it comes to this woman makes seeing her difficult, especially when it’s Em who Dorothy thinks of as a mother.

Everything she knows and trusts is suddenly stripped away in the aftermath of two events. The first being the discovery of her mother with a bleeding wound. The second, a tornado that catches Dorothy in its fury. It sweeps her far from home where she later wakes in a land called Oz. And then there is the stranger Dorothy rescues. He’s a man who cannot remember his past or name. Dorothy calls him Lucas (Oliver Jackson-Cohen), and with little fanfare, she finds herself a traveling companion. 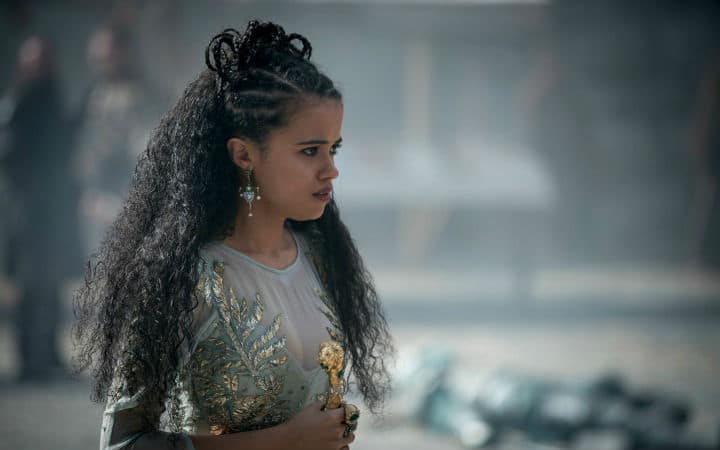 The Wizard of Oz isn’t one of my favorites as fables go, but when the mood strikes, I enjoy revisiting the world. The one thing I most admire about fables/fairy tales that re-imagine the story for a contemporary era is the creativity. If nothing else, I admire the manner in which writers blend two worlds (vintage and modern). Though a second series order (limited or otherwise) is a grim possibility, Emerald City is a unique juxtaposition of elements.

The finale gives “enough” closure so that this season can work as a standalone, but answering “what’s next” would be nice. When I began to watch this, there wasn’t a “wow” factor. Entertaining, yes, but beyond this, I didn’t know if the “hook” was enough to keep me coming back. The writing came across stilted at times with dialogue that wasn’t always natural, but the story board set itself up well along with the unique costumes. The further things progress, the more intricate they become.

RELATED | YA Book Review: Dorothy Must Die – A Dark Reimagining of a Classic Story 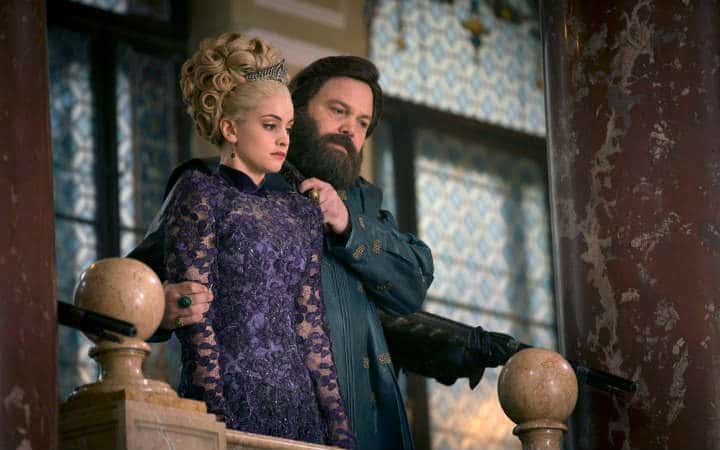 Some episodes are more interesting than others. Primarily this is a result of the story stalling without pushing its premise forward. Almost as if the writers hit the “pause” button on the flow. My theory for this is there is a need to end with a cliffhanger, and the story requires a slower pace. But one element that couldn’t be accused of being dull is the characters. All of them inspire suspicion (even those we desperately want to believe in), but whether they’re good or bad, everyone is fascinating.

Jack’s story inspires curiosity, and we see Stefani Martini from Doctor Thorne play in this plus Lark Rise to Candleford star Oliver Jackson-Cohen. Everyone in the cast brings their a-game (including newcomer Jordan Loughran and Vincent Donofrio), and it’s especially nice to see a relative unknown take on the role of Dorothy. A role she plays very well.

Perhaps the most unique thing about Emerald City is how the familiar comes to be. The introduction to iconic characters like the Tin Man or Scarecrow is clever. The romance is “slow burn” and complications (after all, they do try to kill each other), but I’d be lying if I said I didn’t 100% ship it. (All I’ll say is, observe the iPod scene.) If you’re a fan of escapism fantasy series (or SyFy’s Tin Man), this is the perfect weekend binge-watch material. It’s a terrifying and beautiful world of adventure, magic and of course, a new romance to root for.

Where to Watch: For a limited time, you can stream the entire series on NBC.com, find on Hulu, or purchase episodes through Amazon Video or iTunes.

Content Note: There are adult situations, backside nudity, and violence depending on the episode. Characters die and experience torture (usually with magic). Most episodes would earn a TV-14 rating.