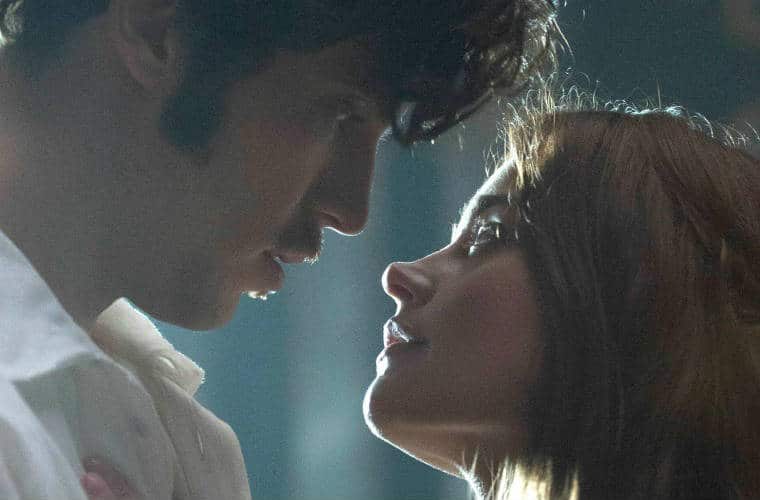 The latest installment in ITV’s Victoria is magnificent. Though I’d argue, to this point, all have been. But Victoria Episode Four capitalizes on Victoria and Albert’s budding romance and also unravels the weak edges of their otherwise bonded relationship.

Victoria Episode Four deals with Albert leaving for his home, and the letters that pass between him and Victoria during this separation.

In between kisses (which they sneak away to steal), Victoria and Albert share dreams of when and how they want to marry. Victoria wishes that she were an “ordinary woman” so their wedding could be about them and not traditions. But the one thing they both desire is that the marriage takes place with haste.

Unbeknownst to Victoria, her uncle, Leopold tries to convince Albert to “mold” Victoria into a sovereign he can control. All of this precedes Albert’s request that he be granted an allowance and title. You see, he wants more than being the husband who walks two steps behind his queen. He wants something that allows him some independence.

Albert returns to his family home which separates the couple for a period of weeks. During which time, they write faithfully while turmoil in the Privy Council and House of Commons oppose the match and Albert’s request. Victoria seeks approval from the former, and the latter protests Albert’s heritage (German).

Albert’s family also pressures him to insist on a title. In the end, Victoria secures 30 thousand and no title.

Victoria decides she wants a white dress and must choose who is to give her away. As she goes about her wedding plans, she learns her father had a mistress, which makes her question Albert’s faithfulness.

Meanwhile, Albert’s wild brother Ernest takes him to a house of ill-repute in the hopes of giving him a night to remember. Unlike his brother in so many ways, Albert refuses to sully the sanctity that will be he and Victoria’s wedding night.

Upon Albert’s return, the reunion sours when Albert discovers Lord Melbourne has chosen his household. Again, it would seem Lord Melbourne holds a greater part of Victoria’s counsel which doesn’t set well with the man about to marry the Queen of England.

I Do’s and an Emotional Goodbye

The day of the wedding arrives, and much to the displeasure of many, Victoria does things her own way. She wears a white wedding dress and promises to obey Albert before God and those in attendance.

Before she and Albert leave on their shortened honeymoon (because Victoria can spare no more than two days), she bids goodbye to her confidant and friend, Lord Melbourne. As they stand in the hall talking, the student becomes a wiser soul for having known Lord M. As she tells her mentor, “You were almost right.” 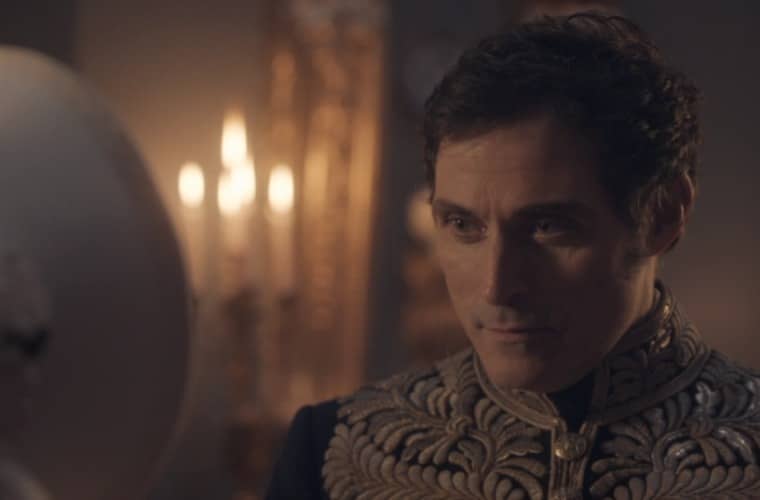 “I shall never forget,” she tells him. This statement is, of course, referring to the affection and love she had for him, and the declaration she made that he rejected. 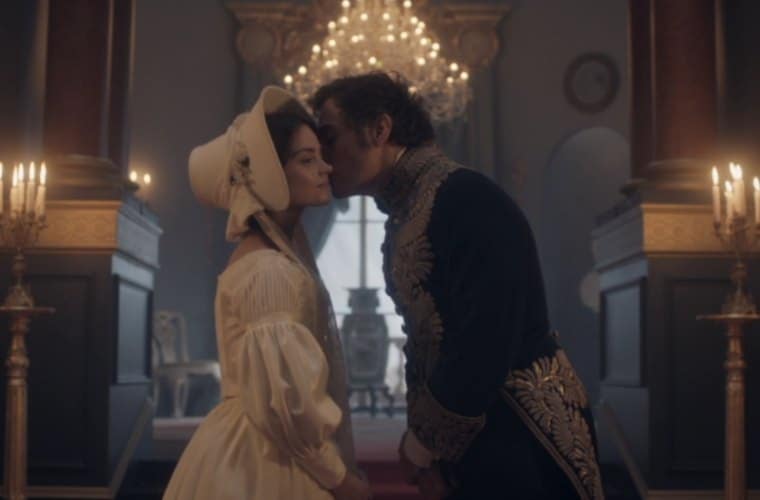 He asks if he can kiss the bride. Gently he leans in and kisses her cheek. She takes his hand and with a mature knowledge she hasn’t possessed before, she gently says, “Goodbye Lord M.” In this moment, he understands his beloved queen is no longer in need of him. He can do nothing but let her walk away.

With no further words, she turns, and down the hall, she runs towards what is now, her future; Albert.

To close the episode, the writers give us a beautiful scene of Albert as he joins Victoria on their wedding night. Nervous, Victoria asks him if he’d like a refreshment. Gently he lowers her to the bed, where they share their precious first kiss and moments as a married couple.

Not much else happens since Victoria and Albert’s wedding day is the pinnacle of this episode arc. But Chef Francatelli continues his pursuit of Skerrett, asking her if they can start again. And then he puts his foot in by asking her, “don’t you want to get out of here before you fade?” (Of course, as it might any lady, this sends her to tears. Here’s a tip, Francatelli: Bad move, dude!) Last week, we made the discovery that she’s making provisions for her cousin and the young daughter she’s raising.

What did you think Victoria Episode Four? I find it interesting that Albert seems to, from the start, love Victoria with everything he is (“The only woman I want is you.”) whereas other adaptations don’t portray this. Sound off below with your thoughts!

Read all of our Victoria recaps!