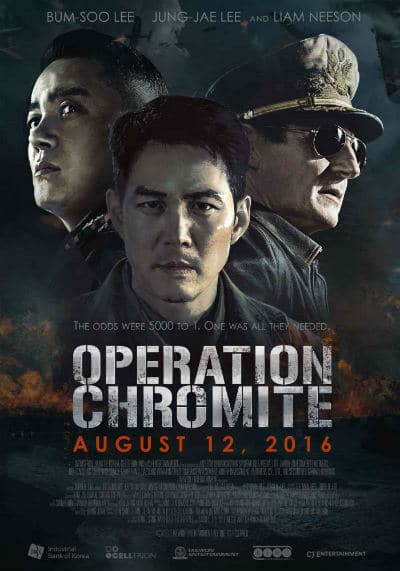 Battle for Incheon: Operation Chromite is a South Korean historical war drama (albeit fictionalized) about a few of the unsung heroes of the Korean War. Notably, the Korean members of a reconnaissance team (codename in history “Trudy Jackson”) placed ahead of the battle to relay information back to General MacArthur and the U.N. Forces. While an imperfect film, Operation Chromite is an entertaining and emotional war film that uses storytelling techniques appealing to anyone who enjoys old-fashioned war films where the heroes triumph in the end – despite all odds against them.

RELATED Rogue One: A Star Wars Story Review – The Most Romantic Star Wars Film Since ‘The Empire Strikes Back’

It’s important to note, however, that the film focuses more on the dangerous spy operation (known as X-Ray) than the actual battle. The Battle for Incheon is shown toward the end of the film in a satisfying sequence – though is certainly not the main focus. The focus relies instead on the events leading up to the battle – which all in all makes for a more compelling film. So, if you enjoy spy films but not war dramas, you may want to still give this film a chance.

The head of the operation, Captain Jang Hak-soo (played with charisma by Lee Jung-jae), brings a team of 7 members of the Korean Liaison Office to go undercover as a North Korean inspection unit. They disguise themselves in an attempt to infiltrate and gather important intelligence (as well as gain control of a lighthouse) crucial to the future success of the Battle for Incheon.

Meanwhile, MacArthur (played by the always talented Liam Neeson) plans Operation Chromite. Even with the chance of success at 5000 to 1, MacArthur believes it’s the only way the war can be won. He charges full speed ahead to Korea with 75,000 troops despite protestations and misgivings from the American government and the U.N. Needless to say, if you’re at all familiar with history, then you know the outcome and why General MacArthur remains an important hero in the Korean War.

As a whole, despite the flaws, Operation Chromite is a mostly satisfying and exciting film with interesting characters, heart-pounding war sequences, emotional moments, and suspense. However, looking at the film for its entertainment factor, I think the film mostly succeeds.

Still, there are some weaknesses that may turn off some viewers. The heroism in the film can be heavy-handed. One, in fact, may find General MacArthur in the film more as an idealized, deist-like war hero than an actual human being. I also felt the North Koreans needed better characterization. Plus, there are a few moments of clunky dialogue that could have been polished with another script re-write. But as a whole, Operation Chromite is a heartwarming and hopeful war film made in an old-fashioned style that should appeal to an audience who appreciates the director’s non-cynical approach and the optimism presented in the midst of bleakness. 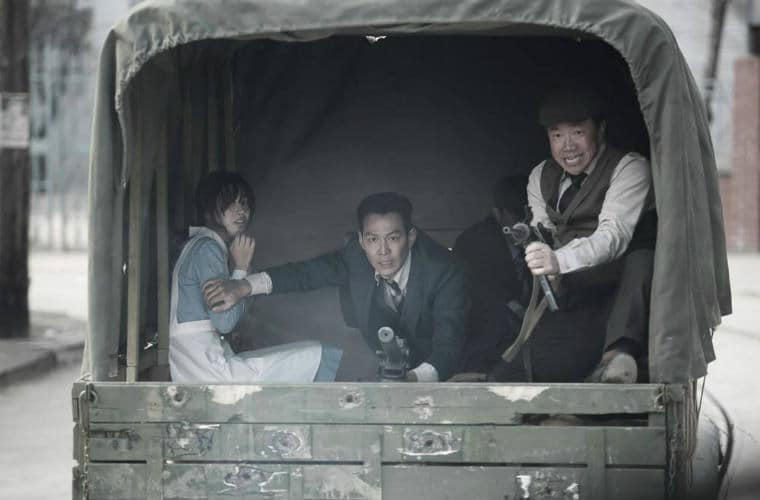 And while this is an ensemble piece, the characters of Jang Hak-soo and Han Chae-seon (Jin Se-yeon) are the most compelling. Their parallel arcs and similar stories make for great characterization and really pull the film together. While Hak-soo changed allegiance in the past (in an intriguing story) from North Korea to the South, Chae-seon’s change and journey happen during the film as she’s thrust into spy games and war – albeit against her will at first. The film asks the question: Is ideology more important than blood? That’s a question Chae-seon has to ask herself as she decides which side to be on. I personally found her to be a fascinating female character I would have enjoyed exploring a little bit more.

I was also pleasantly surprised with the subtle romance between the two of them. Their similar backgrounds connect them in a way that brings them closer together – even though romance remains unexplored due to timing and war. However, their subtle connection and chemistry are enjoyable to watch onscreen.

Overall, while Battle for Incheon: Operation Chromite is an imperfect film, it is still an inspiring war drama with great performances and a memorable story from history that deserves to be remembered more than it is. If you enjoy historical dramas and appreciate uplifting (albeit sad) war films then you should enjoy this film.

Operation Chromite is now available digitally as well as on DVD & Blu-ray.

Content Note: Not Rated – but borderline Rated R. There are a few violent war sequences – although not excessively explicit or needlessly drawn out. There is also brief strong language.

Have you seen Operation Chromite? What are your thoughts on this film? Let me know in the comments!

(more like 3 1/2; could have been higher if explored more)