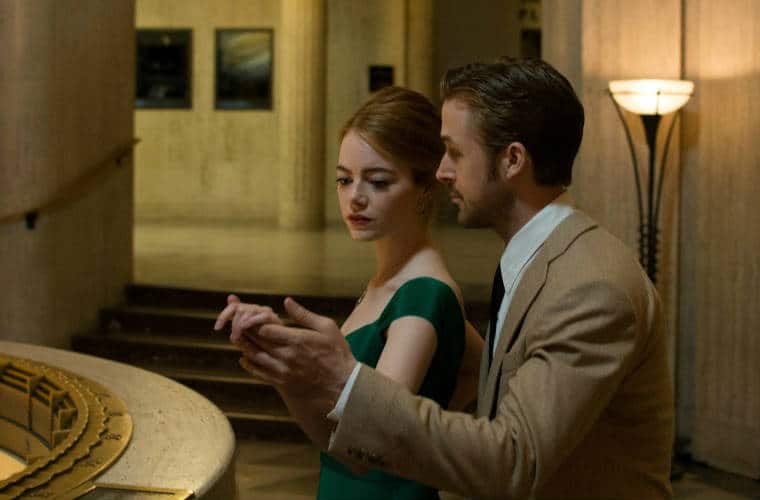 Musicals are no longer known only as classics from yesteryear. In recent years, they are a genre that could be coined as the “comeback kid.” Everywhere from the silver to the small screen, musicals are again giving audiences something to delight in. It would seem filmmakers have been re-inspired, and have set about introducing an entirely new generation to the art known as “the musical.” Here’s what La La Land is all about.

As an aspiring actress, Mia (Emma Stone) has a big dream. Instead, her reality is one that consists of serving coffee to the stars on a movie lot. She’s laughed out of more auditions than she cares to remember and is without a backup plan. Life is sweeter for a while when she meets Sebastian (Ryan Gosling), an aspiring jazz artist. Unfortunately for Sebastian, his art is dying.

But there is something exceptional about Mia. The more time they spend together, the more they fall head over heels for each other. But in pursuit of their relationship, they “settle” instead of pursuing dreams they no longer remember.

There is something captivating about this production that I cannot quite put my finger on. It’s more than the appeal of its musical pizzazz or story. It’s something entirely different. Perhaps this is, in part, because this is a film so very unique and unlike anything I’ve seen, maybe ever. The “special something” it boasts makes this film “pop,” even if it is in quieter ways. 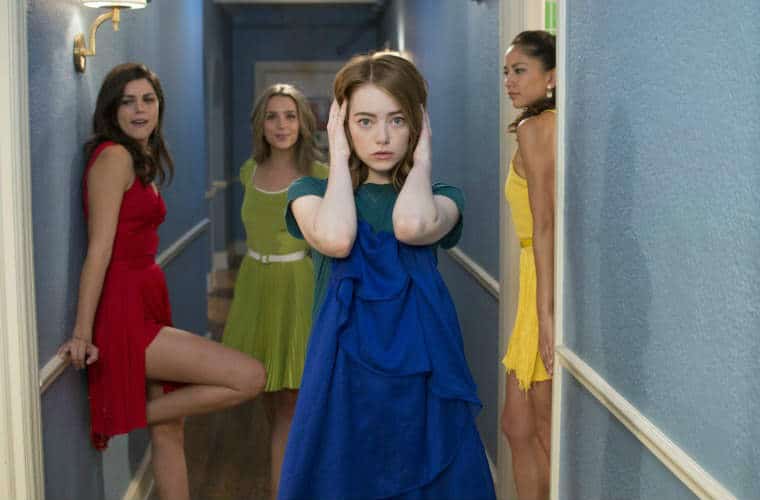 From a production standpoint, La La Land is nearly perfect. (It has the record breaking number of Golden Globe wins to prove this!) The staging, choreography, and bright colors are eye catching, and the music, well, it’s gorgeous. However, for all its merit, I feel like the beginning is bumpy. While the opening number is impressive and sure to inspire smiles, the start of the actual film (the story) is less so. The setup or introduction to the story feels irregular, which I think may hinder some from becoming as immersed in the story as quickly as they otherwise might have.

Once this passes, I think I can say this film is (nearly) flawless. Is it something that will appeal to everyone? No, but then that’s a rule that applies to everything. La La Land has a wonderful cast, though it’s really Emma Stone and Ryan Gosling who shine the brightest considering they get the most screen time. If we’re not with Stone’s Mia, then we’re with Gosling’s Sebastian, all in pursuit of playing catch up with their lives. They carry the songs well, and though simple, each of their dance numbers is entertaining (particularly the one in front of the park bench).

As I watched this 2-hour musical extravaganza, I had many thoughts. One being a realization that this is a quieter, mature and intelligent musical. This story arc isn’t prominently sound as some, nor is it chocked full of random-burst-into-song moments (which I appreciate). For most of the film the structure of the script follows the four seasons, that is until we come to the five-year flash forward ending, which is perhaps where the greatest surprise lies. Some will see this ending as bittersweet, while others will leave enraged. Then there are those of us who will feel as if this is the best kind of happy ending. Yes, this is that ambiguous of a conclusion. It’s one I didn’t see coming, but with the final look that passes, I thought the film wasn’t so much closing to tears, but rather a future with happiness.

As the story draws to a close, we have to adjust our understanding of what kind of message it aims to convey, and the impact it is intended to have on the audience. I have a clear view of my vision for the story’s reality but this is the kind of dreamy story that allows each of us to envision our own specific interpretation. Overall, this is what makes La La Land, in my opinion, one of 2016’s best films.

Content: There is some profanity (including an F-word), and a couple lives together. La La Land is rated PG-13.

Have you seen La La Land? Did you like, dislike or walk away with mixed feelings? Comment down below. I’m looking forward to your thoughts.