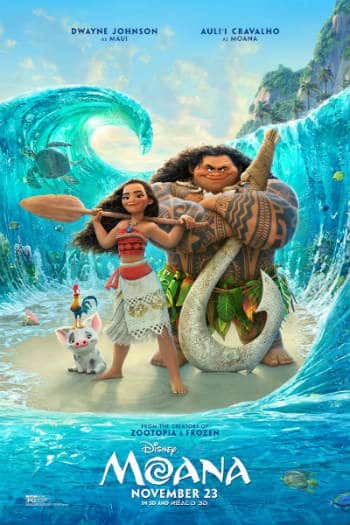 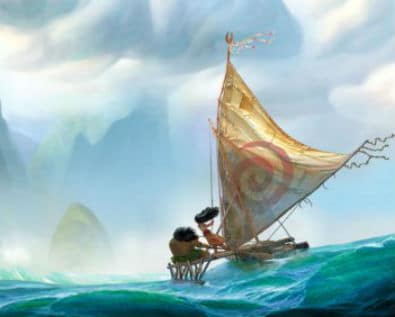 Could Moana really be that good? Yes, it actually is.

Between the stunning computer graphics, the amazingly catchy soundtrack, and the wonderful characters, Moana might be one of the best Disney movies I’ve ever seen. The film is directed by Disney veterans John Musker and Ron Clements, with music by Mark Machina, Opetaia Foa’i, and Lin-Manuel Miranda.

Also, Dwayne “The Rock” Johnson is Maui. How cool is that?

I don’t want to spoil Moana, but here are the basics. The demigod Maui steals the heart of the goddess Te Fiti, but loses it, his freedom, and his magic fishhook in the process. Meanwhile, tons of monsters want the heart for their own.

For years, the ocean keeps the heart safe until it finds the chosen hero to find Maui and return the heart to the goddess. It chooses Moana. This sets her off on a journey beyond the horizon, to a place she only dreamed of, doing things she didn’t know she could do, trying to save her island and her people from the destruction that is creeping nearer. With a cranky demigod and a crazy chicken, Moana sails off on an adventure. She will battle pirates, monsters, and her own self-doubt before her quest is complete.

The main characters are solid. Our hero, Moana, is refreshingly complex. Moana has always been drawn to the forbidden ocean. She wants to make her father proud and be a good leader to her people, but when the ocean chooses her for a mission to restore the heart of Te Fiti, she discovers that the ocean is in her blood. She is feisty, determined, brave, and strong, but also has a sense of duty and a love for her family that guides her actions. She’s a wonderful character, her journey is inspiring, her struggles seem real, and her voice actress, Auli’i Cravalho, is amazing.

Maui is not the main character, but his journey is still done well in the film. As it turns out, Maui has a lot more layers than I first realized. Watching this character unfold is a ton of fun, as he learns and grows with our heroine. In Maui’s introduction song, “You’re Welcome,” the character is brought to life with charm and glee by The Rock. Honestly, even when you don’t like Maui, you just can’t hate him.

The animation is also beautiful. Except for one wave, it moves in realistic ways. Watch the movie and you’ll understand what I mean. As someone who has sailed, I’m very picky about how the ocean looks in films. The ocean is actually a character, an interesting and well-done choice. Another great thing about Moana is the music. Lin-Manuel Miranda brought us In the Heights and Hamilton, while Mark Machina worked on Lilo and Stitch. The songs are catchy, the soundtrack is gorgeous, the story is solid, and the vocals are amazing. 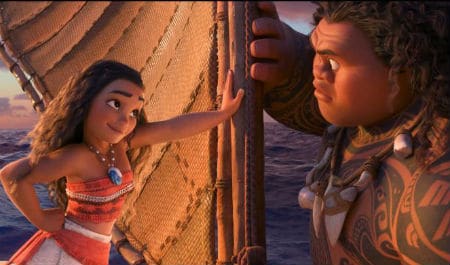 This holiday season, add Moana to your list of films to see. If you have kids, grandkids, nieces, nephews, or just love to watch good films, you’ll probably like it. However, if you love good animation, amazing music, strong and realistic heroines, and adventure stories, you’ll probably love it.