The Legend of Tarzan – A Refined and Unapologetic Romantic Period Adventure 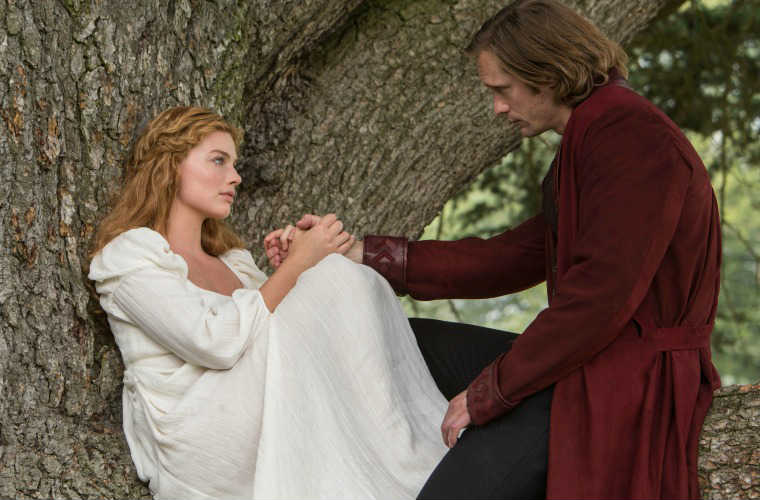 The Legend of Tarzan Review

If there is one thing the Box Office likes more than sequels, it’s a retelling. Re-imagining a legend or fable seems one of Hollywood’s greatest hobbies. This 2016 film follows in these footsteps by looking past a pure origin story to introduce us to their version of the legend that is Tarzan.

As legend has it, Tarzan’s is one of the greats. His story is whispered about, spoken fondly of and despised by few. For eight years, he lived in London under his given name, John Clayton (Alexander Skarsgård). As John Clayton, he is the heir to his titled British parents’ fortune. Alongside him, John has married the love of his life, Jane Porter (Margot Robbie). Their life is settled and satisfied.

Everything changes when John receives an invitation to tour Africa from King Leopold. He declines… until George Washington Williams (Samuel L. Jackson) convinces him otherwise. You see, George needs proof the King is involved in slave labor. In order to obtain this, he needs the best guide to get him there. But what George doesn’t know about John is by returning to the place he grew up, danger lurks. Awaiting him are enemies – including the man trailing him, Leon Ron (Christoph Waltz), seeking revenge.

Prior to opening this past July, my “first impression” of Tarzan’s narrative shifted countless times. At the onset, I figured there was absolutely no way this would be worth its run time. (I had a biased opinion it’d come off as “ridiculous.”) As more promotional material popped up, I saw The Legend of Tarzan in an entirely different and positive light. Once the DVD release day arrived, I aimed to discover which result was true. Needless to say, I am now fond of this entertaining period drama adventure. 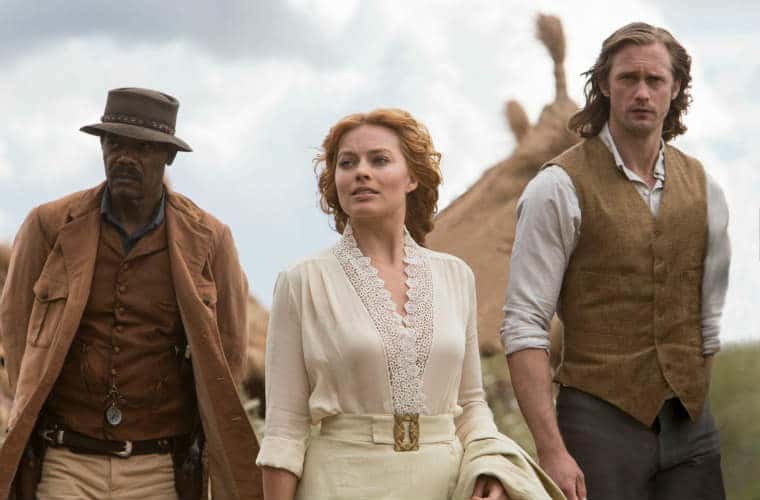 Discovering this version of Tarzan is everything I wished it would be and nothing I expected. Since my only experience with The Legend of Tarzan is the 90’s animated Disney film, I had this image in my mind. Let’s face it, Disney movies are magical, and while they have a time and place, sometimes you want something beyond animated fluff. This screenplay achieves this and then some.

Perhaps what delights me most is the romance. Anything that plays to my romantic heart is sure to win me over without trying too hard, and The Legend of Tarzan abundantly does this. I don’t think I expected the romance to play as great a role as it does, when in fact, it’s the romance that underlines everything else. The present love story between Jane and John is a parallel timeline with their first meeting. The film’s ultimate message is one of love and honor and the power of both. The gift of love is one that can inspire anyone to overcome any obstacle. The story allows itself to become lost in this love story, and I’m a happy girl because of this.

He is no normal man. He was thought to be an evil spirit, a ghost in the trees. They speak of his power over the animals in the jungle. No man ever started with less.

Under the experienced direction of David Yates (known for multiple Harry Potter installments and the upcoming ‘Fantastic Beasts’), The Legend of Tarzan flourishes. The wilderness setting is both frightening and somehow beautiful. Every costume is also gorgeous and the entire grand scope of the imagery is all it should be. An epic adventure, the cast also lives up to the story. Alexander has the blend of aristocratic and rugged look to carry off the role, and it’s a nice touch to incorporate the effects (i.e., the bone structure of his hands) of his life in the jungle. Margot’s wholesome beauty makes Jane the ideal mate for him, and I love their connection. Similarly, Waltz gives life to a creepy villain while Jackson provides humor for another interesting character.

The script also allows us to see Tarzan (John) as an intelligent man as capable at a London meeting with a cup of tea as he is in the jungle. This is something else I respect and appreciate. I dreaded seeing the character presented as something of an imbecile. I ponder this film as a complete picture and can easily say I adore it. As for the end, I’m not sure it satisfies completely. This is not for lack of a happy ending, but because it leaves something incomplete… as if a part of the story is left to fate. The film is now available on DVD.

Have you seen this adaptation? What were your thoughts? Sound off below. I’d love to talk with you.

Content Note: There is one scene of sensuality (close up shots of lovers) and some violent deaths (usually out of camera frame). There is an instance of crude humor. The film is rated PG-13.